Do donations of artificial milk help or hurt Haiti's babies? 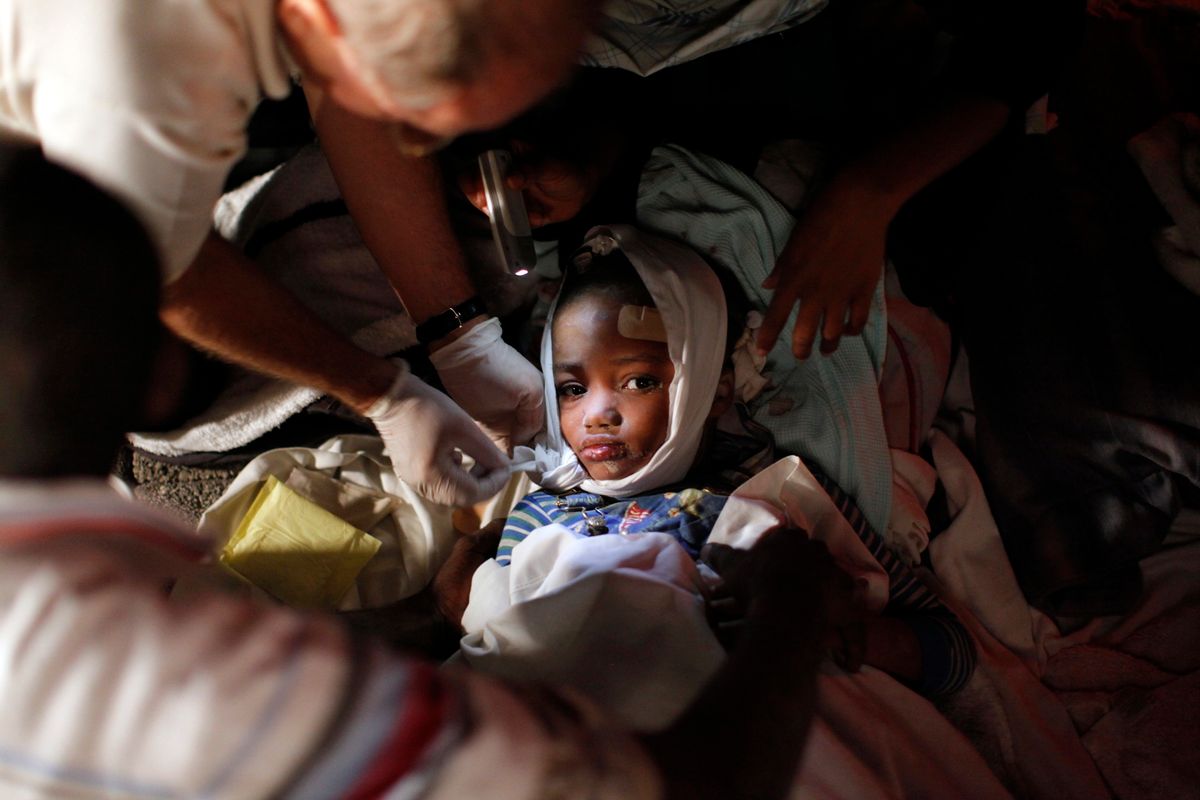 In the wake of Tuesday's catastrophic earthquake, Twitter has been inundated with calls for donations of baby formula to send to Haiti. One frequently re-tweeted message relayed an urgent, all-caps plea from a friend on-the-ground: "WE R DESPERATE 4 BABY FORMULA, NIPPLES/BOTTLES ... ." Meanwhile, a much smaller rival campaign has been underway: "Please don't send powdered formula to Haiti!" tweeted a doula in Long Beach, Calif. Later, a breast-feeding activist from Ontario, Canada wrote: "PLEASE! don't send formula to Haiti! The women&children shouldn't be victimised twice! Breastfeeding during emergencies is VITAL to health."

Well, which is it? It's hard enough to navigate the contentious breast-feeding debate in the developed world, let alone as it applies in the poorest country in the Western hemisphere -- and during a heartrending crisis, no less. So, I spent the better part of a day on the phone and immersed in reports from UNICEF and the World Health Organization to get the lowdown on baby formula as aid.

The main issue with dry baby formula is fairly intuitive: It has to be mixed with water, which raises the risk of contamination. Access to water is always a concern following major disasters; and it was an issue in Haiti even before the country's basic infrastructure was flattened. Even given a water source, very few Haitians will have "the place to boil the water to make it safe," says Marie St. Cyr, an activist and former director of the Haitian Coalition on AIDS, and few will have the resources to sterilize bottles and safely prepare and store the formula.

Formula-feeding in such stark conditions can bring about infection, diarrhea, dehydration, malnutrition and death, according to UNICEF. In fact, following the earthquake this fall in Indonesia, the organization had to issue a call to halt donations of formula. Three years earlier, after another earthquake in the region, UNICEF found that infants younger than six-months who were fed donated formula were twice as likely to have diarrhea than those who did not receive formula; the rate among babies between six and 23 months of age was "five times the pre-earthquake rate."

Breast-feeding is not only clean and safe, but formula simply can't compare to human milk's nutritious benefits and its ability to fight off illness. A common refrain is that women are too weak or stressed during a major crisis to produce milk, but according to the American Academy of Pediatrics, that's bunk. All but the most extremely malnourished mothers are generally still able to lactate; and most women are fully capable of breast-feeding under stress, so long as they have the "appropriate support and guidance." Plus, a baby's suckling actually releases hormones in the mother that relieve her stress level. From this point of view, it seems to make more sense to provide food and clean water to the mother and encourage her to breast-feed, instead of diverting precious resources to artificial milk.

That isn't to say there aren't cases where formula is needed, though. Some mothers are incapable of producing milk, even with the guidance of a trained rescue worker, and some babies are without mothers or wet nurses. In such cases, both the AAP and the Centers for Disease Control and Prevention recommend using ready-to-feed formula, which doesn't need to be mixed with water. As for the small amounts of formula that are needed, Meredith Connelly, a spokesperson for the Red Cross, said it is much "faster for organizations to collect funds and distribute what is needed to the people on the ground," and that way they can "give what is really needed." This is generally true as far as effective aid goes, but it also makes it easier for rescue workers to vet the source of the formula and avoid contaminated or inadequate brands. On a similar note, Lori Ham of Help for Haiti's Children said that what they need -- or "R DESPERATE 4," as that tweet put it -- is money.