Here's to the chicken-hearted and the gutless! 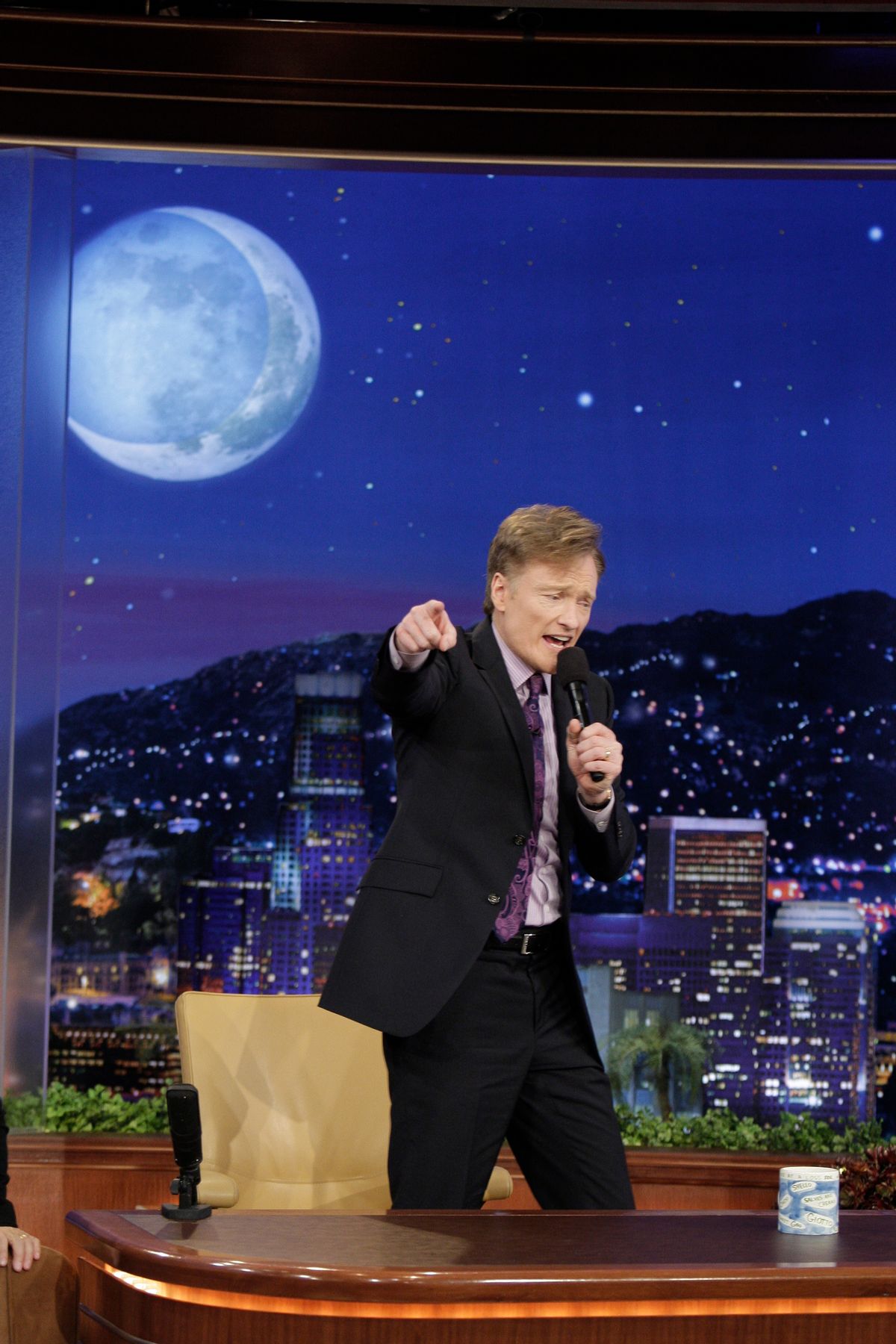 Oh, snap! The Leno/Conan switcheroo finally makes sense! Thanks to a priceless report by the New York Times today, we've learned that Conan O'Brien refused to take some really great advice from NBC executive Dick Ebersol about how to broaden his appeal by adjusting the style he used for 16 years on "Late Night." Apparently Ebersol recognized clearly that Conan's quirky style would never play in the central time zone, and he warned him of that fact. But did Conan listen?

No! The stubborn redheaded stepchild brattily stomped his feet and refused! The comedian and host arrogantly resolved to follow his own instincts about what is and isn't funny and entertaining instead of relying on invaluable comedic advice from the head of NBC Sports.

Doesn't Conan know that graying executives who spend half their time on the golf course retelling old Henny Youngman punchlines with their executive buddies know much more about comedy than he does? How could he be so foolish and naive?

After asserting that Jay Leno was blameless, Ebersol went on to call Conan's short tenure on "Tonight Show" an "astounding failure," and said Conan was "gutless" and "chicken-hearted" for criticizing Leno and NBC, even if it did make millions of Americans laugh heartily, even if Conan's ratings are steadily climbing as he lashes out, even if millions of Americans are rallying to Conan's defense.

Conan O'Brien should've listened, damn it. But now it's too late.

And now, a word to the budding (and established) comedians, writers, editors, publishers, entertainers, actors, musicians, poets, dancers, teachers, professors, philosophers, ministers, scientists, mathematicians, businesspeople of this country who struggle every day to nurture their own odd ways of doing things, their own unconventional or unusual designs or artistic notions, their own original, risky approaches, to those who look at what America currently believes, enjoys, expects, embraces, and say, "I have a different idea of what this could look like"? Keep sticking to your guns. The day you listen to the know-it-all in the gray suit is the day your soul dies.

The most brilliant and original novels and works of art and theorems and discoveries of recent history were all greeted as idealistic, impractical, bizarre, delusional or utterly wrong at one point or another. This is how good things come into being: Someone listens politely to the opinionated blowhard, shakes his hand, and forgets all of that priceless advice within seconds.

Unfortunately, the man in the gray suit may quickly grow impatient. Whether you're working on your thesis or coming up with a new marketing model or writing experimental fiction or challenging the current notions about internet browsing habits, you may not have a lot of time to try out your approach. In Conan's case, thanks to Leno's spectacular failure, he had a few short months.

And sure, plenty of experiments fail. But what's the alternative? A nation of copycats, playing it safe, catering to the lowest common denominator.

So, whether or not Conan O'Brien spins comedy gold every single night, let's give him a round of applause for his supposedly chicken-hearted, gutless move to stand his ground, to ignore lame advice about – let's just guess – dumbing things down and making his subtle jokes more clunky and obvious, since Americans aren't smart enough to appreciate anything weird. We Americans, who embraced "Seinfeld" and "The Simpsons" and a million other weird things that were initially judged as far too out-there and experimental to hit it big, we Americans, who are besieged by crappy TV that's supposedly right up our alley? Let's applaud Conan for giving us a little credit, the way the creators of the very best shows on television did.

Because there's nothing in the world that's more gutless and chicken-hearted than assuming that your audience is stupid, and serving them up something stupid to please them. Great television, from "The Sopranos" to, yes, "American Idol," is created by passionate people who actually believe in what they're doing. That's why Conan said no to moving "The Tonight Show," because he believes in the franchise. And that's why we'll say no to "The Tonight Show" hosted by Jay Leno. Despite what Dick Ebersol and the other geniuses at NBC assume, we're not that stupid.

Conan O'brien I Like To Watch Jay Leno Nbc Television