"Look, if a woman isn't ready to have her kidney removed, it's clear she has doubts about getting an abortion" 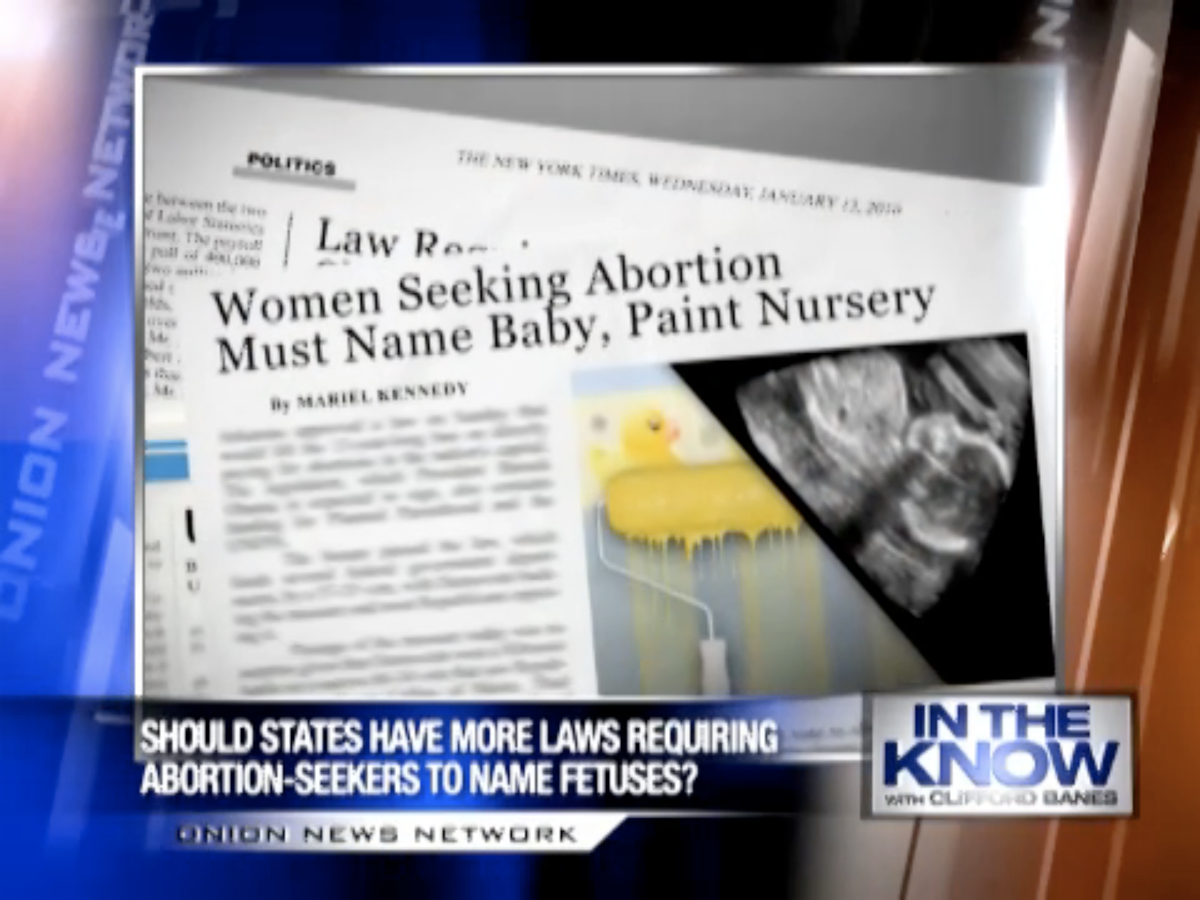 "New Law Requires Women to Name Baby, Paint Nursery Before Getting Abortion." If you've been paying attention to the erosion of reproductive rights over the last several years, it's the kind of headline that makes you think, "Man I hope that's from The Onion" for a split second before it sinks in that of course it is. For now. Riffing on state laws that require clinics to perform ultrasounds on pregnant women before an abortion, The Onion News Network offers a brilliant satire of anti-choice arguments in favor of assuming women who want to terminate a pregnancy are ignorant or delusional. They're just giving women "all the information they need to be sure they're making the right decision," of course -- certainly not making unreasonable demands or using inflammatory language to manipulate emotions or anything. "If a woman clears out a room in her house and assembles a crib and buys three toys for the child, and a few other simple steps, and then decides that she wants to purge that baby from her womb, then she can!" It's a painfully funny video, but the emphasis shifts from "funny" to "painful" if you think about it for too long.