Democrats' Senate supermajority may be at its end after Massachusetts' special election, polls show 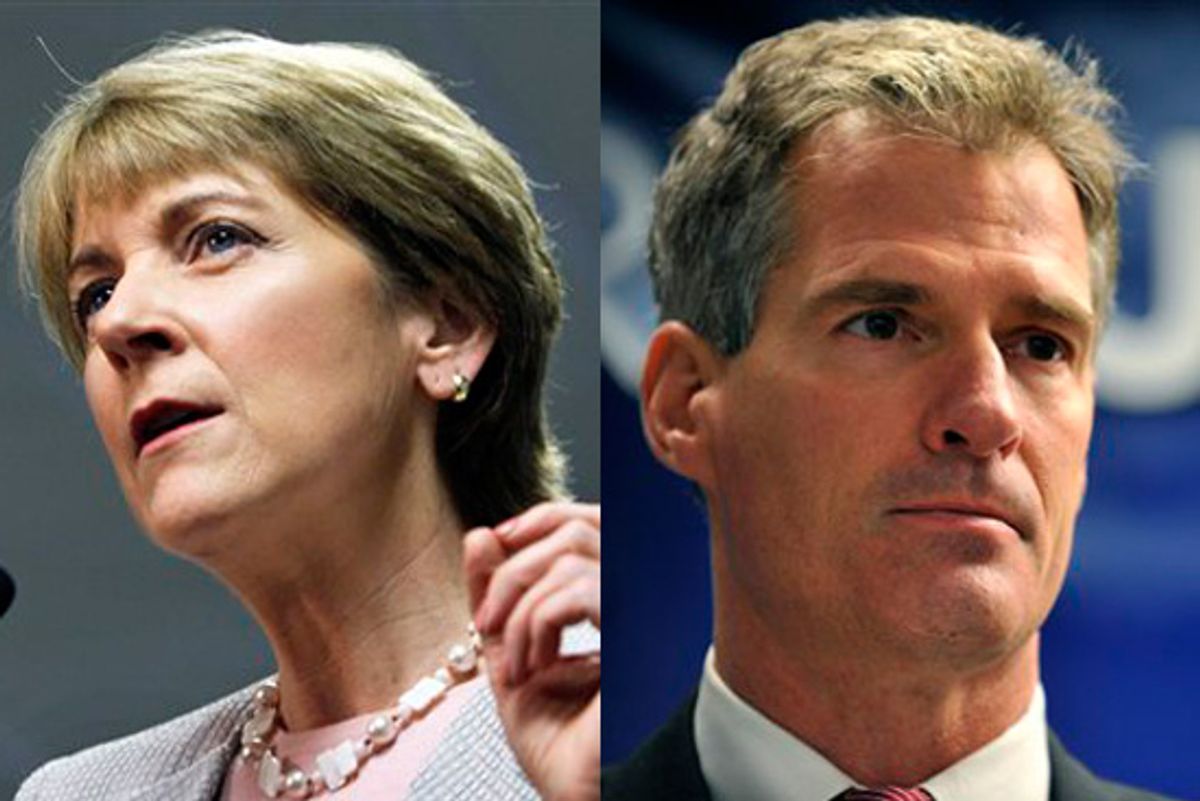 Strictly speaking, anything could happen when Massachusetts voters go to the polls on Tuesday for a special election to replace the late Sen. Ted Kennedy.

Polls can, and will, be wrong -- especially in the case of a special election, when the pollsters' first task becomes figuring out a sample that gives something close to an accurate picture of the electorate that will actually vote. And in this race, given how improbable the idea that a Republican -- a Republican! -- could take over for the last of the great Kennedys once seemed, the notion that things could suddenly shift in Democrat Martha Coakley's favor doesn't seem so wild.

That said, though, looking at the race right now, it seems very likely that Republican Scott Brown will win. In doing so, he will cut the Senate Democratic Caucus down to 59 members, and he may well doom healthcare reform, at least for this year.

If nothing else, here's what you need to know right now: FiveThirtyEight.com's Nate Silver has spoken. And he, in his infinite, omniscient polling wisdom, sees a victory for Brown and the GOP. Brown is a 74 percent favorite to win the seat, according to Silver's model.

"We have traditionally categorized races in which one side has between a 60 and 80 percent chance of winning as 'leaning' toward that candidate, and so that is how we categorize this race now: Lean GOP," Silver writes of the race. And, to add insult to injury for the Democrats among his readership, Silver notes that his model "correctly predicted the outcome of all 35 Senate races in 2008." (He does, however, observe that due to the fact this is a special election, "there is a higher-than-usual chance of large, correlated errors in the polling, such as were observed in NY-23 and the New Hampshire Democratic primary; the model hedges against this risk partially, but not completely.")

Silver isn't the only one who sees the race going in this direction. Stuart Rothenberg's Rothenberg Political Report moved the race into its "Lean Takeover" -- that is, Republican -- category on Monday. And on Thursday, the Cook Political Report changed its classification of the election from "Lean Democrat" to "Toss Up."

The reason for all this, and the pessimism coming from Democrats nationwide lately, is a series of polls that has come out recently showing a trend away from Coakley and towards Brown. As of this post, almost every single poll conducted on or since last Friday and included in Real Clear Politics' roundup shows Brown with a lead. Only one, sponsored by Daily Kos, broke from the pack -- and it just showed a tie.

One poll in particular got the most attention of any late Monday. Sponsored by Politico and conducted by InsiderAdvantage, it showed Brown with a pretty solid lead of nine percentage points, at 52 percent to Coakley's 43 percent. (The margin of error was plus or minus 3.4 percentage points.) But InsiderAdvantage is run by a former aide to Newt Gingrich, and that's a fact the Democratic National Committee jumped on when it moved, hard, to try to counter the poll was doing to Coakley's media coverage.

In an e-mail to reporters, with a subject line of "Don't Buy This Skewed Poll," DNC spokesman Brad Woodhouse laid out his reasons to doubt the survey results:

Woodhouse's first and last points undoubtedly had some validity to them, even if his second seemed lacking. (Part of Coakley's problem is, after all, that Republican turnout seems like it'll be higher than it might otherwise in Massachusetts, one of the bluest of states.) But given the general trend in polling for this race, it seems like it won't be that easy for the DNC to get observers to write this particular survey off. More importantly, though she could of course still pull something out, it doesn't seem like Coakely will be able to do much at this late date to prove the polls wrong.