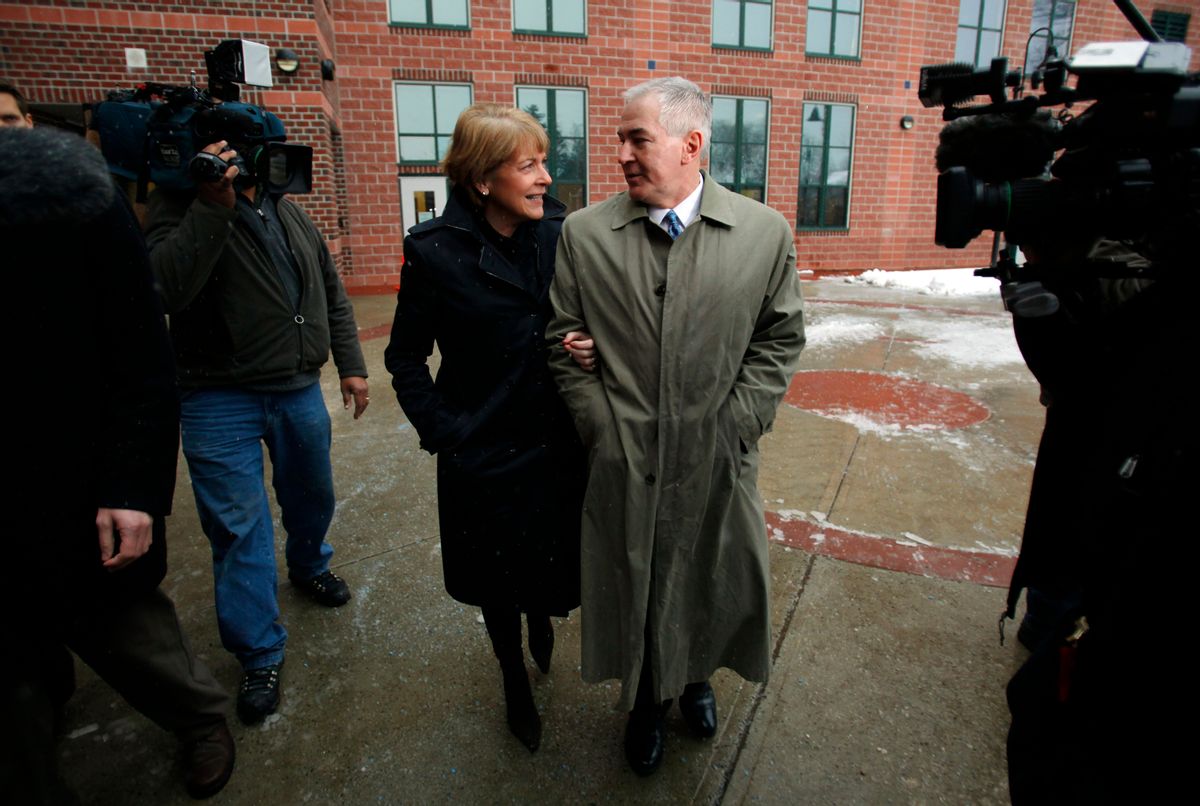 Democratic candidate for the U.S. Senate Martha Coakley (L) and her husband Thomas walk away from the polling station after casting their votes in the special election to fill the Senate seat of the late Edward Kennedy in Medford, Massachusetts January 19, 2010. REUTERS/Brian Snyder (UNITED STATES - Tags: POLITICS ELECTIONS) (Reuters)
--

There are, unfortunately, sometimes real problems with the election systems used in the U.S.. Occasionally, there's even fraud, or attempts at it. But sometimes -- as I've been pointing out since back in 2006, when Republicans were doing it -- campaigns that believe they're about to lose start talking about fraud and irregularity on Election Day, get in an attempt to build a case on the off chance the election ends up close enough to challenge.

On Tuesday afternoon, with only a few hours left in the special election being held to replace Sen. Ted Kennedy, Democrat Martha Coakley's campaign held a press conference "to discuss reports threatening integrity of election." The subject, more specifically, was a few reports of two ballots that were handed out already marked for Republican Scott Brown.

The campaign also sent supporters an e-mail about the ballots, saying, "We've received several independent and disturbing reports of voters across the state being handed ballots that are already marked in favor of Scott Brown. This is obviously a serious violation, and our legal team is taking immediate steps to protect the integrity of this election."

The seriousness -- or lack thereof -- of the issue can be determined after the vote's over; so far, it looks more like mistakes than fraud. But either way, one thing is for sure: Campaigns that start talking like this on Election Day aren't doing it because they think they're winning.

To be sure, there has been talk from the right about election fraud in Massachusetts today. But that talk isn't coming from Brown's campaign; it's coming from other conservatives generally, and appears to be more a reflection of the generalized fear and anger on the right about organizations like ACORN.