Election, and judgment, day in Massachusetts 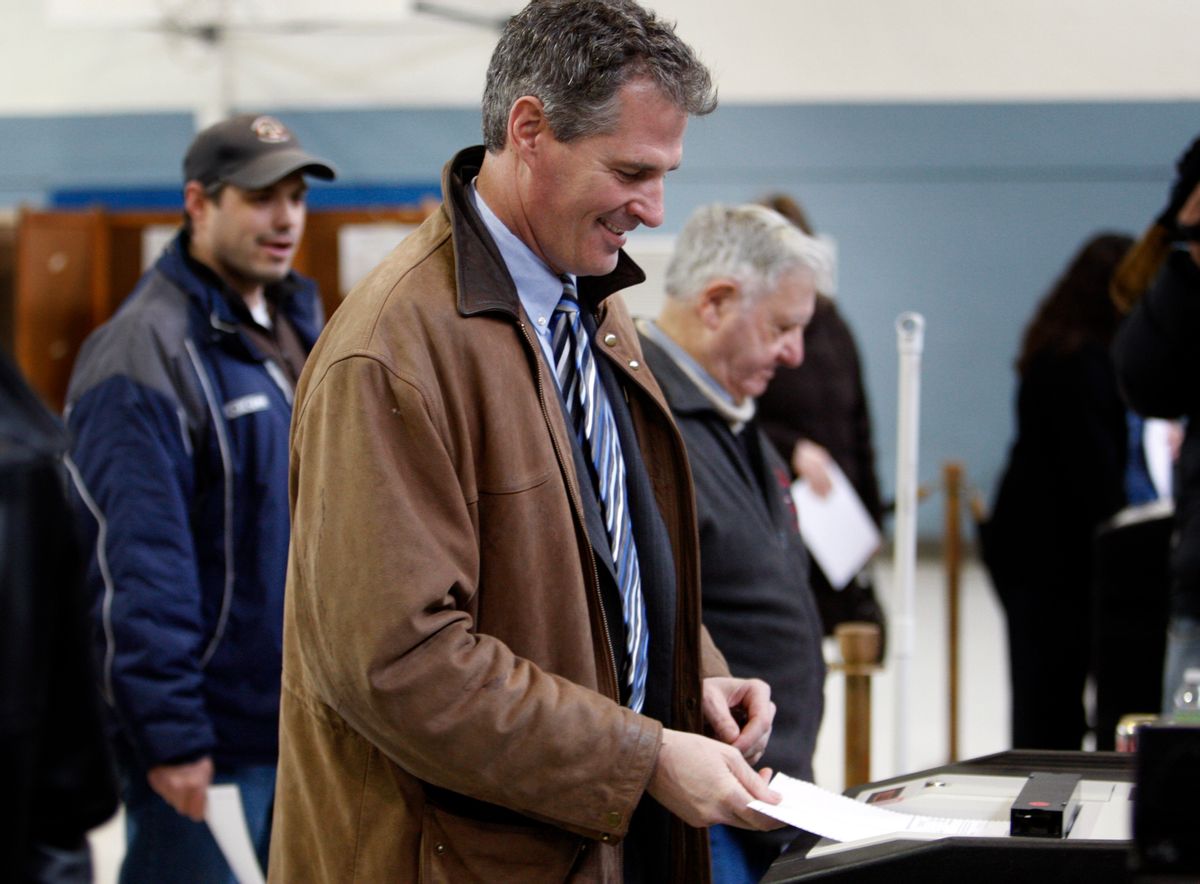 Three hundred and sixty-four days after Barack Obama was sworn in as president, he faces what’s likely to be cast as his first major judgment at the hands of an unsettled electorate. The special election that Massachusetts is holding today in order to replace the late Sen. Ted Kennedy wasn’t even supposed to be competitive. Now it threatens to derail the agenda of the president and his party for the foreseeable future.

The Democratic nomination for Senate, ostensibly a plum spot in the country’s most liberal state, was won by state Attorney General Martha Coakley in a competitive December primary. Coakley had been elected statewide already, and had a strong reputation. She was exactly the kind of candidate who wins Senate races easily.

Meanwhile, the GOP overwhelmingly voted for Scott Brown, one of just five Republicans in the state Senate. It was clear from the start that he was a good candidate, but being a good candidate isn’t supposed to be enough for a Republican in Massachusetts.

It’s a been six tough weeks for the Democrats, though. Coakley went AWOL for a period, and when she came back, she was suddenly gaffe-prone; among other things, she inexplicably dismissed Boston Red Sox legend Curt Schilling, who got involved in the race on the Republican side, as "another Yankees fan." Brown’s screwed up some too, but the results speak for themselves: It’s Election Day, and the Republican appears to be solidly ahead.

The two most recent surveys, conducted respectively by Politico/Insider Advantage and Pajamas Media/CrossTarget, give Brown leads of 52-43 and 52-42. As both were taken over only one day, a less-than-ideal way to run a poll, both are worth taking with a grain of salt -- Pajamas Media's trustworthiness, or lack thereof, is another consideration, given the site's decidedly right-wing perspective -- but its basic outline of the race is ratified by more reputable outfits. Public Policy Polling pegs Brown’s lead at 51-46, and American Research Group shows it at 52-45. Only a poll done by DailyKos/Research 2000 has the race very close, showing a 48-48 tie.

It is worth noting that all of these surveys terminated on (or were conducted entirely on) Jan. 17, which was the day of President Obama’s trip to Boston to campaign for Coakley. Hence, they may not register any effect the president had.

Similarly, among the people whose job it is to make political predictions, a Brown win has emerged as the consensus bet.

Nate Silver of FiveThirtyEight.com, who earned a reputation for near-scientific accuracy during the 2008 campaign, currently gives Coakley a 1-in-4 shot.

Prognosticator Stuart Rothenberg, who’s recently upgraded the race from "toss-up" to "lean Brown," expects "a comfortable win" for the Republican.

Charlie Cook, of the Cook Political Report, now rates the race as a “toss-up,” but wants to “put a finger on the scale for Brown,” who he expects will maintain his lead.

Special elections typically feature very low turnout. The primaries that nominated Brown and Coakley certainly did. But the polls are now open in Massachusetts, and preliminary reports say that voters are showing up in large numbers. It’s not clear what this will mean, but the general hypothesis is Coakley can’t possibly win without a large turnout. Since Democrats have generally been less motivated in this election than Republicans, the thought is, Brown supporters were going to show up one way or another. We’ll find out pretty soon if that’s borne out.