Poll: Most don't want Palin to even run for president 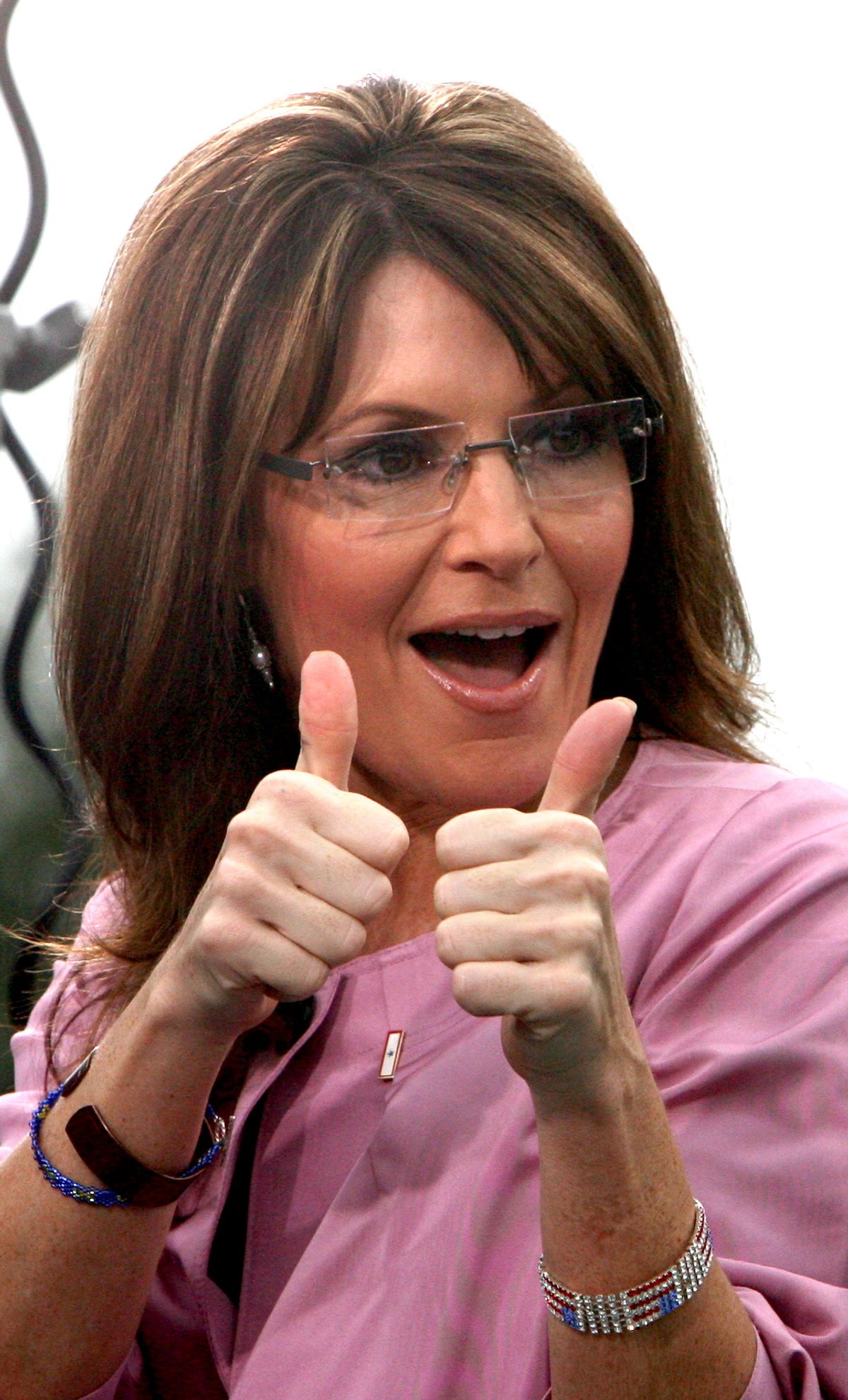 Sarah Palin fans, at the front of the line, cheer as they are the first to be brought into the Barnes & Noble bookstore at Lake Sumter Landing at The Villages, Fla., Tuesday, Nov. 24, 2009. Palin was at the store as a part of her nationwide tour to promote her book, "Going Rogue." She is scheduled to appear in Orlando later in the day. (Joe Burbank/Orlando Sentinel) newsgate# B58104280Z.1 (Joe Burbank)
--

If she does decide to run for president in 2012, former Alaska Gov. Sarah Palin would face a tough fight. That's no secret, given that poll after poll has shown that independents and Democrats are typically inclined to run screaming from the idea of voting for her.

But a new poll shows that Palin's situation is even worse than you might think. This survey, conducted by CBS News, shows that a sizeable majority of Americans -- 71 percent -- don't even want her to run. 21 percent of respondents, on the other hand, told CBS they do want her to.

Of course, fans of the former governor might see this as just a reflection of Palin-haters who are also scared of what would happen if she did run; that attitude is fairly typical among her supporters. But with her numbers even among Republicans here, it seems hard to wish this away that easily.