Please, Obama, pick a fight with the banks

Wall Street whines that the meanie president is being unfair. It's about time 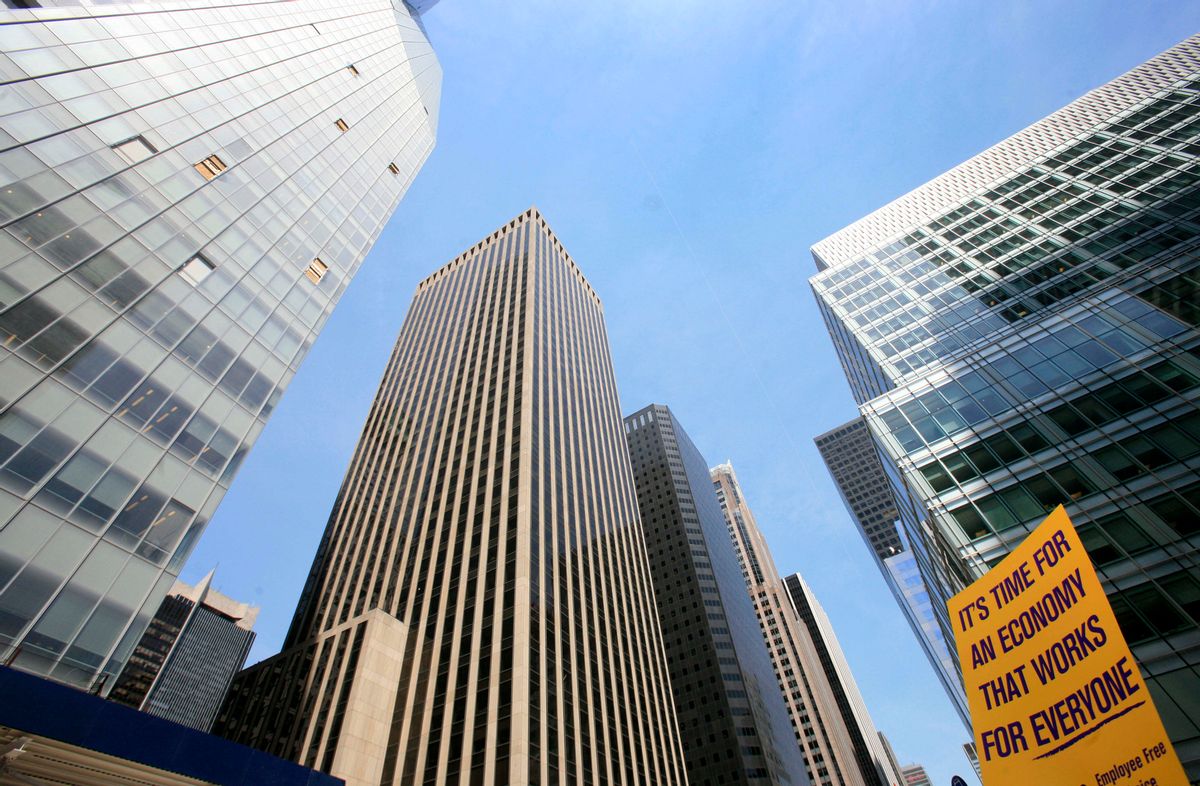 Regardless of the outcome of the Massachusetts Senate race, the very fact that the election is so close has been universally recognized as a dire omen for the Democratic party's chances in the midterm elections this November. Too bad there isn't a galvanizing hot button issue just lying around waiting to be exploited by combative politicians, offering a chance to bring together both the populist left and right, along with the angry middle.

Oh wait, you say? You got that issue right here? Take a gander at yesterday's New York Times, in which Eric Dash reports that the banking industry's main lobby is mulling over whether to contest the Obama administration's proposed Financial Crisis Responsibility Fee on the grounds that it may be unconstitutional.

In an e-mail message sent last week to the heads of Wall Street legal departments, executives of the lobbying group, the Securities Industry and Financial Markets Association, wrote that a bank tax might be unconstitutional because it would unfairly single out and penalize big banks...

One's immediate reaction to this news might be, as suggested by James Kwak at The Baseline Scenario, gales of disbelieving laughter. Are the big banks actively seeking out ways to further enrage a citizenry that needs very little urging to grab the pitchforks and run amok? How is it possible that they still don't understand how insane-in-the-brain average Americans are driven by the sight of huge profits and massive bonus payouts during an era of ten percent unemployment and after extraordinary government measures to stave off bankruptcy for those very same financial institutions?

One explanation might be that having won so many preliminary skirmishes over regulatory issues in the first year of Obama's presidency, the banks are confident that they will continue to be able to do as they please. Certainly, last week's news that Senate Banking Committee chairman Chris Dodd, D-Conn., is ready to jettison the Consumer Financial Protection Agency gives ample support to that thesis. An even more cynical interpretation comes from Naked Capitalism's Yves Smith, who suggests that the threat of litigation is merely a "Kabuki drama."

...[T]he bankers are going to engage in ritual howls to convince the public that they are being treated horribly, when the fee is not that onerous and is sure to be watered down. This type of threat makes Obama look tougher than he is, and would help him solve his PR dilemma (that he has been far too accommodating to the banks, and now needs to look tough minded. So if the banks squeal, surely Obama is being hard on them, right?)

But neither possibility negates the bottom line: If Democrats want to resuscitate their political fortunes, then they really have only one alternative at this point, to, as recommended by Simon Johnson, "run hard now, against the big banks."

If they oppose the administration, this will make their power more blatant -- and just strengthen the case for breaking them up. And if the biggest banks stay quiet, so much the better -- go for even more sensible reform to constrain reckless risk-taking in the financial sector.

Whatever happens today in Massachusetts, finding 60 votes in the Senate for meaningful financial regulatory reform is likely impossible. That means it is now high time to jettison the middle road, and go full bore against the banks. Given Obama's cautious approach so far in his administration, it is difficult to feel any confidence in such a prospect, but really, at this point one has to ask, what's he got to lose?