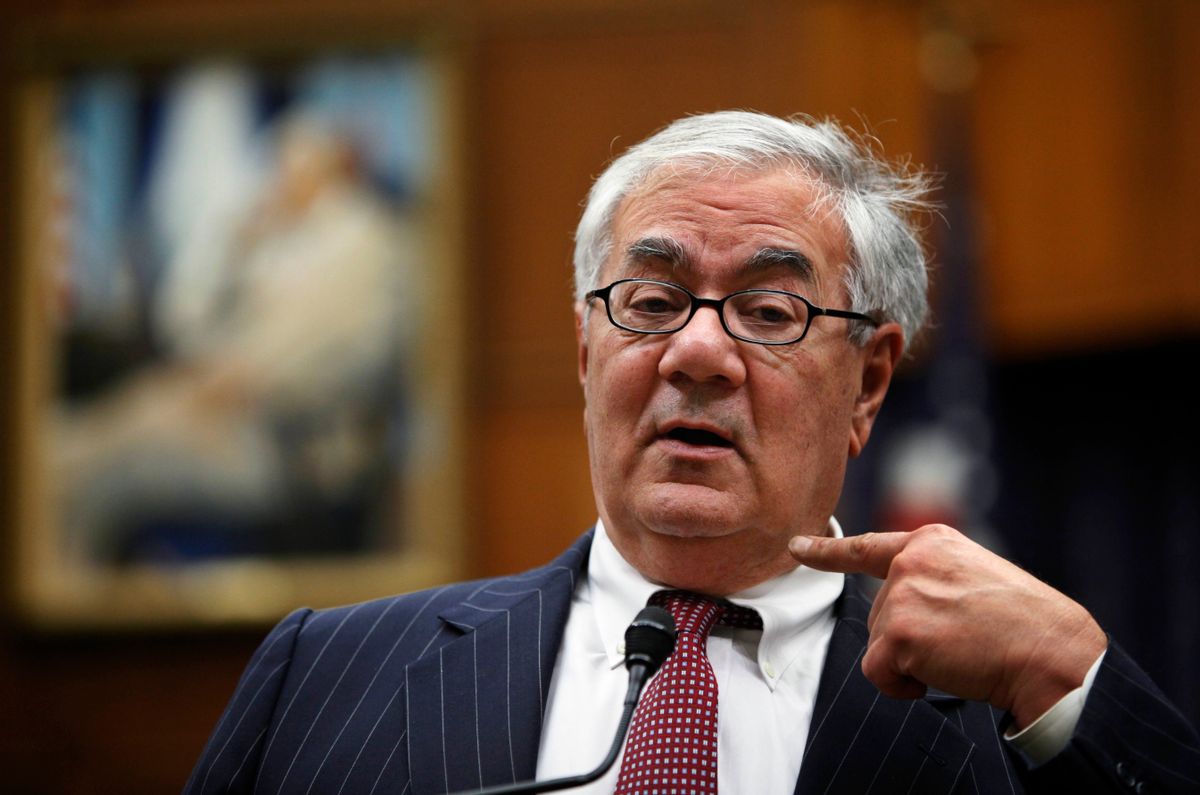 By the time it happened Tuesday night, Republican Scott Brown's victory in the race to replace Sen. Ted Kennedy was hardly shocking -- polls had been predicting that outcome for some time by then. But there were some surprises on the night, perhaps none bigger than a statement from Rep. Barney Frank, D-Mass., in which he seemed to adopt a new, defeatist tone on healthcare reform legislation:

I feel strongly that the Democratic majority in congress must respect the process and make no effort to bypass the electoral results. If Martha Coakley had won, I believe we could have worked out a reasonable compromise between the House and Senate health care bills. But since Scott Brown has won and the Republicans now have 41 votes in the Senate, that approach is no longer appropriate. I am hopeful that some Republican senators will be willing to discuss a revised version of health care reform because I do not think that the country would be well served by the health care status quo. But our respect for democratic procedures must rule out any effort to pass a health care bill as if the Massachusetts election had not happened. Going forward, I hope there will be a serious effort to change the Senate rule which means that 59 are not enough to pass major legislation, but those are the rules by which the health care bill was considered, and it would be wrong to change them in the middle of this process.

This was interpreted by observers on both sides as a sign that Frank was basically ready to give up on reform legislation. "Frank says reform should be allowed to die," TalkingPointsMemo's Josh Marshall wrote in one post, adding in another that the statement "is just an embodiment of fecklessness, resignation, defeatism and just plan folly" and saying, "The gist of his point is that that's it for health care reform. If a few Republican senators will come across the aisle and help maybe it will happen. But if not, that's it."

But in an interview with Salon Wednesday, Frank said that getting a vote from Maine Republican Olympia Snowe, who voted for an earlier reform bill, or finding another moderate GOP senator to cross the aisle, remains a viable option -- and "the only way I can see" reform happening.

"I think making it very clear that the responsibility for doing nothing and keeping the status quo is on the shoulders of a few Republicans who are supposedly moderates has the best chance of success," he said.

With the prospect of Democrats losing Kennedy's old seat and their supermajority looming in recent days, talk of a new path for getting reform legislation passed has centered around the idea of getting the House to vote on the bill already passed by the Senate without making any changes to it. This would allow Democrats to avoid another cloture vote in the upper chamber, one they'd now lose. But Frank told Salon this proposal was basically a non-starter.

"The Senate bill can't pass in the House," he said. "There would have to be a commitment beforehand to changes in the Senate." But, he noted, alterations like that would have to come under a Senate procedure known as reconciliation, under which only 51 votes would be required; the problem is, as he said, there's a "heavy burden" on any legislation considered under the procedure that would make passage of those changes all but impossible.

Asked whether he personally would vote for the Senate bill as is, Frank initially said, "Not if I didn't know there could be changes -- it would be very tough." He quickly took that back, though he did add that he had serious problems with the Senate version's language on abortion and the tax it imposes on high-cost healthcare plans.

Frank has other, more political concerns too.

"I think it's a great mistake to look only at the substance," he said, telling Salon he believes the electorate will react badly if Democrats are seen as doing anything "tricky" to pass the legislation, and that the perception of the process will matter greatly now. "The failure to understand that would be disastrous," he said, adding, "Because of that, by the way, I don't think that enough Democrats would vote for it anyway .... If [Coakley] had won, we could have gotten it through, but unfortunately the healthcare bill has become very unpopular."