Homelessness is the new black 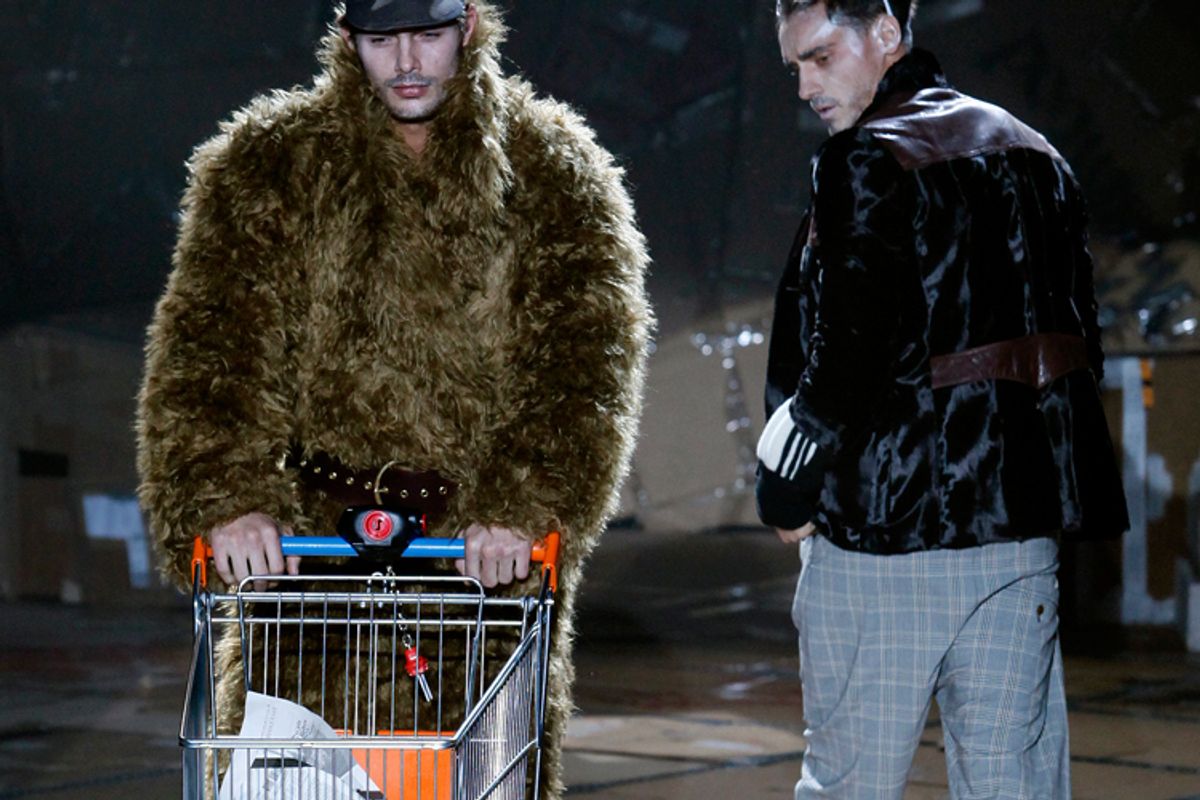 In some of the most eye-roll-inducing news to come out of Milan's fashion week, Vivienne Westwood's fall 2010 menswear collection celebrates "homeless chic" inspired by "the roving vagrant whose daily get-up is a battle gear." For the show, Westwood carpeted the runway with cardboard boxes and discolored her models' hair to get that just-woke-up-from-a-subway-bench look. Models on the runway carried bedrolls, pushed shopping carts and one "emerged from his cardboard box with a sleeping bag, slung it around his neck, and quickly walked away." Tacky? Obviously. Glamorizing the lives of the down and out is insulting, particularly when you consider that the retail price some of these garments will fetch is in the same range as the rent for a Manhattan apartment. Westwood's logic for the collection seems dubious, even for incomprehensible fashion-world-speak: "I'm saying to people … buy less clothes. Only buy things when you really need them." Right, clearly you show your collections at fashion week so you could discourage people from over-consumption.

One of the other offenses here is a failure of imagination. As anyone who watched the movie "Zoolander" knows, homeless chic is so 2001. In it, Mugatu, a fashion-villain cross between Dr. Evil and Karl Lagerfeld, introduces his new line Derelicte as "inspired by the very homeless, the vagrants, the crack whores that make this wonderful city so unique." Parody as prophesy is not a new phenomenon: take, for example, The Onion's 2004 headline from the disgruntled president of Gilette "Fuck Everything, We're Doing Five Blades." Two years later, Gilette actually rolled out a five-bladed razor. But the point of over-the-top satire like "Zoolander" is to poke fun at the crazy excesses of the fashion industry, not encourage them. It seems like Vivienne Westwood didn't get the joke. When the too-ridiculous-to-be-true is suddenly just true, it stops being funny.