My son's school wanted a meal that celebrates our family background -- couldn't I just pretend to be Thai? 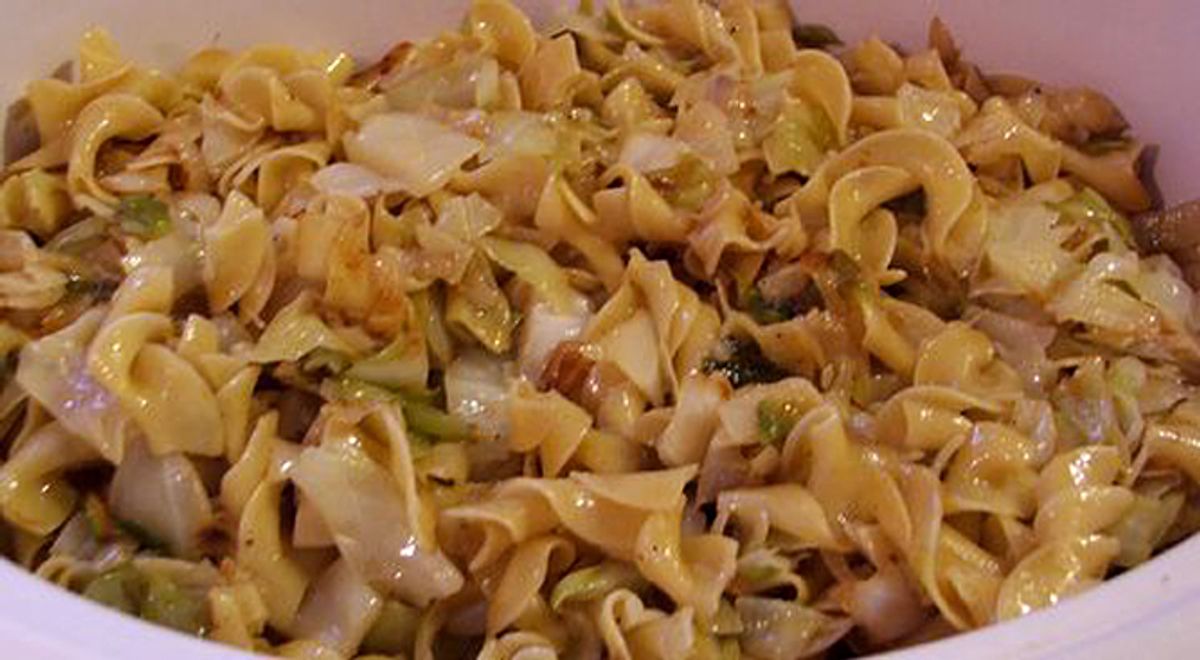 A version of this story first appeared on Sprezzatura.

During the school year, food is always pinging on the parental radar. It may be as simple as cupcakes for a first grade Halloween party (try not to kill or asphyxiate children with nut allergies!) or as complicated as the most recent request to come home: a "dish reflecting your family's ethnicity" for an international festival. Sam's school has many international students with parents here to study or work at the university, and the event was established years ago to honor and highlight the food, art and dancing of their (and our) diverse cultures: Central and South America, Somalia, Nigeria, Russia, Serbia.

The ethnic food I usually cook tends to be Mexican, Italian and Asian, but I can't claim a splash of blood from any country with warm temperatures and hot spices. I have my half-Anglo side and my "wild side" -- the heritage of Baltic, European and Russian Jews who had cooked the foods of Latvia, Hungary and Russia, mixed in with what we, in my mother's family, call "Jew food." (In case you are wondering, that is one of those expressions that we can use, but you can't.) My mind turned to cabbage. (In the winter, a young woman's fancy often turns to cabbage): noodles and fried cabbage, specifically, a heart attack on a plate to rival fettuccine Alfredo. It's good. It's really, really good.

We almost never had it in my own house, unless one of my uncles was visiting. At my grandmother's house in Ashtabula, Ohio, it was always part of an informal, "night before" dinner served to all of us who had driven cross town or cross country for Thanksgiving or Passover. (No one drove anywhere for Chanukah, a holiday elevated to Christmas-like status to alleviate the guilt felt by those enjoying trees, pageants, carols and gifts while the poor Jews have only a day off with all the restaurants closed.) On the night before a holiday gathering, my grandmother would serve her children (and their children) the dish that my grandfather had nicknamed "Hungarian Ice Cream." He was a Russian Jew, who found the dish odd, never ate it, and did not understand the wild abandon with which his children consumed it. They begged for the dish, his children, ignoring the sad stories of fingers bloodied while grating the endless heads of cabbage. There was never enough. There were never leftovers, and no one ever pushed back from the table and sighed, "That was just too much Hungarian Ice Cream." If there had been more, if every cabbage in the state of Ohio had been sacrificed, we would have eaten it all.

It was peasant food, brought to America by my great-grandmother Jenny, a tart-tongued and glamorous creature who came from Hungary as a child. Her three daughters knew how to make noodles and fried cabbage, although it is very difficult to imagine the Jenny of family legend holding little hands as they rubbed cabbage against a grater. She was regal and tempestuous; it was her husband Sam who was eternally sentimental and sweet. She loved her children fiercely, and would have preferred that they remain in her house (and in clothes of her choosing) forever. Along with the recipe, her daughters were clearly taught that it was not the kind of thing that was served for An Occasion. There was never a bowl of Hungarian Ice Cream on the starched, white tablecloth laid for Passover or Thanksgiving, and it was never served (as far as I know) to anyone "outside." It was comfort food, coming home food, and long after my grandmother died, my uncles asked my mother to make it for them when they visited our house. It never occurred to them, I guess, to ask their wives to make the relatively simple dish; the tradition and continuity sweetened the cabbage.

I looked at recipes online, but all of them seemed to contain an ingredient that departed from my sense memories. (Caraway seeds? No. Paprika? Not so much.) Also, the quantities seemed shifty in terms of what I remembered. Two heads of shredded cabbage and one bag of cooked noodles? One head of shredded cabbage and two bags of cooked noodles? In the end, I did what I should have done in the first place: I called my mother and asked her. She said a pound of butter, a head of cabbage, and a bag of noodles. She -- who had learned to cook this dish in the same mysterious and invisible way that her mother had learned it from Grandma Jenny (Hungarian osmosis) -- was, of course, right. The finished product was as good as I remembered, and disappeared from the serving table within minutes, heaped on plates alongside egg rolls, falafel, Peruvian meat skewers and bulgogi. Sam, who immediately abandoned us in order to run the sound system for the Latin dance troupe, thought it "looked weird," but tasted OK. He requested a plate of egg rolls, sushi and steamed dumplings.

If you decide to try this, please don't try to make it healthier. Just eat a little bit and don't make it often, but don't ruin it by cutting the (obscene amount of) butter. It is a beautiful thing served alongside plain meat like roast chicken, leg of lamb, lamb or brisket.

1 medium to large head green cabbage, sliced into long, thin shreds, or the equivalent in purchased shredded cabbage (the cabbage reduces greatly in cooking, so err on the side of more rather than less)
1 pound salted butter
1 16-ounce bag good-quality egg noodles
Kosher salt and freshly ground pepper, to taste