So far, it doesn't look like Democrat Martha Coakley can pull off an upset 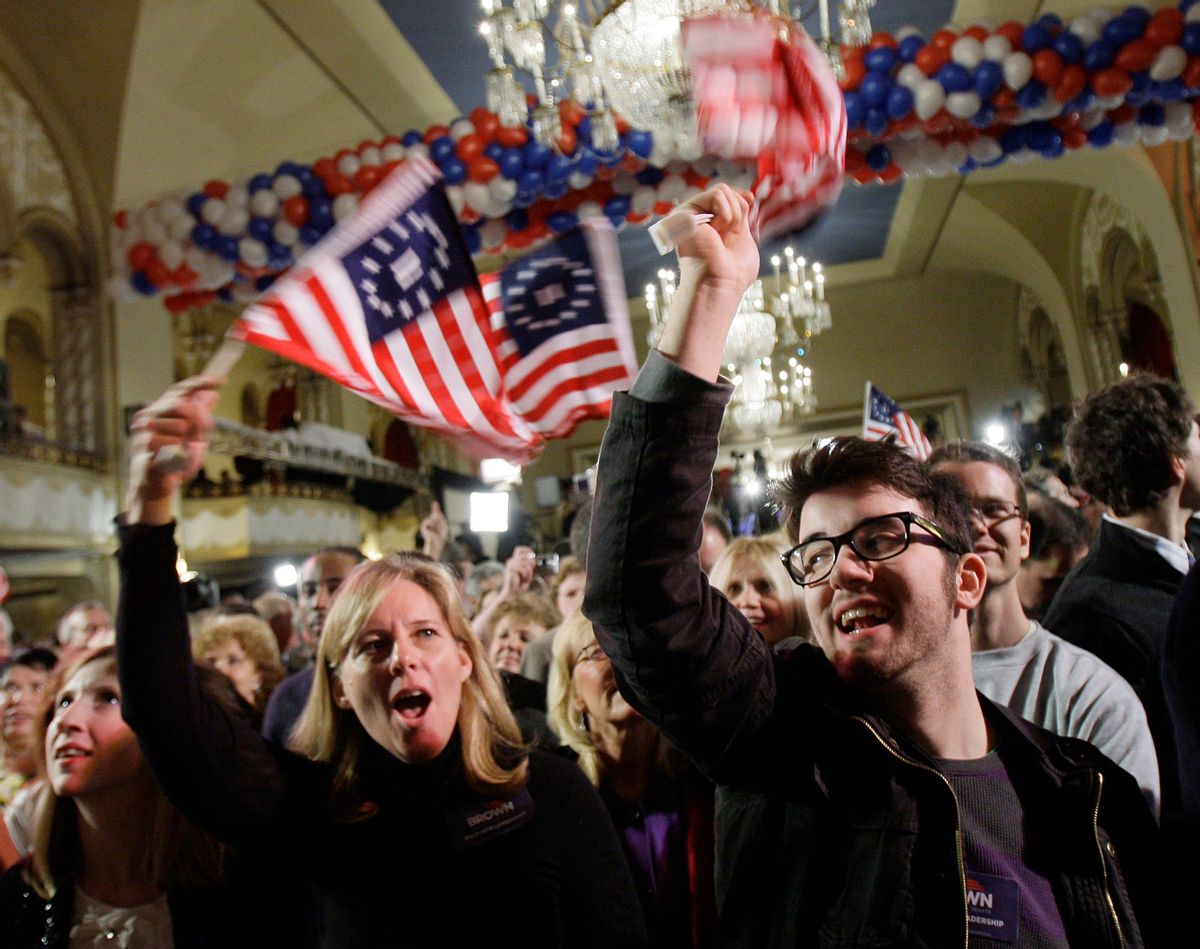 Supporters of Massachusetts State Sen. Scott Brown, R-Wrentham, Barbara Ann O'Neill, left, of Wrentham, Mass., and Jacob Porter, right, of Bucks County, Penn., wave flags before results are announced at Brown's election-night headquarters in Boston, Tuesday, Jan. 19, 2010. Brown is on the ballot of a special election held to fill the U.S. Senate seat left vacant by the death of Sen. Edward Kennedy. He is running against Massachusetts Attorney General Martha Coakley, a Democrat, and Joseph L. Kennedy, a Libertarian running as an independent and not related to the late Sen. Kennedy. (AP Photo/Elise Amendola) (Elise Amendola)
--

As of this post, there's still been no call in the special election to fill the late Sen. Ted Kennedy's seat. But it's looking more and more like Republican Scott Brown will, as expected, come away with the victory.

At the moment, with 40 percent of precincts reporting, Brown leads Democrat Martha Coakley by seven percentage points, 53-46. Hopefuls on both sides are out there looking for glimmers of hope in the numbers from various precincts, and in the list of which precincts have reported and which haven't. But one expert thinks he's seen enough: Dave Wasserman, the U.S. House analyst for the Cook Political Report, said on Twitter not long ago, "Cook Report does NOT officially call races, but if I were working for a network I would have enough #s to project: Brown Wins."