Where are the real populists now? 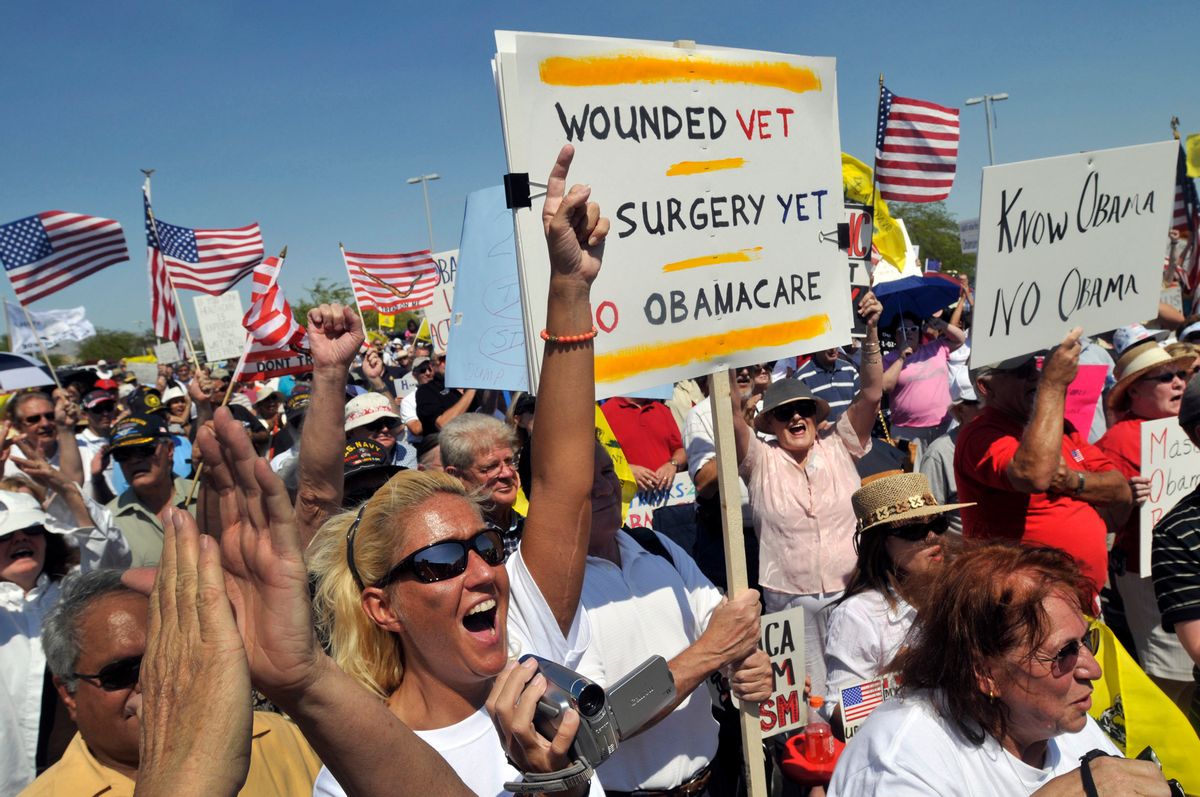 The notion of right-wing "populism" is suddenly fashionable following last Tuesday's special election in Massachusetts, when even stiff millionaire suit Mitt Romney could be heard braying about the "royalists" who rule Washington. But all such fakery was exposed today by an event of far greater moment. The Supreme Court's narrow, poorly argued and highly political decision in the Citizens United case -- which removes century-old restrictions on corporate influence-buying -- is the culmination of a Republican dream. From this moment forward, what the original American populists once called "the money power" will be enabled to overwhelm all other forces in American democracy using sheer wealth -- and that includes every "tea party" activist with a dissenting opinion about bank bailouts, executive abuses or crooked contracting.

For establishment Republicans like columnist George Will and Texas Sen. John Cornyn, the court's decision is simply an overdue recognition of the First Amendment right to free speech. (Or what in fact is more aptly described as "paid speech.") But to understand its actual impact, listen to Michael Waldman, executive director of the Brennan Center for Justice at New York University Law School, who drew this pithy comparison: Under the old dispensation, which prohibited direct corporate expenditures on elections for nearly a century, Exxon Mobil could spend only what its political action committee raised from executives and employees. In 2008, said Waldman, that was roughly $1 million. Under the new order, the world's biggest oil company can spend as much as its management cares to siphon from its earnings -- which in 2008 amounted to $45 billion.

While most of the anger stoked against the Obama administration by the tea party groups is currently focused on healthcare reform, the original irritant was the spectacle of hundreds of billions of dollars poured into the Big Banks, the crooked insurance behemoth AIG, the reckless traders at Goldman Sachs, and all the abuses that attended those bailouts.

According to Judson Phillips, the Tennessee lawyer who organized the upcoming tea party convention, many of the movement's rank-and-file "believe that Congress pays far too much attention to Wall Street and not enough attention to Main Street."  Dale Robertson, the founder of TeaParty.org, reacting directly to the Citizens United decision, told blogger Joy Reid that it is a constitutional travesty: "It just allows them to feed the machine. Corporations are not like people. Corporations exist forever, people don't. Our founding fathers never wanted them; these behemoth organizations that never die, so they can collect an insurmountable amount of profit. It puts the people at a tremendous disadvantage."

All the ultra-wingers and tea partyers who agitate constantly over U.S. sovereignty  should recall again how little loyalty the multinational corporations and banks have displayed toward the United States in their drive for profit. Now, in effect, the Supreme Court's "conservatives" have opened up the American electoral process to a new, potentially limitless source of foreign influence.

Dale Robertson spoke like an honest populist -- or even a progressive. For him and anyone else in the tea party movement who isn't merely a loudmouthed stooge of the Republicans, a moment of truth is coming soon. Will they support legislation to curtail its worst effects, even if sponsored by those hated Democrats, or surrender to a new era of corporate rule?