A year into Obama's presidency one thing is clear: Republicans cannot be won over, only defeated 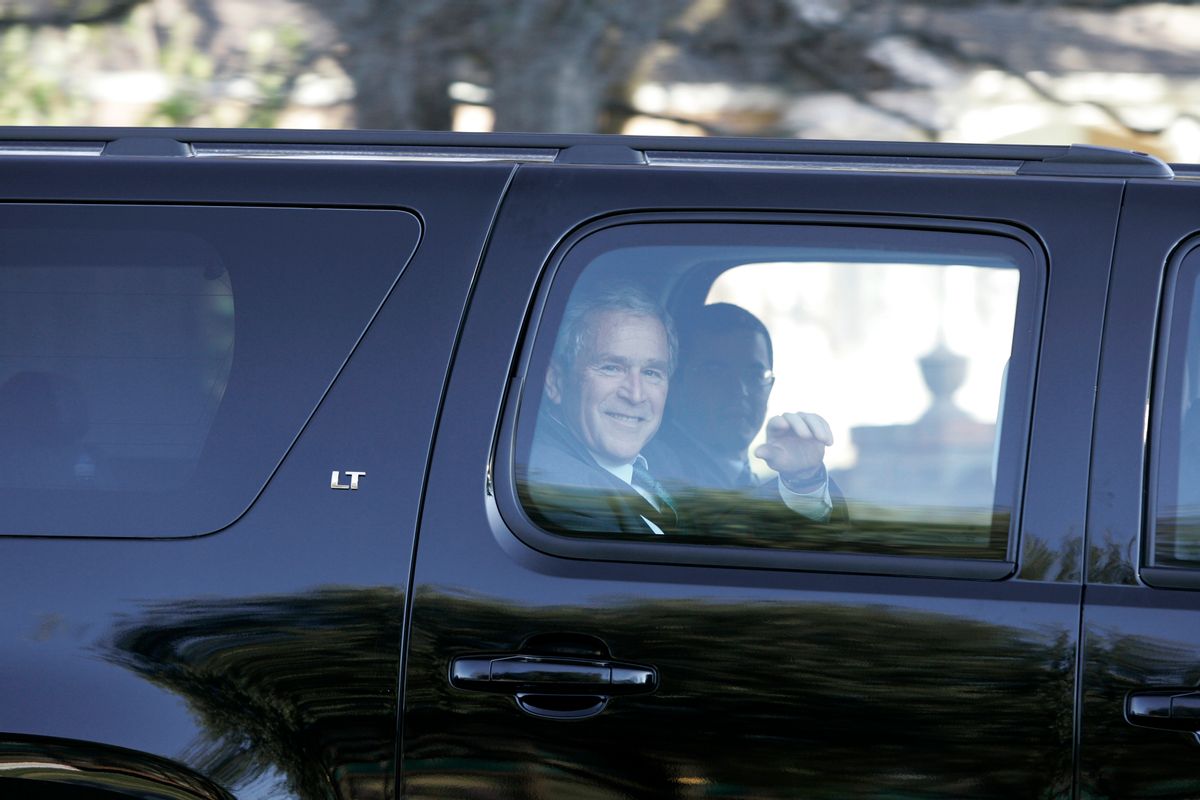 The shrewdest thing Barack Obama ever said about his own leadership style was in his book "The Audacity of Hope." "I serve as a blank screen," Obama wrote, "on which people of vastly different political stripes project their own views." Never mind that it's a straight steal from Ralph Ellison's classic 1952 novel "The Invisible Man." If you're going to borrow themes, borrow good ones.

The presidency, however, is very different from an existential novel. In context, Obama was talking about the same qualities Sen. Harry Reid cited in his clumsy "Negro dialect" remarks: Obama's ability to be analytical about other people's passions, and to offer the healing balm of his personality, particularly in racially tense situations.

Obama's cool served him well during 2008 election cycle. In the wake of George W. Bush's epic incompetence, "no-drama-Obama" became an almost irresistible choice. People saw in him what they wanted to see; the candidate happily obliged them. Andrew Sullivan, the conservative British-American pundit, described him as "a liberal Reagan who can reunite America."

Some infatuated liberals saw him in near-messianic terms. To older voters, it was almost as if Obama's candidacy offered a do-over of 1968, with the students, professors and hippies winning this time: no Nixon, no Kissinger, no "Southern strategy." Just peace, prosperity and good vibes. "The One," Oprah Winfrey called him.

One year into Obama's presidency, good vibes are hard to find. The left has gone into a disappointed sulk, while many inhabiting the Fox Nation seem to have gone stark raving mad. This was largely unavoidable. It's unlikely Obama himself ever believed his personal charm could heal the nation's divisions. Any politician with half his intelligence had to see trouble coming.

So profound was the disorder left by the Bush administration that cleaning things up was bound to take time. By any rational standard, Obama's done a decent job -- managing the financial crisis, warding off the specter of worldwide depression and restoring modest growth. Alas, politicians get little credit for disasters that didn't happen.

Examining a recent ABC News/Washington Post poll, it appears that Obama's declining popularity is largely due to the public's sour mood about the economy. Indeed, his numbers track almost precisely those of Ronald Reagan's during the first year of his presidency, and basically for the same reason: an economic recession and a sluggish recovery.

Beyond Obama's 53 percent job-approval rating, he's still liked and trusted by the majority of Americans. As Washington Monthly's Steve Benen points out, "57 percent believe Obama understands the problems of people like them, and 63 percent consider him a strong leader. A 58 percent majority have a favorable view of the president personally ... and 62 percent approve of his handling of the failed Christmas-day terror plot."

True, most inhabitants of that metaphysical netherworld called Fox Nation are forever beyond reach. Max Blumenthal points out that Obama's blank-slate candidacy left made the far-right caricature of "a strange outsider who did not share mainstream American values" easier to sell. Also, Blumenthal thinks, "the liberal left's messianization of Obama enabled and even encouraged his otherization by the radical right."

That said, my view is that many of Obama's political problems stem from a broader Democratic inability to counter the infernal GOP noise machine -- a failure now two decades old. Republican rejectionism ought to have been clear to the White House from the moment they voted unanimously against the economic stimulus -- cynically betting that recovery would come too late for the 2010 elections. They cannot be won over, only defeated.

Case in point: The Washington Post recently asked political consultants what Democrats should do. Bush administration political guru Karl Rove basically urged them to curl up and die. In the process, he alleged that congressional Democrats "will run up more debt by October than Bush did in eight years."

This oft-repeated canard has frightened many people. Time was when a respectable newspaper would have corrected so brazen a falsehood, but no more. So it was left to White House senior adviser David Axelrod to correct the record:

In reality, George W. Bush inherited a $236 billion budget surplus in 2001. "When the Bush administration left office," Axelrod wrote "it handed President Obama a $1.3 trillion deficit -- and projected shortfalls of $8 trillion for the next decade. During eight years in office, the Bush administration passed two major tax cuts skewed to the wealthiest Americans, enacted a costly Medicare prescription-drug benefit and waged two wars, without paying for any of it.

The Bush administration "added more debt in its eight years than all the previous administrations in the history of our republic combined."

And brought about an economic Hurricane Katrina doing so, as President Obama ought to have kept reminding everybody regularly ever since. Because, sad to say, many voters have already forgotten -- something Americans seem congenitally prone to do.