Bring on the blades of glory! 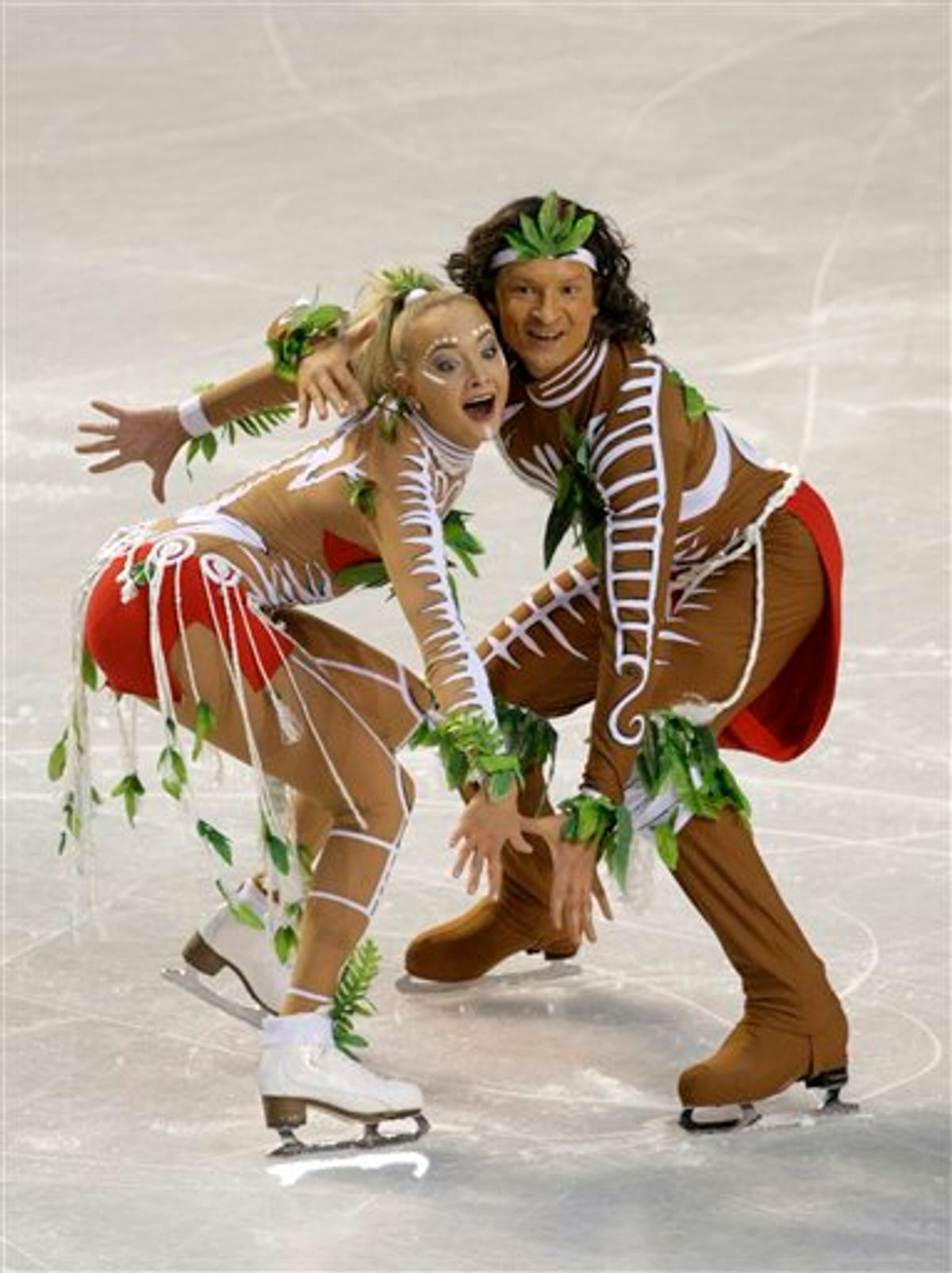 As the Vancouver Olympics approach, it's important to remember just how baffling some sports can be. Consider figure skating and ice dancing -- with their bizarre combination of athleticism, artistry and the campy pageantry of a 1960s East German gay roller-disco.

Watch the following routine, which world champion ice dancers Oksana Domnina and Maxim Shabalin, from Russia, performed at today's European figure skating championships in Estonia. It's a tribute to Australian Aboriginals, set to Aboriginal-inspired music, with the pair dressed in brown skin-colored body suits covered in tribal markings and fake leaves. Oh, and also a little something that appears to be "brown-face."

Unsurprisingly, the routine has inspired outrage in Australia (a country with its own spotty record when it comes to racially inappropriate facial makeup), whose Sydney Morning Herald called it "offensive" and claimed that "there are a number of problems ... not the least of all the fact both skaters are wearing brown body suits." Admittedly, it's unlikely that the pair meant to offend anybody with the routine, and other figure skating couples have pulled off world-themed routines to great international acclaim -- like Meryl Davis and Charlie White doing an Indian folk dance in 2009 -- but this case displays such an astonishing degree of tone-deafness that it makes me reconsider my own "Blades of Glory" viewing experience. Clearly I was mistaken: That film wasn't an over-the-top comedy -- it was a documentary.