The tragedy of Obama 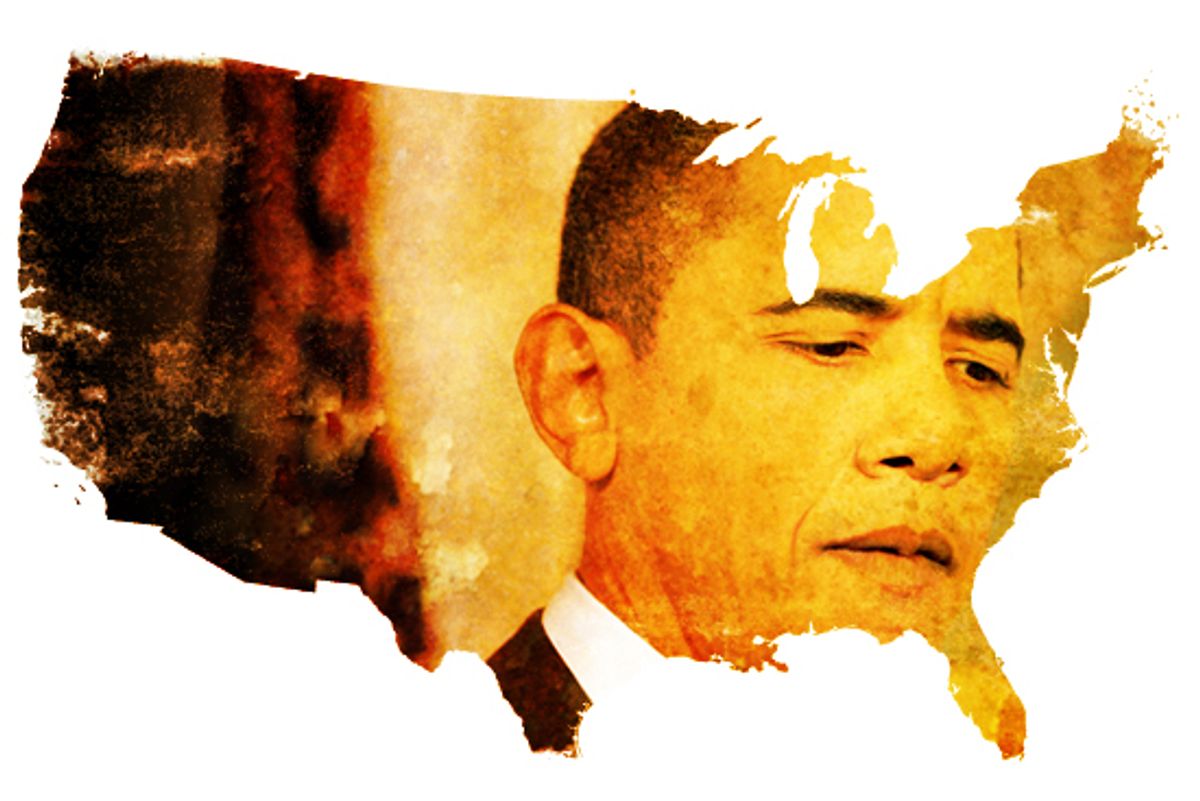 The key to understanding Barack Obama is one simple fact: He received more Wall Street money than his Republican rival John McCain and his rivals for the Democratic primary nomination. What did the investment bankers and hedge fund tycoons think they were getting for their investment? Progressive supporters of Obama might have hoped that he would turn the clock back before Reagan and promote a new New Deal. But Obama’s financial backers had no problems with the "Reagan settlement" that Bill Clinton had ratified in two terms, just as Eisenhower in two terms had ratified the "Roosevelt settlement." Obama’s supporters in the corporate elite thought that the country had taken the wrong course, not in 1980, with the election of Ronald Reagan, but in 2000, with the election of George W. Bush. The second Bush had destabilized the post-1980 system, by becoming -- to the surprise of everyone who thought he would be like his father -- the tribune of the wacky neo-Confederate right. Obama’s task was to bring about a restoration of the pre-W status quo that would be acceptable to center-right Democrats and moderate Republicans, while keeping the wingnuts at bay and buying off the progressives with rhetoric and token gestures.

In foreign policy, despite grumbling by progressives, Obama’s caution has served the country well, following the reckless militarism of the Bush years. But in domestic policy Obama’s New Democrat version of Rockefeller Republicanism is utterly unsuited to the challenges of our time. The central idea of the post-1980 Reagan settlement, shared with the "reinventing government" ideology of Clinton and Gore, has been corporatism -- the outsourcing of public functions, including war, to for-profit corporations. With the exception of his student loan initiative, Obama has pursued a corporatist agenda that includes achieving universal healthcare by forcing more Americans to buy defective products from predatory insurance companies, and trying to address global warming by creating a rigged market for carbon that would enrich speculators while raising energy prices for American citizens and productive businesses.

The tragedy of Obama is that his kind of cautious minimalism would be a virtue in an era of peace and prosperity, but is a vice in an age of national and global crisis. Our times call for determined and, if necessary, crude leaders willing to knock down rotten structures that can no longer be patched up. It remains to be seen whether Obama’s tragedy is America’s as well.

Michael Lind is the editor of New American Contract at the New America Foundation.