Speaker rules out, for now, what might have been quickest path to getting reform done 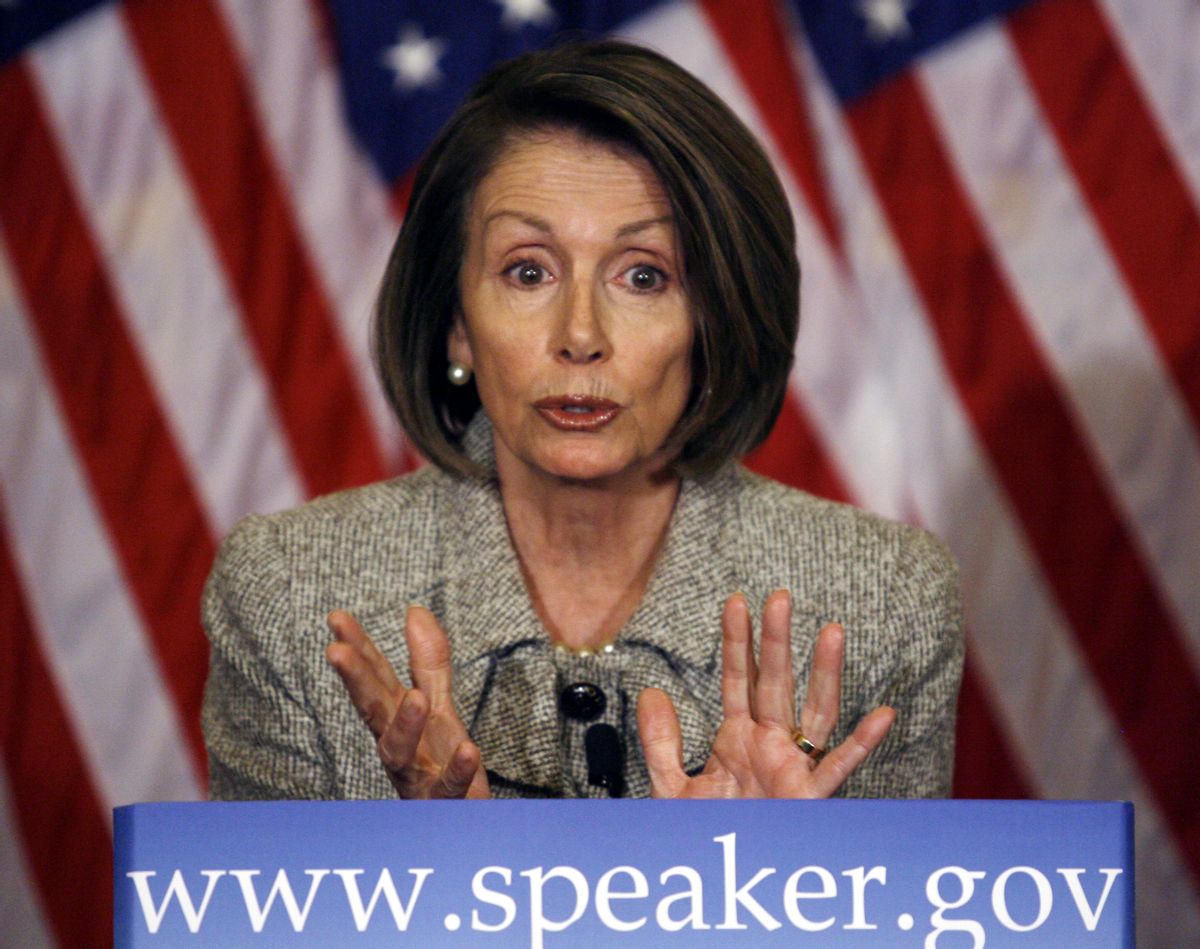 It has been a very bad week for Democrats. First, Scott Brown wins the race to succeed the late Sen. Ted Kennedy. Then, the Supreme Court gives the right a huge victory, striking down a decades-old ruling that allowed for limits on what corporations can spend on an election. Now, House Speaker Nancy Pelosi appears to rule out, for now, what might have been the best chance for getting healthcare reform passed anytime soon.

Thanks to Brown's victory, Democrats are back down to 59 votes in the Senate, one short of the number needed to break a Republican filibuster of reform legislation. But there did seem to be a way around that: If the House simply votes in favor of the health bill that the Senate has already passed, then there wouldn't need to be another vote in the upper chamber -- it could just go straight to President Obama's desk.

But speaking at her weekly press conference on Thursday, Pelosi said she didn't think that could happen, at least not as things stand at the moment.

"In its present form without any changes I don't think it's possible to pass the Senate bill in the House," the speaker said. "I don't see the votes for it at this time. The members have been very clear."

Still, Pelosi isn't giving up altogether, and it's entirely possible this is a position she's taking while she tries to persuade House progressives that this is the only way to proceed.

"We have to get a bill passed, we know that," she said. "That's a predicate that we all subscribe to."

That is good news for reform supporters, of course. But one other thing she said will make a few stomachs turn among that group: She told reporters that Democratic congressional leaders are "not in a big rush" to move forward. It doesn't seem possible that she could be sincere about that, as she has to know that with every passing day, more and more Democrats will get nervous about the bill as they stare at midterm elections creeping up on them. But given the pace this has moved so far, anything is possible.