Spice Girls spice up your songbook

The jukebox musical strikes again, as the 90s girl-power posse get their own musical 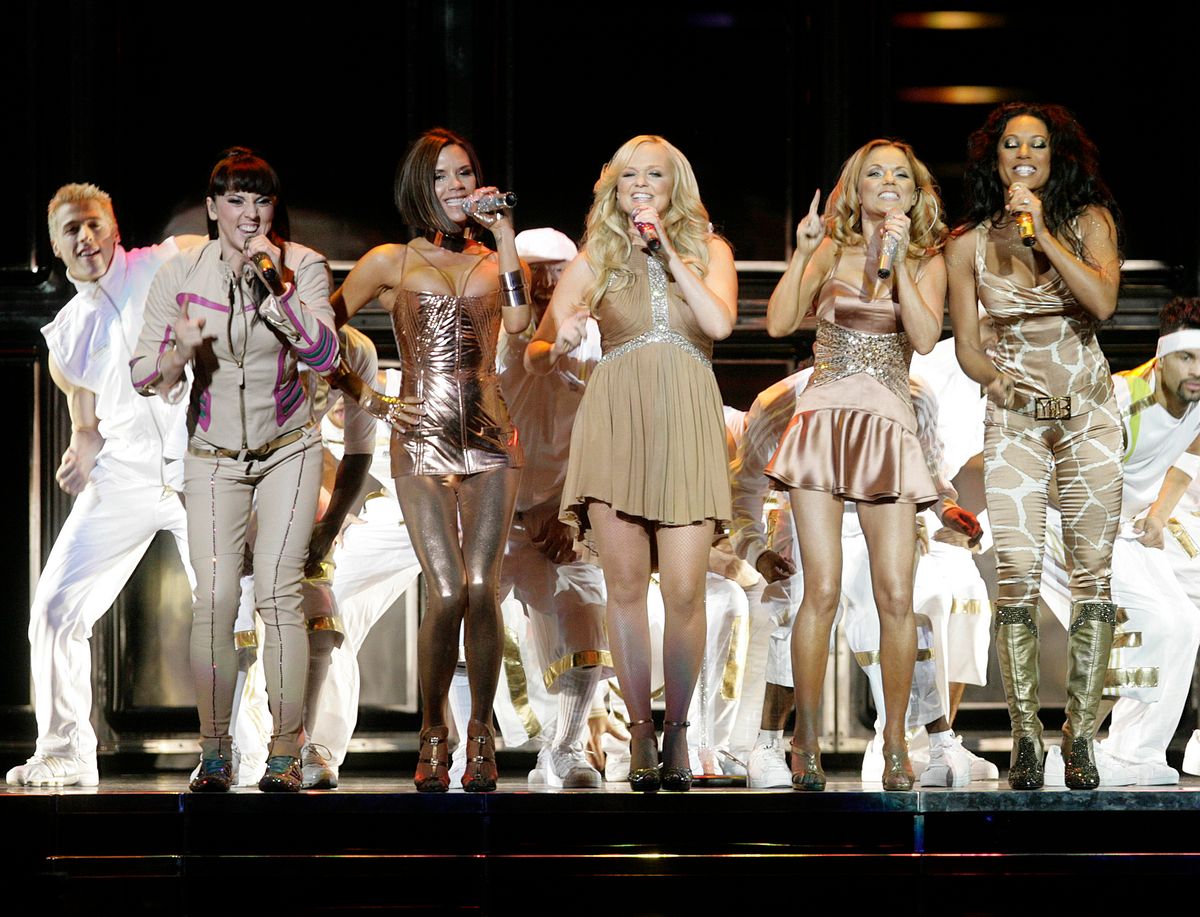 Can I tell you what I want? What I really, really want? Tickets to the Spice Girls musical, which, Variety reports, is officially on its way to London's West End. Rumors of the show began circulating in October 2009, much to the horror of those who gritted their teeth through the Spice Girls' campy, cartoonish girl-powerdom the first time around but much to the delight of British pop fans and girls who grew up in the 1990s, some of whom, say, have had a Union Jack mini-dress hidden in the back of their closet for 10 years waiting for just such an occasion (read: me). Judy Craymer, the brains behind "Mamma Mia!," teamed up with "American Idol" creator and one-time Spice Girls manager Simon Fuller to produce the musical, which is tentatively -- and lamely -- titled "Viva Forever." (My vote: "Spice Invaders.")

Though "Viva Forever" won't feature any of the five original Spices (Scary, Ginger, Baby, Sporty and Posh), it will incorporate their big hits -- from "Wannabe" to "The Lady is a Vamp" --  into the musical's plot, "Mamma Mia!"-style. Craymer described the show as "a mix of fact and fiction, a story of women and friendship," which makes it sound a little like "Spice World," the Girls' disastrous 1997 foray into film, on stage, minus the guest appearances from Meat Loaf and Elvis Costello (and, one would hope, the badness). Geri Halliwell, a.k.a. Ginger Spice, is set to help develop the show, and dare we dream that she'll encourage the audience to dress up as their favorite characters a la "Mamma Mia"? "Viva Forever" is expected to open in London in the next two to three years, just enough time to learn how to work those platform boots again.