David Axelrod and the "zeitgeist"

It's hard to watch Obama's team act like Scott Brown was a force of nature, not a symptom of Democrats' dithering 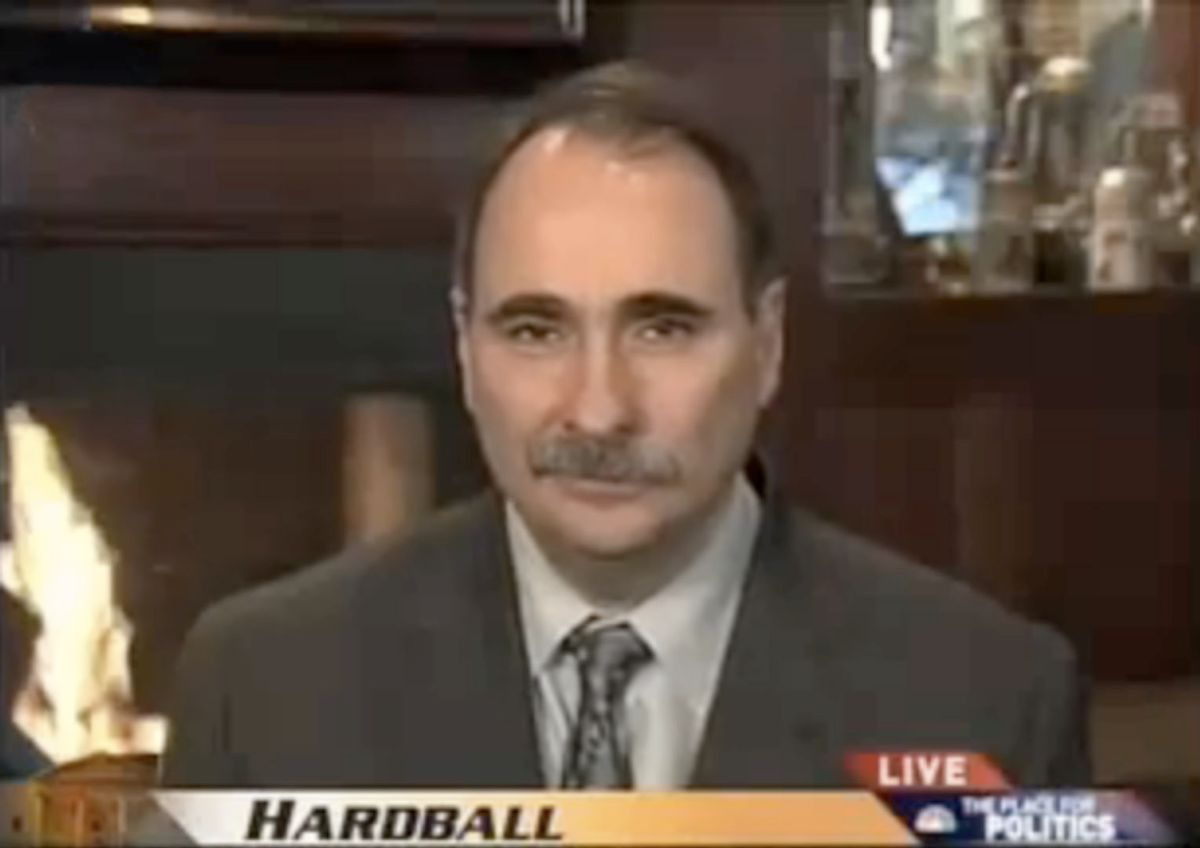 My "Hardball" segment Wednesday ended with me ranting about Obama advisor David Axelrod using the word "zeitgeist," as Chris Matthews realized the show was over and had to cut me off quickly. It's pretty funny to watch, below. Lots of my Twitter friends asked me what I was going to say. To make sure "zeitgeist" doesn't become my "Rosebud," here's the point I was trying to make.

In his "Hardball" interview that opened the show, Axelrod attributed Brown's victory to a "zeitgeist" that's demanding change. It was an incredibly passive formulation. Obama himself, in an interview with George Stephanopoulos, noted that both he and Brown rode a wave of voter frustration. But neither Obama nor Axelrod sufficiently copped to their own roles in delivering insufficient change -- especially when it comes to a healthcare reform bill deformed by compromises with the insurance industry, Nebraska's Ben Nelson, and the senator from Aetna. Here's the "Hardball" clip:

Meanwhile, they're standing by as conservative Democrats and the MSM, outrageously, blame the party's problems on capitulating to the left. I know Jim Webb is a military man, but he acted like a wuss on Tuesday, declaring that the Democrats should retreat from healthcare reform because of Brown's victory. I expect (and got) such cowardice from Evan Bayh, whose craven political explanation for why Democrats should back President Bush and the Iraq war, to Fox News in October 2002, should forever exclude him from relevance: "The majority of the American people tend to trust the Republican Party more on issues involving national security and defense than they do the Democratic Party. We need to work to improve our image on that score by taking a more aggressive posture with regard to Iraq, empowering the president." Heck of a job, Evan! Let's hope Obama is listening to you!

Now, the day before, on "The Ed Show," I ranted a little about progressives who seem to think Obama could have magically conjured up 60 Senate votes for the public option. That's not political reality, either, and I have a particular short fuse when people like Michael Moore, who sold Obama as the only progressive in the Democratic primary, bail on him now and misrepresent the political reality he faces. I've hung in there with the president most of the time this year, even as his fickle friends on the left deserted him, but he and his team tried my patience today.

I've written this twice already this week: Obama is to blame for turning healthcare reform over to Republicans, vesting almighty power in the conservative Senate Finance Committee and giving his opposition time to define and block the bill. So far he has failed to deliver the change the "zeitgeist" demands, though there's still time to do so before his party gets a thorough drubbing in November. The Wall Street Journal reported tonight that the president will propose tough new limits on banks, which is a welcome shift from his overly tolerant stance to date. Andrew Leonard has more on it here. It's not too late to deliver the responsible government and populist solutions the zeitgeist demands.