"Ed Wood's Devil Girls" and "B-Girl": Match made in hell 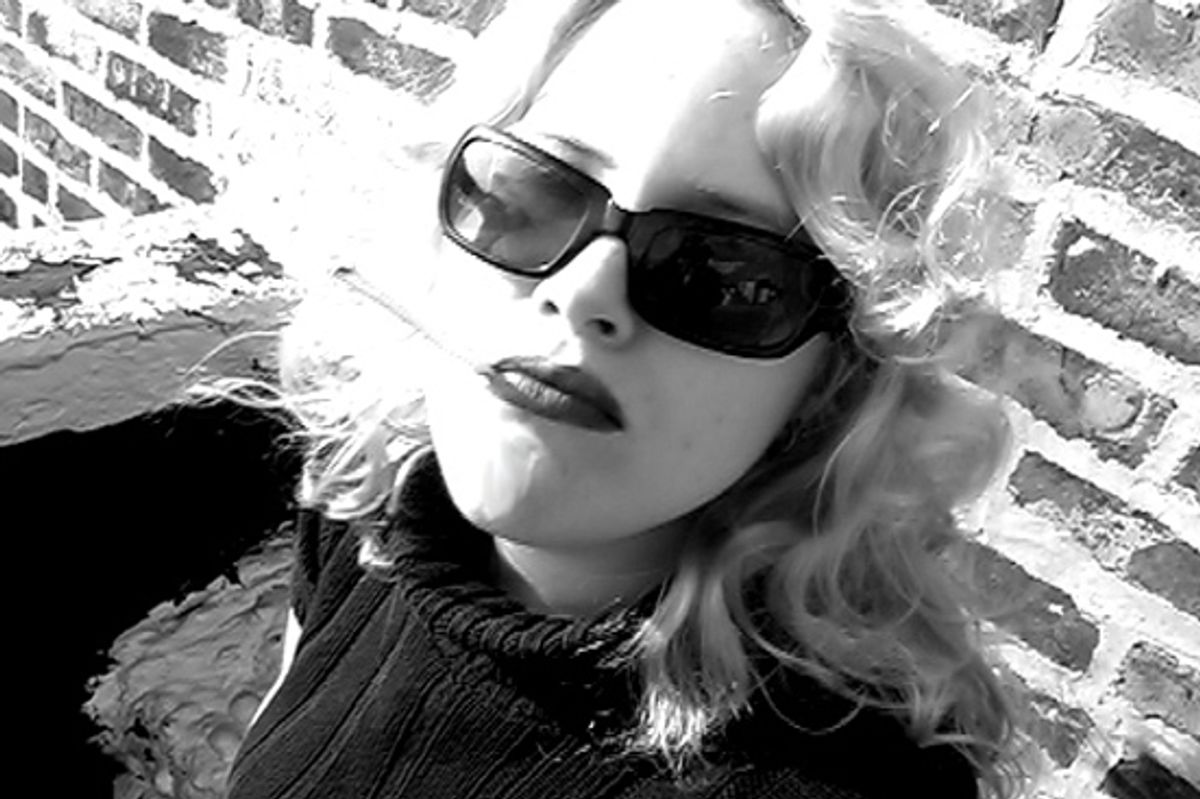 When Erik Nelson suggested the concept of "semi-regular conversation between two films" in his Film Salon column by pairing "The Hurt Locker" with the Bogie-led World War II actioner "Sahara," all of a sudden my rapidly growing pile of straight-to-DVD screeners looked less daunting. Why not have a double bill culled from the ranks of those films not quite ready for theatrical distribution? Out of a cache of upcoming films that includes the latest from Van Damme, a really violent South Korean crime movie and something called "Flavor Flav's Nite Tales Presents Dead Tone," I decided to make this double feature a ladies' night. First up is "Ed Wood's Devil Girls," a girl-gang-on-the-loose flick based on a novel by the director of "Plan 9 From Outer Space." After that is the only somewhat more modern break-dancing epic "B-Girl" from Screen Media Films, the purveyors of many straight-to-DVD releases.

Originally completed in 1999, "Ed Wood's Devil Girls" is only just now making its way to DVD, although it may have clawed its way into a handful of screenings at artists' collectives and dilapidated revival houses over the last decade. The 73-minute, black-and-white Edward D. Wood Jr. homage is the brainchild of zero-budget specialist Andre Perkowski. Along with this film, he sent me home-burned discs of yet another modern-day Wood picture titled "The Vampire's Tomb" and "I was a Teenage Beatnik and/or Monster for the Literal Underground" with Neil Innes of the Rutles. Presumably Perkowski himself hand-scrawled "Watch only one film at a time" on the back of the bubble mailer these DVDs arrived in as an almost Lovecraftian warning, fearing that a continuous viewing of his oeuvre could drive even the most hardened junk cinema aficionado to madness. These are words well-heeded.

In "Devil Girls" a "small desert town" that looks suspiciously like the Chicago suburbs is plagued by a drug epidemic and a ruthless gang of female juvenile delinquents who "don't even wear panties" according to an overwrought high-school principal. The pantyless girl gang gets high, engages in girl-on-girl grope sessions and has hallucinations of "a shapeless thing in a flowing gown surrounded by dark marijuana smoke." On the case is Buck Rhodes (Paul Hoffman), the town sheriff who is given to non-sequitur rants about over-taxation and how "automation is the ultimate of human desires." And since this is based on an Ed Wood novel, cross-dressing is eventually used to infiltrate a massive drug drop of "marijuana, pills, LSD, the works."

"Devil Girls" is pieced together from murky Super-8 film footage and videotape made to look like murky Super-8. By choosing Ed Wood as his muse, Perkowski has created an arena where any production shortcoming is easily explained as being done in the name of authenticity. While the sight of a fat, bald guy staggering around as Tor Johnson from "Bride of the Monster" is a bit much, Perkowski is smart enough to use Wood's completely inane dialogue as the film's greatest asset. The straight reading of Wood's prose by amateur actors (just as Wood himself would have done it) gives "Devil Girls" more than a few hearty chuckles.

Whereas "Devil Girls" was filmed in the 1990s but attempts to look like something from the '50s, "B-Girl" is a 2010 release with the look and feel of something from 1984 (the year that "Beat Street" graced still-surviving drive-ins). Angel (Julie Ulrich), a Brooklyn-bred break dancer with a mad rep, is stabbed by her jealous ex-boyfriend Hector (James Martinez) in an attack that also leaves Angel's friend Rosie (Aimee Garcia) dead in a pool of blood. The assault causes Angel and her mom (Missy Yager) to hightail it to L.A. despite Angel's desire to stay on the East Coast. For the rest of the picture, we keep hearing that "Hector is out there" as a reason for not going back to Brooklyn. Why is Hector out there? He killed somebody. Why isn't he in prison? "B-Girl" writer/director Emily Dell never bothers to give us that stock scene of Hector intimidating Angel and other witnesses with his street gang or getting off on some kind of legal technicality. Despite committing homicide, Hector is left to date other girls and stab them in alleyways.

This sort of thing happens a lot in "B-Girl." Angel wants to stay on the East Coast, right? She goes to L.A. Community College, meaning she's at least 18. Why didn't she just stay in New York? She's an adult. We never find out. During a scene in which Angel discovers a church break-dancing class (yes, this is a stealth Christian film) she is shoved down by a rival dancer named Righteous. You'd think that would spark a dance-off where Angel has to prove her mettle in competition with Righteous. That would maybe provide some suspense or drama as well as an explanation of future camaraderie between the two b-girls. Instead Righteous helps Angel up and then asks her to be part of her more secular break-dancing crew that practices in a bar during off-hours.

Although "B-Girl" itself is one giant cliché, it's almost as if Dell turns away from resorting to them in the telling of her story (which is based on a 2004 short film of hers by the same title). Unfortunately, the obvious, time-worn scenes that are absent here aren't replaced by anything more interesting, resulting in a film with more head-scratching moments than "Devil Girls," and "Devil Girls" openly courts incoherence. Even with its shortcomings, "B-Girl" could have been saved on the dance floor, but there's just not enough dancing here to put it over.

During this double feature, check out "Devil Girls," but you'll wanna bounce before "B-Girl."