Does Harold Ford know which state he's running in? 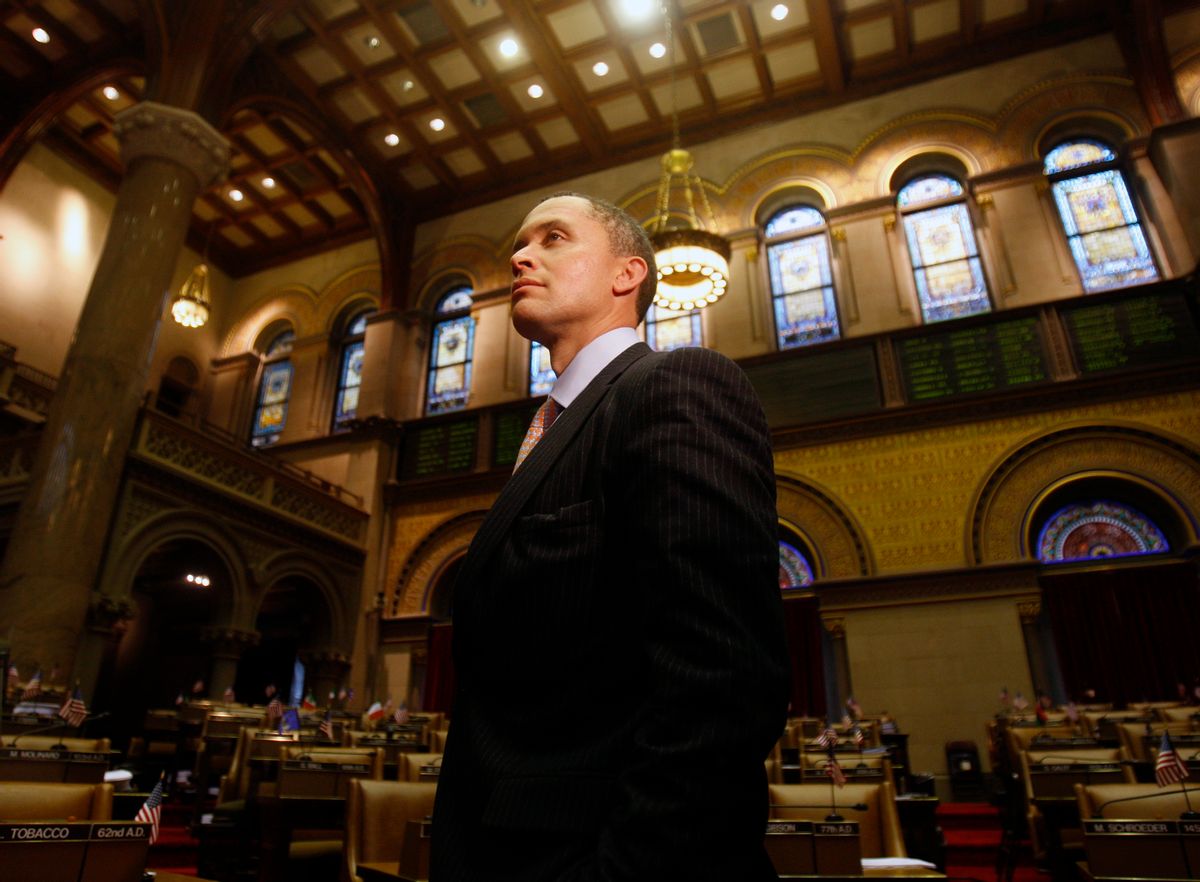 Former Rep. Harold Ford Jr., D-Tenn., seems to be preparing to run for Senate -- he's all but made it official. Problem is, judging from an Op-Ed he wrote for Monday's New York Times, he doesn't seem to realize that he'll be running in his new home state of New York and not in Tennessee.

If Ford does decide to run, he'll be challenging incumbent Sen. Kirsten Gillibrand in the Democratic primary. Gillibrand, who was appointed to the job by Gov. David Paterson after Hillary Clinton was appointed as secretary of state, wasn't a popular choice among New York Democrats, who saw her as too moderate. So she's certainly vulnerable to a primary challenge. But for some reason Ford seems determined to run at her from the right, at least on most issues.

In the Op-Ed, Ford takes a couple of positions that would seem more at home back in Tennessee, rather than in one of the country's more liberal states -- some might even be more welcome in a Republican primary than a Democratic one. Among his ideas are a tax cut for businesses, and maintaining the capital gains rate at the level it was cut to under former President Bush.

On the healthcare front, Ford first says that "President Obama and the Democratic Party need to shift attention away from health care and toward a bold effort to create jobs, improve the economy and rein in the size of government." Then, among the proposals he lists is malpractice reform, a Republican favorite and something most Democrats have long opposed.

Ford tops all that by saying, "It’s a good sign that the Obama administration is following the advice of Senators Kent Conrad of North Dakota, Evan Bayh of Indiana and other Democratic fiscal pragmatists who embrace the idea of a bipartisan commission to recommend spending cuts to rein in deficit growth." New York Democrats don't exactly go to sleep dreaming that Conrad and Bayh were their senators; after this Op-Ed, they probably won't be dreaming about Ford, either.

Update: Hey, speaking of which -- this isn't going to help Ford once the "carpetbagger" charges start flying. At least Clinton knew to wear a Yankees hat, even if she got some guff for it.