The foods America doesn't want you to eat

The U.S. is relaxing import rules on haggis -- but these other exotic dishes are still forbidden 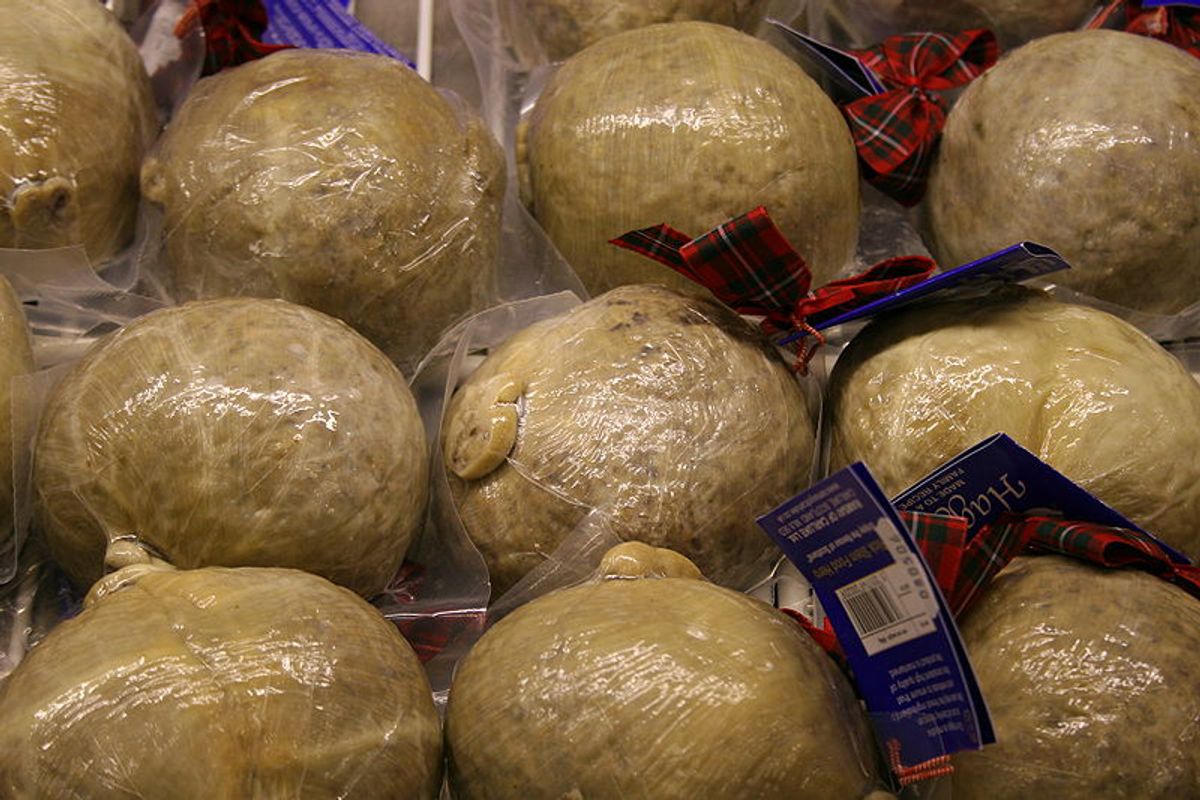 Good news Scottish-Americans and sheep-innard fans! Haggis, the traditional Scottish dish made with minced sheep offal, oatmeal, and suet that has been banned from the United States for 21 years, may soon once again be allowed in the country. Yesterday, the US Department of Agriculture announced it was planning on updating its rules (initially prompted by Mad Cow fears) to bring them "in line with international standards," and allow the dish back into the country. In the past, the rules have led many Scottish Americans to rely on either smuggled haggis or inferior versions made from alternate ingredients (like beef) to satisfy their appetites.

The announcement has fortuitous timing, given that today is Robbie Burns Day -- a celebration of the Scottish poet and day of traditional haggis consumption. But the Scottish dish isn't the only international cultural delicacy that's had trouble finding its way into United States. The USDA has a lengthy list of foods that aren't allowed into the country because of environmental and safety reasons, and others are banned from a state-by-state basis.

What other exotic foodstuffs won't you find in a grocery store near you? (If you thought the prospect of eating sheep offal was troubling, try "maggot cheese"):

For centuries, the Japanese have been consuming the liver of this odd-looking puffer fish. It can be turned into delicious foie gras, and laden with healthy omega-3 amino acids. Unfortunately, it's also laced with tetrodoxin, a neurotoxin that accumulates within the fish and can paralyze or kill the person who eats it. Only one-third of wild fugu fish carry the poison, which can usually be cleansed by cleaning, but it still regularly claims victims and, even in small amounts, numbs the lips of the person who eats it. The fish is widely (if illegally) consumed in Japan, a fact that the emergence of non-poisonous breeds of the fish has yet to change.

This soft cheese is a delicacy on the Italian island of Sardinia, with a highly pungent smell, near-liquid texture, and a taste similar to very ripe gorgonzola. More excitingly, it also contains thousands of tiny writhing maggots. The cheese (also known as "maggot cheese") is made when the critters are introduced into pecorino, and allowed to eat their way through the cheese's fat, thereby enhancing fermentation. While the maggots are still alive, the cheese is consumed as a spread on a slice of bread (Diners are advised to cover their eyes to avoid the jumping larvae). The cheese has been banned in the European Union (and the United States) because it can cause vomiting, diarrhea -- and because of the damage maggot mouthhooks wreak on stomach linings. If this whets your appetite, and you'd like to see the cheese in German-language action, check out this clip:

The wild sturgeon, whose black eggs have become the cliche luxury food product, isn't doing terribly well these days. In the Caspian Sea, where much of the world's caviar is produced, the fish is imperiled by a pollution, overfishing, and a disappearing habitat. In 2005, the U.S. Fish and Wildlife Service has banned the sale of wild caviar, which has helped build a burgeoning caviar aquaculture industry (particularly in California), but left gourmet caviar fans disappointed. (And. as always during a recession, our thoughts are with the caviar fans.)

The U.S. only allows the import of artisan meats that have been killed at U.S.-certified slaughterhouses. This means that many of the best meats in Europe -- produced in small villages, and old, small slaughterhouses -- aren't available on this side of the Atlantic. The solution for many chefs: Smuggle them into the country. As Chef Ray Knight described in a recent Wall Street Journal article, he snuck in "pork shoulder and fennel-pollen salami" inside a stainless-steel water bottle. With the impending arrival of full-body scanners at airports, it's a strategy that isn't likely to work for much longer, depriving American meat lovers, chefs seeking to create their own perfect salami, and those of us who enjoy a good pork-shoulder smuggling story.

The selling of horsemeat is not only taboo, it's illegal in California and Illinois. While the meat, which is tender and low-in-fat, is widely consumed in many other countries -- at street-side vendors in Austria, in Swiss fondue, and as a diet staple in many central Asian countries, for example -- your craving for horse tacos isn't going to be easy to satisfy in ban-less states either. The last horse slaughterhouse in the United States closed in 2007, and, if you happen to go public with your appetite, the peer pressure alone will likely turn you vegetarian.