Can you score with your ace game-time snack?

Bring it on with your first-string chicken wings! Plus: Last week's winners 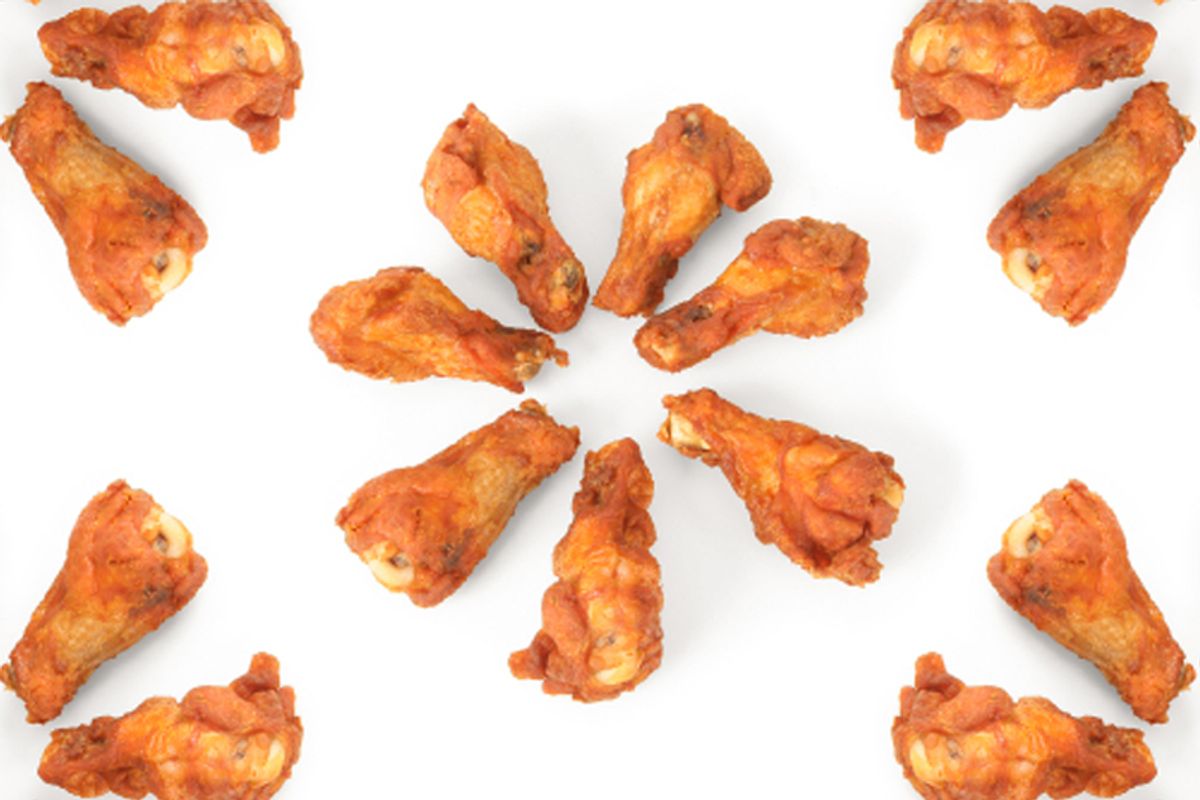 Every week, your challenge is to create an eye-opening dish within our capricious themes and parameters. Blog your submission on Open Salon under your real name by Monday 10 a.m. EST -- with photos and your story behind the dish -- and we'll republish the winners on Salon on Tuesday. (It takes only 30 seconds to start a blog.) And yes, mashed potato sculpture counts as a dish. Emphatically.

The longest two weeks of the year have just begun for football fans; after 24 weeks of action, after the teams are set, we have to hold our breath for 14 more days for the Super Bowl. And as much as everyone always dismisses the forgettable Pro Bowl, let's be honest with ourselves: We're going to watch it next weekend, so we might as well put it to good use and brush up on making our sports-watching foods. What's your first-string game-time snack?

Do you make explosive chicken wings? Nachos good enough to distract people from the TV? Serious spiced nuts? (You might be laughing at spiced nuts, but when you meet someone serious about spiced nuts, few things are more welcome on the coffee table.) Tell us about your best snacks, and may your team always be covered in glory (except when they're playing the Chargers).

Be sure to tag your post: SKC game time snacks

Scores will be very scientific, given for appealing photos, interesting stories behind your submissions, creativity, execution and touchdown-to-interception ratio. (Keep an eye out on your Open Salon inboxes Monday morning to see if you're a finalist!)

M.L. Cook! For a life story told in puddings: "I have never met a bread pudding I didn't like, but the best, the ultimate version is French Toast Deconstructed, better known as Maple Bread Pudding. It really shouldn't be a part of my repertoire these days, as it isn't cheap. But I am blessed to have wonderful neighbors, who not only have a sugarhouse and a henhouse, but are generous with the products of both. Making this makes me feel quite well-off, in every way." (Recipe for maple bread pudding included.)

In the Badass Mom category:

Elizabeth Kirby, for a portrait of her mother as a young, unstoppable woman, a classical pianist with a penchant for rolling out pie crust with vodka bottles. (Recipe for J.S. Bach banana pudding included.)

In the category of Borrowing a Cup of Sugar:

In the True Pudding Believer category:

Cindy Capitani, for the highest level of pudding fanaticism (and a shout-out to Kozy Shack rice pudding, not just the finest pudding on supermarket shelves, but, I believe, the finest packaged food in the country). "Pudding is magic. It can turn a bad day right side up, can turn water into wine. Really." (Recipe for rice pudding included.)

In the category of So Unusual I'm Trying It Immediately:

In the Combination of Nearly All Good Things category:

Rebecca Farwell, for a coconut banana bread pudding recipe inspired by her son in Hawaii and her daughter who, er, "loved bananas more than any other fruit. We worried that Paige, who ate them like a jungle animal, might be more chimpanzee than human. For a time, we could actually comb the dark hair on her toddler back, which we pointed out to friends when she ran around in a bathing suit. 'Should we be worried?' we asked. Luckily, she grew out of it before any meaningful social damage occurred." (Recipe for coconut banana bread pudding included.)

In the Jumping the Fence category:

Lucy Mercer, for a lemon pudding so good her dessert-dismissive husband sneaks bites of it from the dishes in the sink. (Recipe for lemon pudding included.)

Designator, ostensibly for a savory tomato pudding, but really for a pair of extra-awesome images of the author's grandfather's 50-year-old recipe binder. (Very vintage recipe for tomato pudding included.)

In the Variation on Molten Chocolate Cake category:

In the None More Black category:

Teresa, for an interesting idea on making chocolate mousse both denser and "lighter": omit the cream, and just blend chocolate and flavorings into whipped eggs. (Recipe for dairy-less chocolate mousse included.)

In the category of Reminiscence:

Lee H, for a thought on tapioca pudding that turns into a tribute to the author's sweet-toothed Grandfather.

In the Self-Starter category:

Michelle Davis, for being inspired by the Kitchen Challenge to write her very first blog post, though she'd never before made a pudding that didn't come out of a box. "If I did have grandmothers that cooked, what kind of pudding would they make? Bread pudding. That sounded grandmotherly. So, I think that would qualify." (Betty Crocker's recipe for bread pudding included.)

Finally, in the Don't Let Your Children Be Parents category:

Bellwethervance, for a story about Baby Alive. It's only tangentially pudding-related, but there's always room for stories of childhood mishaps with lifelike toys. "Then my brother got the idea that if she could eat fake food, well, couldn’t she eat real food?" Hilarity ensues.