This week's champ walks us through a custard biography, with a recipe for maple bread pudding 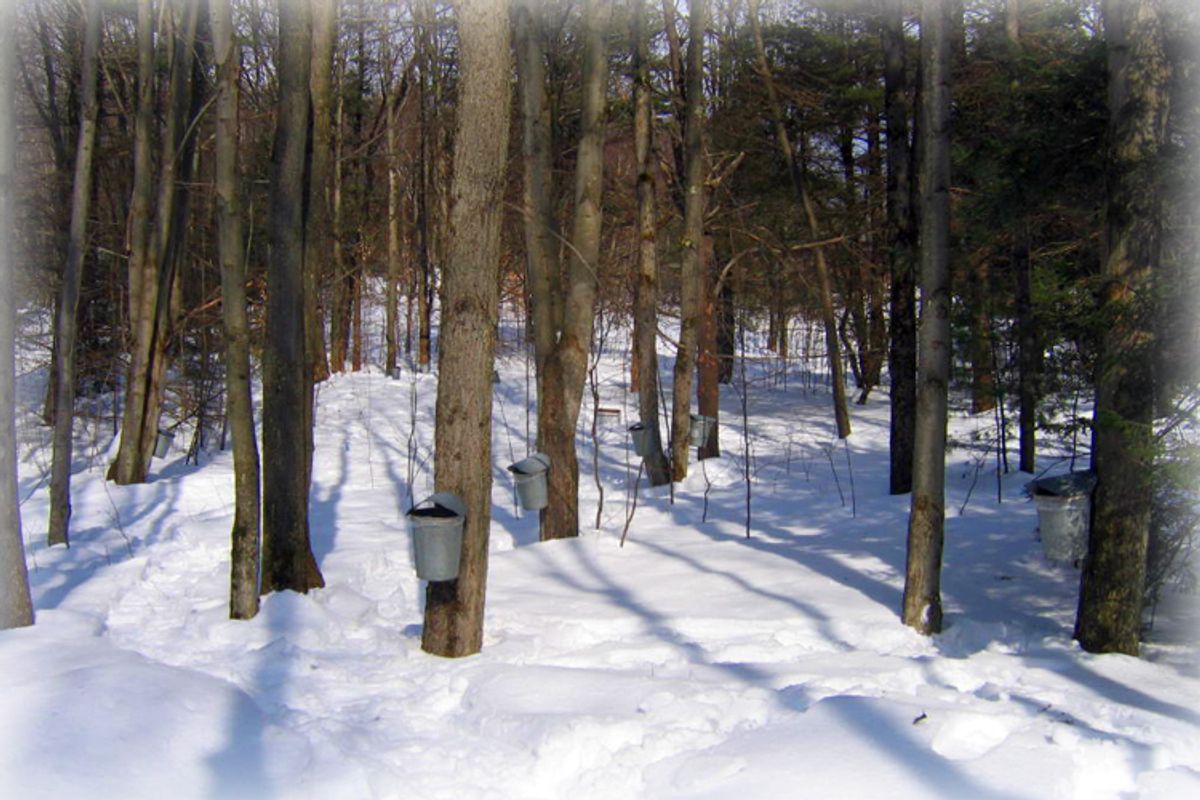 This winning entry for the Salon Kitchen Challenge -- in which we asked readers to come strapped with puddings -- comes to us courtesy of M.L. Cook. Check out this week's Challenge here.

I had a pudding-deprived youth. My mother did not like heavy, damp dishes. She loathed her ancestral Swedish rice pudding, cubed bread was only fit for stuffing turkeys, and New England Indian pudding was as foreign to her as gulab jamun. Her only acknowledgment of the pudding realm was the shelf of My-T-Fine and Jell-o pudding mixes in the pantry. I learned to make pudding from one of these boxes around the same time I learned to make a rhubarb pie from scratch.

My-T-Fine was fine. I liked it a lot. It was my definition of good pudding for a very long time. Once, when I was 9, a family friend took my sister and me to the Metropolitan Museum of Art, and bought us lunch. I was entranced by the dolphin sculptures in the pool, but far more thrilling was the announcement that we could have anything we wanted to eat. I asked if I could have two chocolate puddings. It was probably some industrial version of My-T-Fine, but no mousse au chocolat ever surpassed the giddy joy of eating two bowls of chocolate pudding in a row. I had not yet figured out that adults could and often did indulge themselves in multiple orders of things, although maybe not so much with pudding.

Despite my mother's attempts to educate me in the ways of flaky pastry and lighter fare ("Baked apple, Mumble? You can have a nutmeg cookie with it"), I grew up unsatisfied with this dessert range. Some atavistic fondness for foods of a high specific gravity made me yearn after those puddings I read about in books -- hasty, figgy, roly-poly. In high school I learned to make the magical brownie pudding, the cake that produces its own pudding sauce as it bakes. My mother preferred her lemon sponge version. It was delicious, but it was fussy, with the beating and folding in of egg whites, and anyway, it was a little too ethereal to count as pudding.

Eventually I got to spend a year in the U.K., the Land of Puddings, where there was no My-T-Fine, only Bird's Custard. But real pudding, pudding of substance, was everywhere -- marmalade, suet, treacle, toffee. I gained 20 pounds and the habit of buying an English plum pudding for Christmas every year -- a small one, for me, because no one else in the family would eat it. My father could be convinced to eat a small slice, but my father would eat anything.

That was my emancipation from My-T-Fine. I learned to make real puddings on my own. Admittedly, the Christmas I made a Swedish rice pudding, I realized I agreed with my mother. Even my father was reluctant to deal with the leftovers. I'm pretty sure I know what the matter was with Mary Jane. The dog liked it, though.

Bread pudding was a happier revelation. It has been one of my favorite things since enlightenment struck me decades ago at Brennan's, probably under the influence of some whiskey sauce. Here was the dessert course cousin of my beloved turkey stuffing. It is, to my mind, the perfect pudding -- solidly amenable to any flavorings. It bears up well under additions of whipped cream, or ice cream, or even chocolate sauce. You can put fruit on it, or in it, if you're that sort. Once, a version with chocolate chunks nearly made me faint. But if you're more into the poverty end of cuisine, as I am, it doesn't need any of the frills. Bread pudding alone will fill you up nicely and leave you feeling you have dined well. Let's see a soufflé do that. Plus, just like its more pristine fraternal twin French toast, bread pudding resurrects the stalest bread.

Now that I have an oven again, I make bread every week. It's a benefit of poverty. It goes stale fast, but it never goes to waste. Pudding is the dessert of hard times, something I didn't realize in my feckless middle-class youth. Last summer I rediscovered the startling pleasure of vanilla tapioca pudding. Made from scratch with an adequate injection of vanilla, and chilled, it can even damp down ice cream cravings.

I have never met a bread pudding I didn't like, but the best, the ultimate version is French Toast Deconstructed, better known as Maple Bread Pudding. It really shouldn't be a part of my repertoire these days, as it isn't cheap. But I am blessed to have wonderful neighbors, who not only have a sugarhouse and a henhouse, but are generous with the products of both. Making this makes me feel quite well-off, in every way.

My recipe is a tweaked version of that by the Quebeçoise cooking queen Mme. Jehane Benoit, one of my kitchen goddesses.

4 generous slices of bread, preferably homemade oatmeal, made with maple syrup. I think of Mme. Benoit every single time I make bread, because of the advice her master-baker grandfather gave her back at the turn of the 20th century about adding a touch of ginger to the yeast to give it "dancing pep." I always do. I don't know if it works, but rituals don't really need to work. I made oatmeal bread with a little maple syrup for this pudding, because oatmeal bread is what I always make (I believe Mme. Benoit would approve), but I suppose you could use ordinary bread. Good bread, I mean. Not the kind you make into homemade Play-Doh with Elmer's glue.

3 tablespoons butter, softened, or more, depending on how profligate you feel. Margarine, if you must, but unsalted Cabot Creamery butter would be better.

4 eggs, preferably gathered yourself in the past week, after treating the hens to banana bannocks. Chickens like damp and heavy desserts, too. The banana part was a surprise.

½ cup real maple syrup, or more, again depending on how devil-may-care you're feeling. The syrup should be from Vermont, Grade B, or maybe Grade A Dark Amber. Canadian is OK. You could even use stuff from New Hampshire. Just do not use wimpy, wussy, fancy Grade A Light Amber unless you have nothing else. It's a lot better than nothing.

2½ cups milk: The level of fat quantity is between you and your refrigerator. You already know what would taste better. I use skim because I rarely have whole milk on hand, not out of virtue.