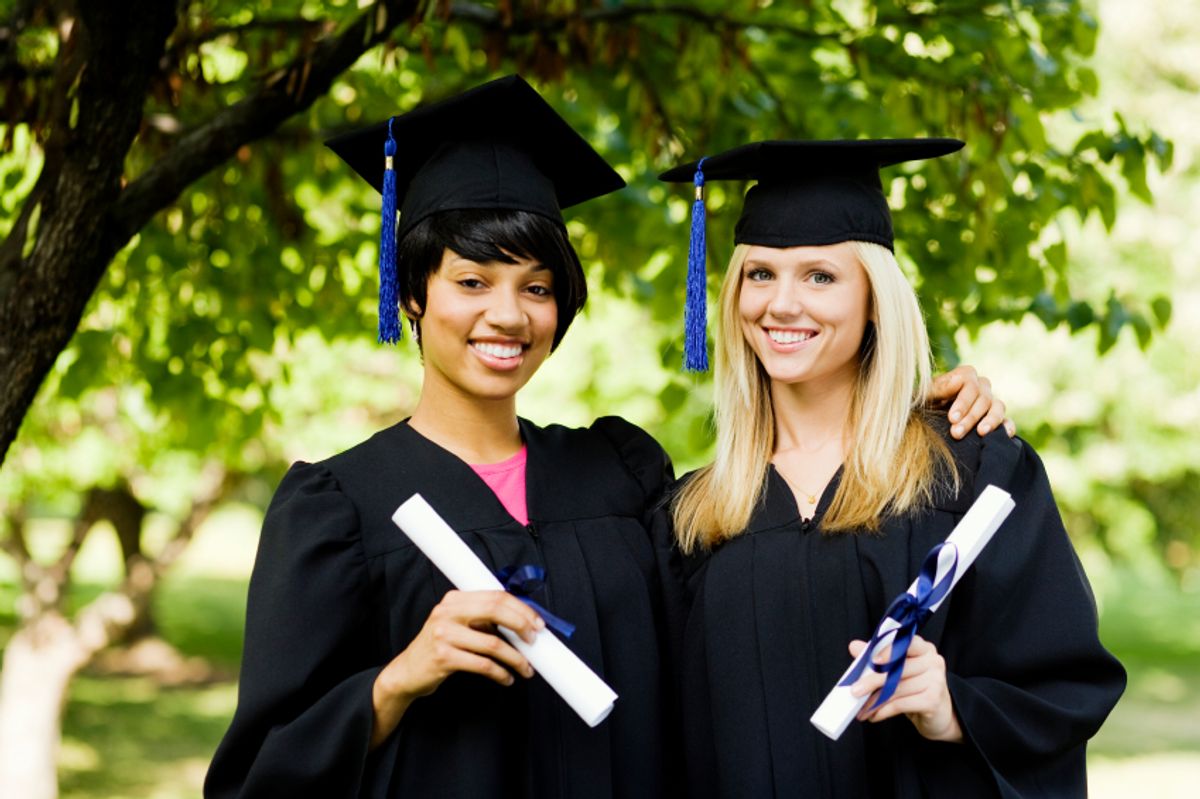 Good news for men, bad news for trend-piece writers who are convinced that the recent uptick in highly educated female breadwinners means the male of the species will soon be redundant: After dropping for decades, the percentage of men earning bachelor's degrees seems to have stabilized at about 43 percent. That still means a substantial female majority -- by contrast, as Daniel de Vise points out at the Washington Post's website, men are "overrepresented in the military, special education, manual labor and prison populations" -- but at least everyone can stop worrying that men are going to be squeezed out of colleges entirely.

In fact, says de Vise, "[a]dmit rates are lower for women than for men at some schools, prompting talk of possible gender bias in admissions," and federal civil rights investigators recently began looking into several Washington-area colleges suspected of favoring men. You know, like they always did, until quite recently. "Men once dominated higher education, mostly because of artificial barriers that barred many women from collegiate study," de Vise writes, but "Those barriers gradually fell away." And then, apparently, they went back up again at some schools, once it became clear that on a level playing field, women would beat men at the admissions game. So while we process all this, let's keep in mind that that Pew Research Center report currently being spun as if it portends imminent female world domination actually says that this is "the first generation in which more women than men have college degrees" and that women outearn men in less than a quarter of American heterosexual couples. If gender inequality that favored men hadn't been the norm for so long, such modest advances for women wouldn't be news at all.