Insurgent, darling of the right underdog no more in Senate race against popular governor 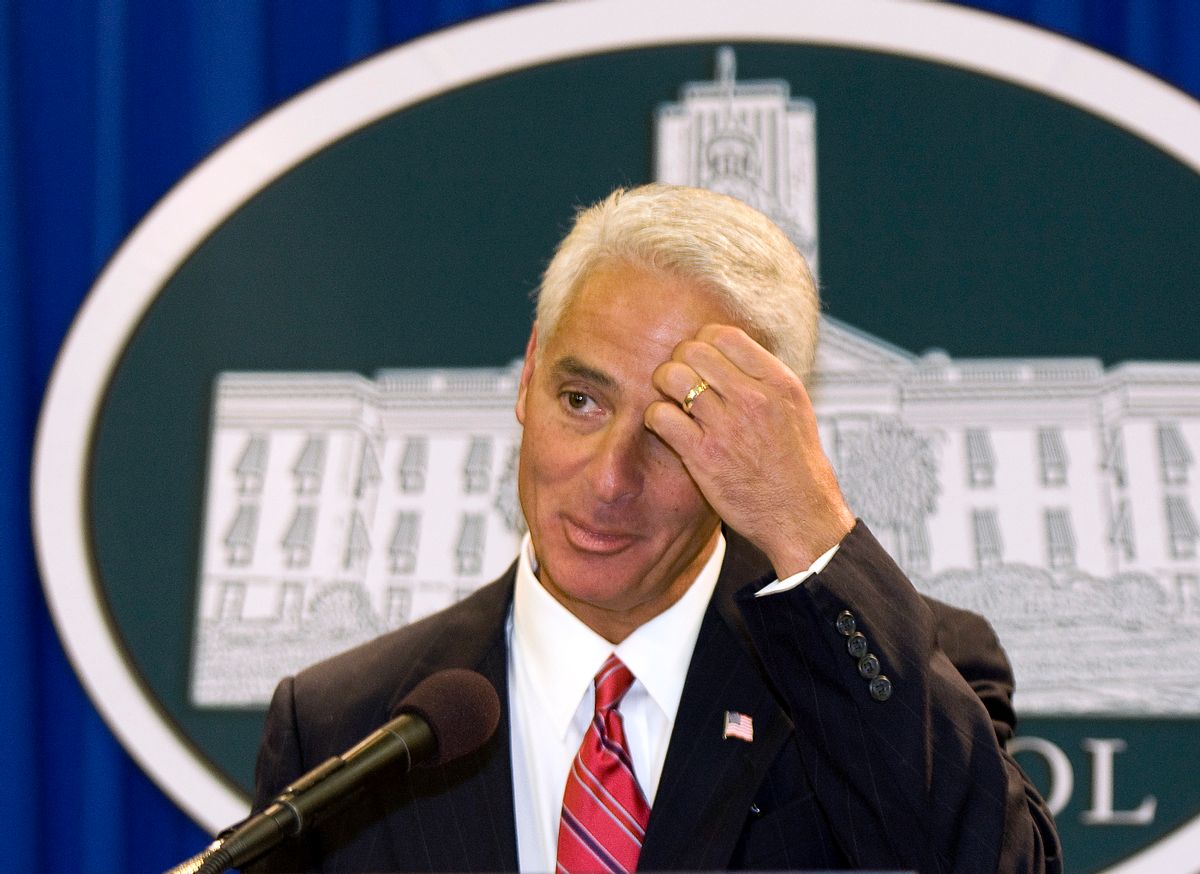 Florida's Governor Charlie Crist (C) attends a news conference to officially announce that he will be running for the US Senate, at the Florida Capitol in Tallahassee May 12, 2009. REUTERS/Mark Wallheiser (UNITED STATES POLITICS) (Reuters)
--

Once, it seemed all but certain that Florida Gov. Charlie Crist would be elected to the Senate this November. He's been a popular governor, after all, and so Democrats were all but conceding the race to him -- no one with the kind of stature the party would have wanted to go up against him wanted to be the sacrificial lamb.

But Crist has been having trouble fending off a primary opponent, former state House Speaker Marco Rubio, who's hitting him from the right and getting a lot of conservative support for doing so. And now a new poll shows the race essentially tied, but with Rubio leading.

The survey, conducted by Quinnipiac, has Rubio up over Crist, 47-44. (That's within the margin of error, which was plus or minus 3.8 percentage points.) Back in June, Quinnipiac points out, their polling had Crist leading by 31 percentage points; as recently as October, Crist was ahead by 15.

Some of Crist's troubles may actually be due to a Democrat: President Obama. Crist had angered conservatives by supporting the stimulus and appearing with Obama in order to do so, and the president's numbers in the state aren't good. A plurality of respondents -- 49 percent -- disapprove of the job Obama's doing; 45 percent approve.