Whites-only basketball? Unlimited corporate political spending? And it's only Tuesday 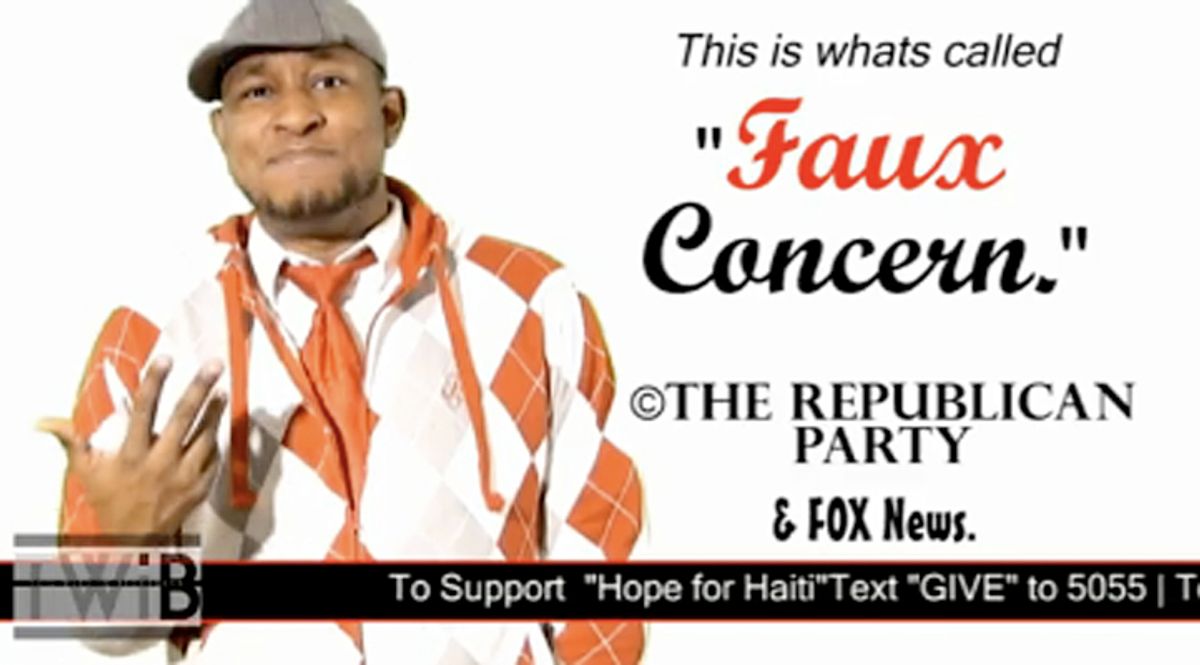 And no, it's not because my neighbors think it's a GRAND idea to pace right over my bedroom at 3 in the morning. (Note: If my neighbors happen to be reading this, I do request that you stop. I own a samurai sword. #Truestory) I'm tired because there's only but so much outrage I can have in a seven-day period. I know, I know; I'm a black male and it's a well-known fact that we are terribly angry and quite scary. (Grrrrrr! See? You were terrified.) With the myriad of ridiculousness going on in American politics and race, it's at the point that I can't even muster the energy to scare white women on the NYC subway.

And really, what type of life is that to live?

So far this year I've barely made it to 10 a.m. EST each day before I have a mild conniption. If the morning news shows happen to fail me in causing a daily panic (forget what they're reporting on, just their ineptitude in the actual reporting is enough to raise my blood pressure) I am sure to receive a "Tweet" quoting some idiot in a position of influence that is guaranteed to have me muttering to myself. (Yes, muttering IS an attractive quality in a person ... is what I tell myself.) By the end of the week I'm in some sort of rageless catatonic state; I'm able to converse with people, but it's probably way more about brunch (I really like brunch) than anything of substance. I'll occasionally have someone e-mail toward the end of my seven-day indignance wear-down cycle with something completely rageworthy and I have little to offer. No snarky commentary. No camaraderie in our FIGHT against the powers that be ... stupid. I just gloss over it and hope that I get another chance to see it when I've had my "Oh, Hell naw ..." tanks refilled.

There's a saying: "If you're not outraged, you're not paying attention." Well, what if you were paying attention. So much so that you've plum run out of that outrage we were just talking about. Is there a Walmart for outrage? Somewhere I can pick up a huge 50-pack of "pissed off" to supplement my own naturally occurring anger? Perhaps I need to see a doctor on the matter. Otherwise I might be seen as someone who enjoys rants on Haiti's pact with the devil simply because I didn't throw a punch at my laptop when I saw the Pat Robertson clip.

Luckily "This Week in Blackness" is written and shot toward the beginning of my cycle. Take a look and enjoy.

This Week In Blackness