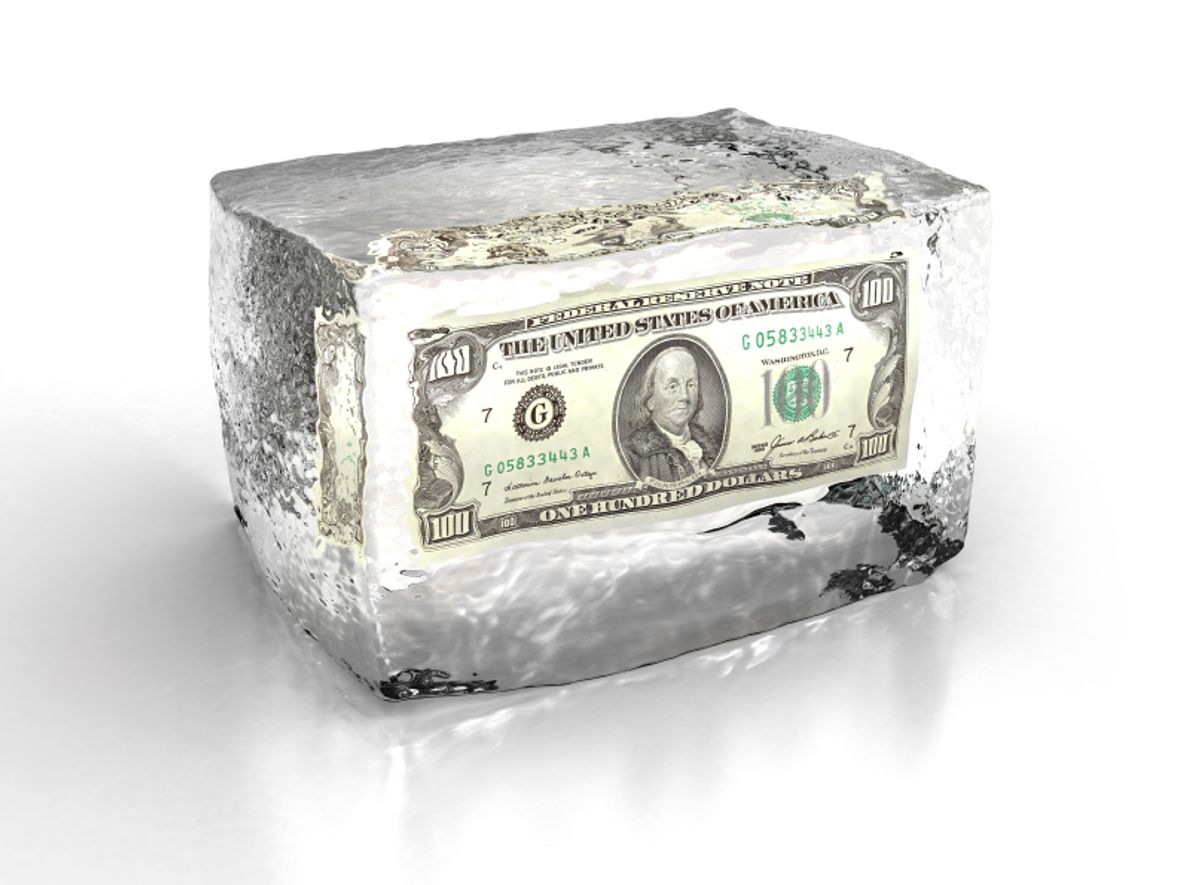 The White House leaked Monday that one of the big announcements President Obama will make in his first State of the Union address this week is that he wants a three-year freeze on federal discretionary, non-security spending. It’s the sort of proposal that looks wonky and dry at first glance, but actually cuts to the heart of arguments about what government should look like and how it should act.

The White House has actually been batting the idea around for some time, and administration officials weren’t exactly expecting Congress to roll out the welcome mat. Final budgets, after all, will require congressional approval, and that means that representatives and senators will have to vote to cut back programs -- most likely including some pets -- to make the freeze happen.

An anonymous White House official quoted in the Huffington Post pointed out that it’s not an across-the-board freeze, and can entail increases in some areas so long as they’re offset elsewhere. Still, the official acknowledged, "Do I think this is going to win us lots of kudos among some on Capitol Hill? No." On the other hand, an anonymous "adviser to Congressional Democratic leaders" told the New York Times, "A lot of our caucus won't like it but I don't think we have any choice. After Massachusetts and all the polls about independents abandoning us for being fiscally irresponsible, we can't afford to be spending more than Obama."

Curtailing spending during a recession seems odd, to say the least, from liberals’ vantage point. (See our editor, Joan Walsh, for her reaction, as well as video of an incredulous Rachel Maddow here, and elsewhere in Salon, Robert Reich.) The whole idea of a  stimulus is to accrue deficits to counteract the recession, and the administration seemed fairly committed to that principle -- $787 billion worth of committed, you might say. Cutting spending, on the other hand, is the method by which Franklin Roosevelt caused a new recession in the middle of the climb out of the Great Depression.

But there is at least one Democrat who the White House can count on to love gestures toward the right. Said Indiana Sen. Evan Bayh, "It was a good move, it was a strong move, and I think people across this country will say it's about time. It's not only the right substantive to do, it's also the shrewd political thing to do."

Meanwhile, actual Republicans are, inevitably, laughing off Obama’s proposal as too little and too late.

Michael Steel, a spokesman for House Minority Leader John Boehner, mocked the idea, saying, "Given Washington Democrats’ unprecedented spending binge, this is like announcing you’re going on a diet after winning a pie-eating contest." The Republican National Committee, meanwhile, put out a fact sheet hitting the president for the spending he's already done.

And at the ever-reliable Corner, one of the National Review's blogs, Ed Whelan wrote that the freeze doesn’t count for much, since it doesn’t roll back the stimulus, leaves Medicare and Social Security untouched and doesn’t propose to modify the healthcare plan. (It should be noted that Medicare and Social Security spending are protected by statute, and the healthcare plan would lower the federal deficit.)

"Some freeze," Whelan said. His colleague, Veronique de Rugy, channeled Ross Perot and offered a pie chart of the federal budget, showing how small a share Obama is proposing to freeze. De Rugy, who presumably would prefer deep cuts in military and Medicare spending, commented, "How banal."