And God said: Let there be an iTablet

Can there be too much hype for Apple's newest world-changing device? No, not really, unless you're in the news biz 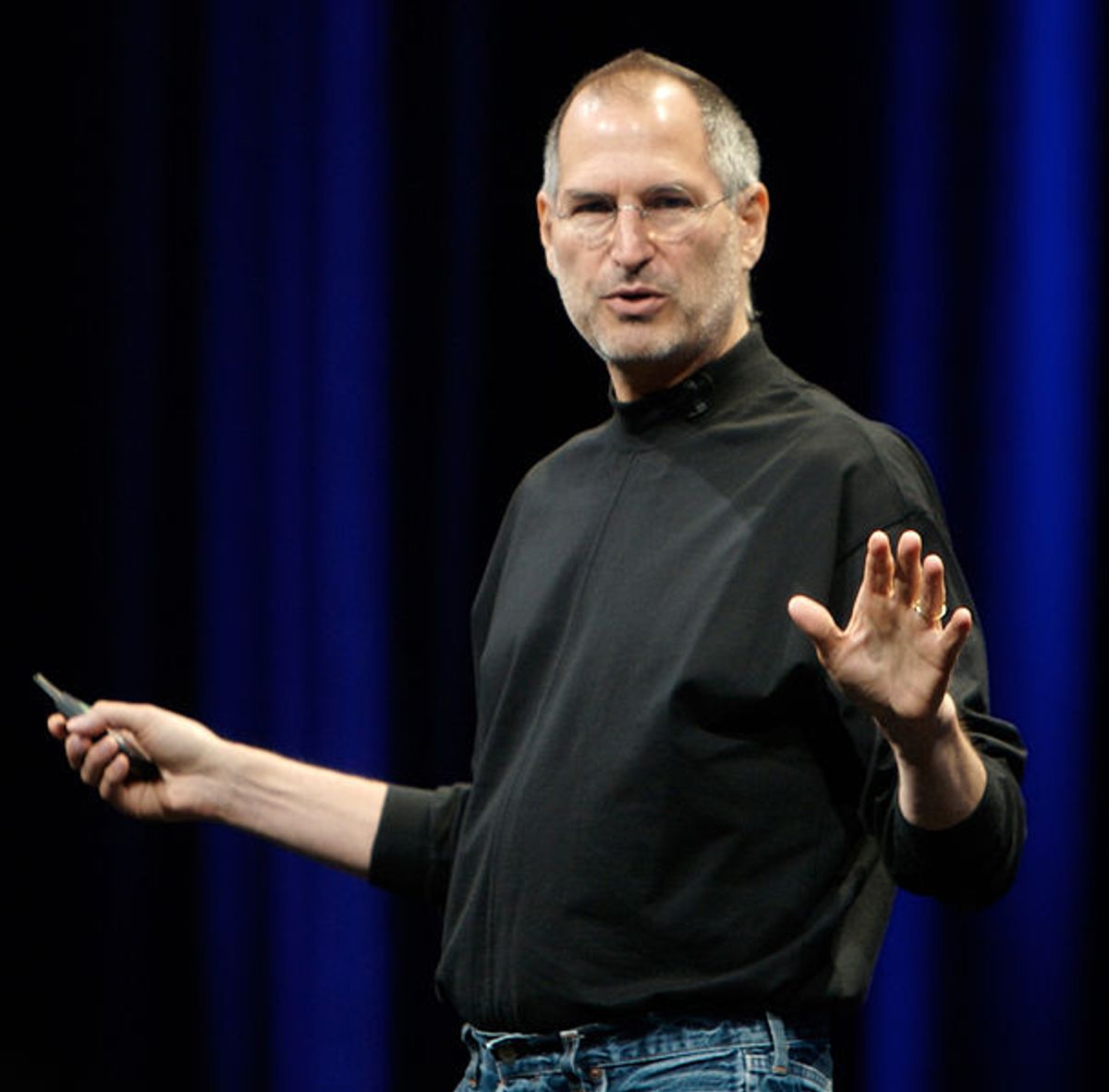 Tim Geithner is testifying before a hostile House committee and President Obama is prepping for his State of the Union speech, but all anyone on the Web seems to care about is the shape of Apple things to come. At around ten a.m. Pacific time, Steve Jobs will unveil Apple's new tablet device, and the world will be changed forever! Global warming will halt, health care reform will pass, the budget will be balanced, the Taliban will lay down their weapons, and the newspaper business will be profitable.

OK, maybe that last prediction is a little unlikely. But the hype is so thick this morning it is almost impossible to puncture. According to Mike Abramsky of RBC Capital Markets, "Anticipation for an Apple Tablet resembles that of Moses bringing down the Ten Commandments." I first considered Abramsky's analogy a bit off-kilter -- my recollection was that while Moses spent 40 days and 40 nights on the mountain waiting for God to inscribe his commandments on a stone tablet, the Israelites were getting all funky with the false idols -- but on second thought, Steve Jobs does bear a close resemblance to the cantankerous Old Testament Almighty. Suppose attendees at the press conference today make the mistake of reading their Kindles while Jobs presents the new device. Can't you see him breaking his iTablet (or whatever it will be called) over his knees, calling down a plague of computer viruses on the unbelievers, and storming out in a huff? I sure can.

Except that won't happen, because Steve Jobs is actually more powerful than old-school Jehovah. There are no unbelievers! Not after the iPod and the iPhone (not to mention the Mac Air etc.) The unfaithful doubted the iPod -- and the music business changed forever. They scoffed at the iPhone -- and the phone business changed forever. Abramsky has it wrong. There is more anticipation for the Apple Tablet than for the Ten Commandments. If Steve Jobs says the table "will be the most important thing I've ever done" who are we to doubt him?

Here's my prediction: The new device may very well redefine the experience of personal computing. It will be cool. It will engender consumer desire.

But it will not save newspaper, magazine and book publishers from the challenges posed by the Internet. The wishful thinking expressed on this topic by everyone from the New York Times on down is an amazing display of self-delusion. iTunes plus the iPod worked because downloading music from the Net and playing it on a device was a clunky, non-user friendly task. Reading content on the Internet is already ridiculously easy. I'm hard pressed to see how any device, no matter how magical, can make the experience easier. That's the fundamental problem faced by publishers -- anything they do that will generate more money for them makes the experience for users harder.

Some are hoping that the Tablet will usher in a new era for content-creators -- that it will enable mixing audio and visual content with words easier than ever before -- merging the worlds of Web and print into a new interactive wonderland. But as my colleague Scott Rosenberg tweeted earlier today, that sounds an awful lot like the hype for the CD-ROM platform, and we all know how that turned out.

I want to play with the newest Apple device as much as anyone. But expecting it to save anyone's bacon, in addition to boosting Apple's bottom line, makes about as much sense as worshiping a golden calf.

(Come back later for an update after Moses, er Jobs, comes down from the mountain.)

Apple How The World Works