Never coming to a screen near you

Why promoting books with movie-style trailers is a silly idea 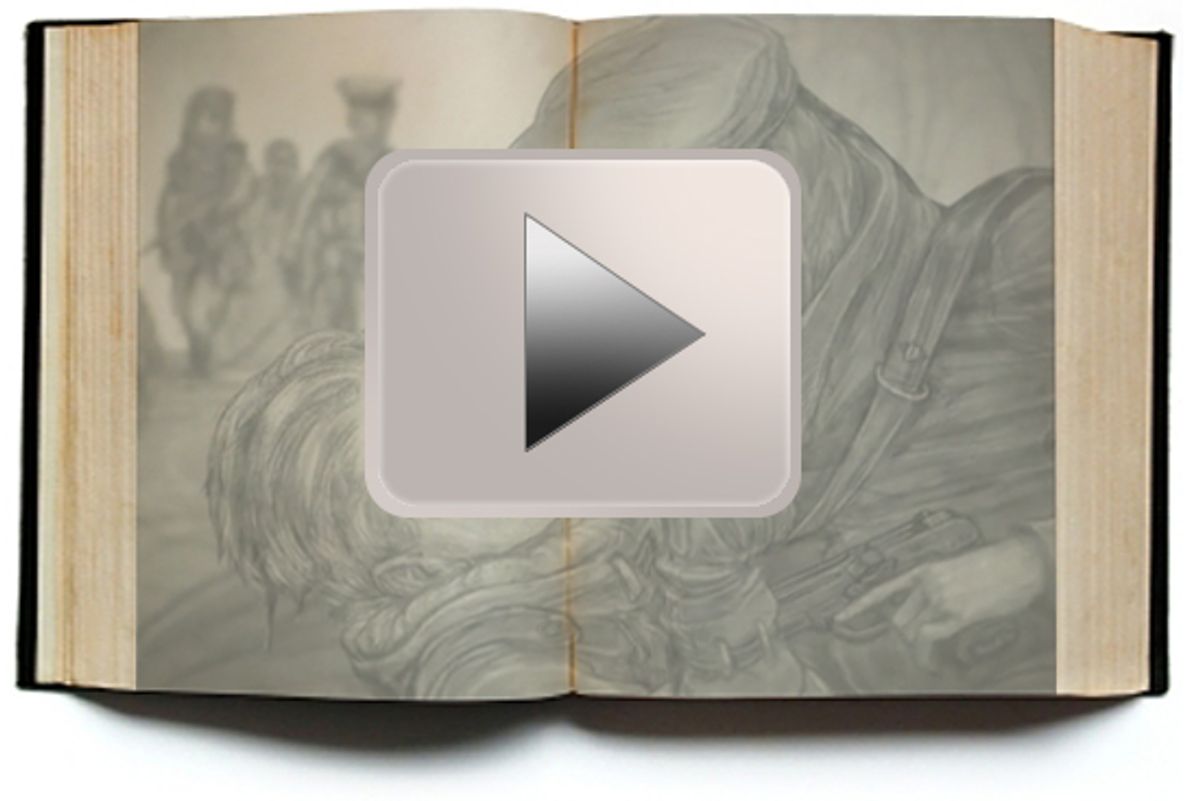 If you read a lot but aren't an author yourself, you're probably unaware of the fact that new books are now supposed to have trailers: video advertisements that are often, but not always, presented in a format similar to a movie preview. In fact, if you're not an author you've probably never even seen a book trailer unless you happen to visit the Web site of a favorite writer or scroll down a book's Amazon page until you stumble over a link to "related media." Yet new and veteran authors are commonly told by publishers and independent publicists that a trailer is now an essential element of any book's marketing campaign.

A visit to a dedicated trailer site like Book Screening or a search for "book trailer" on YouTube reveals just how many of these videos there are, and a random sampling will quickly convey a sense of the low average quality. Typically, a trailer will open with text, fade to a stock photograph or a bit of vague footage (clips of bad weather seem particularly popular, as a metaphor for emotional intensity, no doubt), then back to text and so on. Good voice and acting talent can be expensive, as can effective music, so either the soundtrack comes from a pal strumming lamely on a guitar or it's been "borrowed" from a copyright holder who will, it is hoped, remain none the wiser. Some trailers are so rudimentary they're just a still shot of the cover attached to an audio recording of a live reading. Anything more ambitious can cost the hopeful author as much as $3,000.

The publishing blog Galley Cat has been mulling over the merits of book trailers for a while now, pointing out last year that a video of memoirist Kelly Corrigan reading an essay about breast cancer went viral in late 2008 and helped put the paperback of her book, "The Middle Place," on the New York Times bestseller list. Yet the video -- a home recording of Corrigan reading at a gathering, complete with a barbecue grill in the background -- gives no indication that it's promoting a book until the final frame. (Indeed, the essay Corrigan reads wasn't even in the hardcover edition, which presumably got most of the promotional push.)

Like any number of inspirational and heartwarming speeches that have gone viral, this one has its own independent and self-contained value that just happens to be a slice of the main attraction of "The Middle Place," Corrigan herself. It's not an ad; it's a free sample.

Most authors, however, aren't memoirists, and a clip of an unknown novelist shuffling around his apartment in sweats, tapping on a laptop, is no way to sell, say, a novel about a hacker punkette who helps a disgraced journalist bring down a Swedish billionaire. That's one reason why the trailer for "The Girl With the Dragon Tattoo" is so lame.

Still, it's a masterpiece compared to the snoozer for Kathryn Stockett's "The Help," in which what sounds suspiciously like that same neighbor's guitar noodling accompanies a series of quotes taken from the book's reviews.

Technically, Stockett has a book trailer, but since it's no more than a recap of the book's back-cover blurbs and takes five times longer to read, it hardly counts. Nevertheless, the lack of a kick-ass trailer hasn't kept "The Help" from parking on the bestseller lists for months on end.

True, there are (a few) good book trailers as well as (many) unbelievably wretched ones, but who really chooses a book on the strength of a trailer? The video for Kazuo Ishiguro's recent novella collection, "Nocturnes," is a pleasantly arty short, but it conveys nothing about the experience of reading Ishiguro's work or even the content of that specific title.

Ishiguro's trailer is, however, unlikely to actually repel readers. Genre authors, who tend to get lower advances and less promotional support from their publishers, may have it worst of all when it comes to trailers, especially when their stock in trade is fantasy. Mind-blowing science fiction about nanotechnology or interplanetary travel is pretty hard to reproduce on your Flip HD, and affordable actors seldom measure up to the gorgeous heroines and heroes of romance. As Sarah Wendell, a co-founder of the Web site Smart Bitches, Trashy Books and coauthor of "Beyond Heaving Bosoms: The Smart Bitches' Guide to Romance Novels,"

told me in an e-mail, "as a reader and shopper for genre fiction, I've never been swayed to make a book purchase based on a trailer ... A few have featured actors so unattractive to me I was totally turned off."

That's a significant risk to take, and for what purpose? It's the rare video that succeeds at making a book look enticing, as the animated trailer for Scott Westerfeld's "Leviathan" certainly does.

And even so, how many readers outside of Westerfeld's devoted fan base are likely to see it? As a general rule, people don't go looking for ads on the Web (unless they're -- inexplicably -- seeking commercials they've already seen and liked on TV). If they are motivated enough to search for Westerfeld's name on YouTube, look his books up on Amazon or seek out his Web site, they've already made it past the most formidable barrier: the crushing obscurity in which the vast majority of authors languish.

The thinking behind book trailers seems to be this: Publishers believe that they are losing readers to YouTube and other forms of visual media and entertainment. They also know that getting their author on TV will sell tons of books. Unfortunately, appearances on "Oprah" and the "Today" show can't be ordered up at will. But if they can turn books into videos, or at least align them more closely to the glorious Shangri-la of television in some way, they might just get the chance to partake of the mass market's bounty. There's a blind faith that book trailers, simply by virtue of being video and a form of new media on top of that, will magically make this possible.

Alas, Web videos are even more numerous than books, and as with books, the vast majority of them go unwatched and uncelebrated. A few manage to command that most mysterious of all magical powers, word of mouth, and become sensations, but that kind of success is as impossible to force as an "Oprah" booking. In the meantime, an author's energies have been funneled into a project that's unlikely to yield many results.

Or perhaps that's the point. Authors invest their dearest hopes in their books, and it can't be easy to tell them that no one really knows a reliable method for making a book a hit. A trailer, at least, is something they can do, and a fun thing at that. Yet it's an irrelevant thing all the same. Ultimately, the better a video is, the more it makes you want to watch more video, and the more it reminds you of what a book can't do, which is ravish us with images, movement and sound. Isn't what a book can do -- allow a reader and writer to build together an immersive, imagined and intimately shared world -- the thing we really ought to be advertising?