The Edwardses have split, according to reports 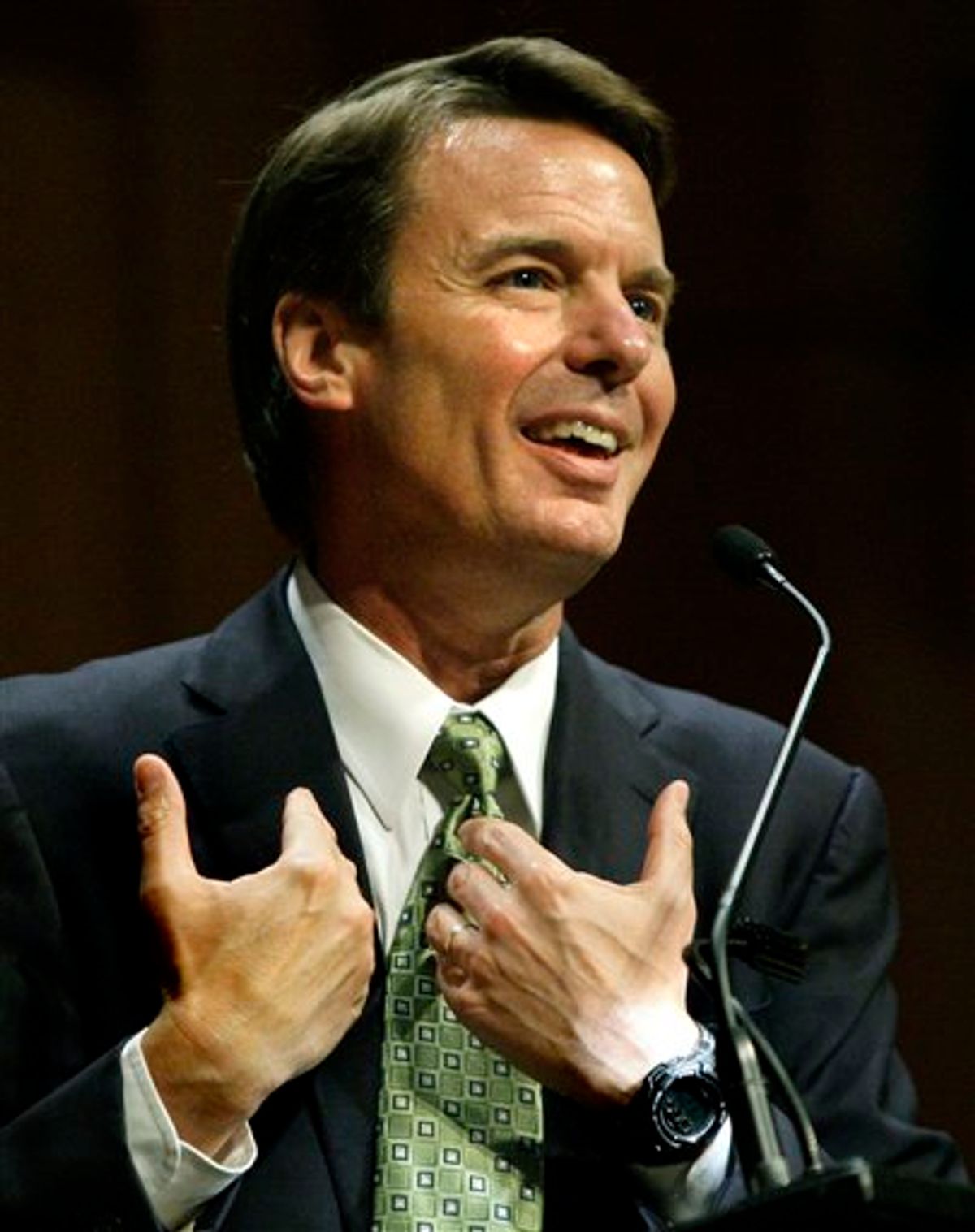 FILE - In this March 10, 2009 file photo, former presidential candidate John Edwards answers a student's question after delivering a speech at Brown University in Providence, R.I. Edwards has finally come forward to admit that he fathered a child with a videographer he hired before his second White House bid. (AP Photo/Elise Amendola, File) (AP)
--

Elizabeth and John Edwards are dunzo, according to People. This news follows the former presidential hopeful's admission that he fathered his mistress's baby, as well as allegations by a former aide that John made a sex tape with said baby mama while she was pregnant and flirted with the idea of leaving his wife. The magazine claims the couple separated after spending Christmas together and that Elizabeth has had divorce papers ready for nearly a year. Gosh, and I thought those crazy kids were going to make it.

Keep in mind, there have been premature reports in the past of the marriage's end, but for Elizabeth's sake, I hope this one is right. She's better than this absurdly tawdry scandal, and it isn't hers to endure.

Update: Wait, hold the presses. Now ABC is reporting that the Edwardses have legally separated.