Obama's green-collar economy dream may wilt in his deficit freeze. But Bill Clinton says he knows how to save it 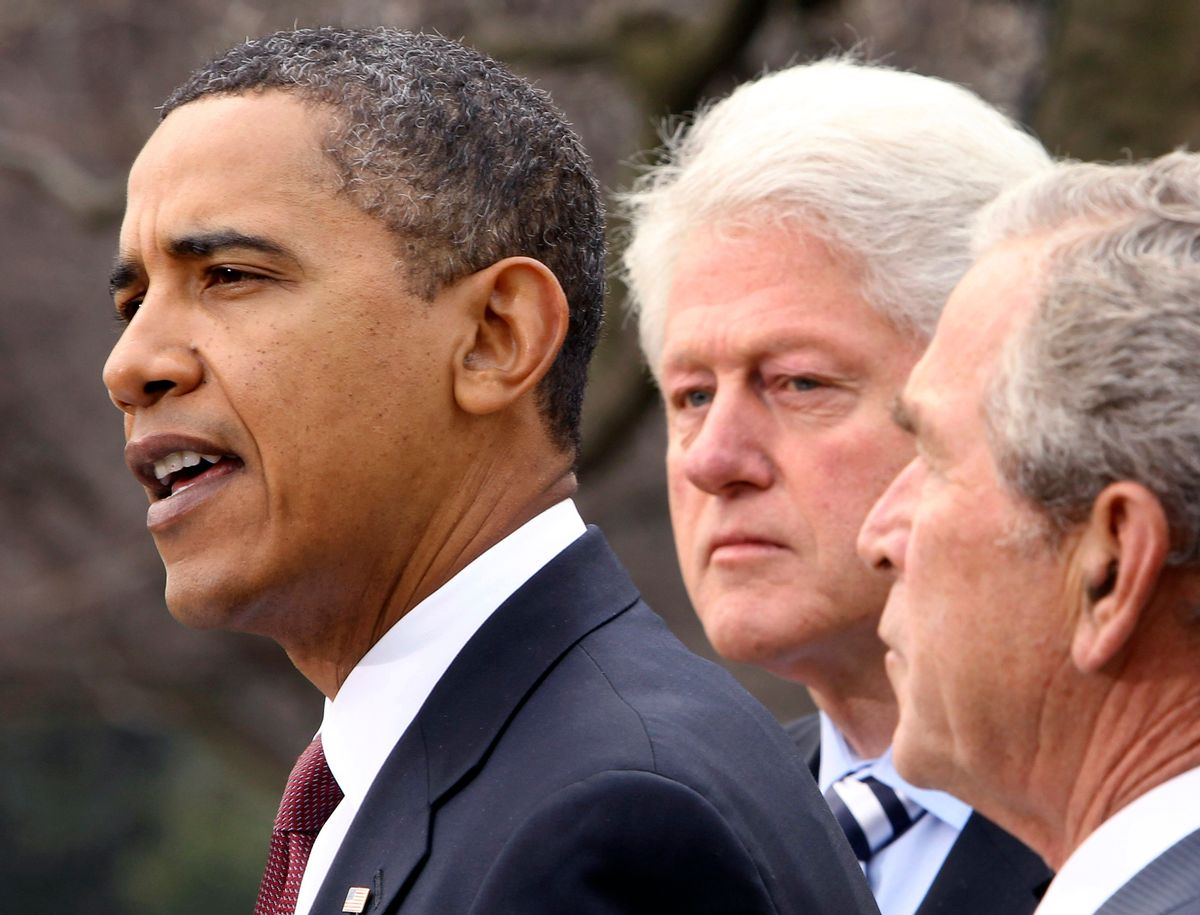 Facing an angry, confused electorate that wants government to solve the unemployment crisis and cut federal spending at the same time, Barack Obama is expected to emphasize (indeed, overemphasize) deficit reduction in his State of the Union address. This concession to conservative ideology represents lame policy as well as bad politics, as I  discuss here, and will not win him any bipartisan plaudits. But the question that remains, once the president has declared his determination to "freeze" domestic spending, is how he plans to create the millions of jobs that the nation needs to rise from the recession (and begin to reduce the deficit).

At least one substantive answer was provided to the Obama White House by former President Bill Clinton. For several months, Clinton has been lobbying administration officials, notably including Vice President Joe Biden, to create a new energy efficiency loan guarantee program that he says could result in well over a hundred billion dollars in new investment -- and employ more than a million workers to install green retrofits on commercial, institutional and residential buildings.

Last fall, Clinton directed staff at the Clinton Climate Initiative -- one of his foundation’s programs -- to prepare a lengthy memo on the problems and potential of a Federal Energy Efficiency Loan Guarantee Program. According to their analysis, such an initiative could require as little as $9 billion in commitments by the U.S. Treasury to leverage $$67 billion in bank financing, because the savings on energy retrofits are both substantial and reliable. In a late October 2009 memo to Biden, White House energy advisor Carol Browner and Obama economic advisor Larry Summers, Clinton said he believed that the loan to guarantee ratio actually could be as high as 10-to-1. Under that scenario, banks would lend building owners as much as $150 billion if the Treasury put up $15 billion -- and every billion dollars would create between 7,000 and 9,000 jobs in the construction, architecture and manufacturing industries.

The Clinton memo recommended further that the program be structured so that loan applications would lead to construction starts within five months. Promoting this idea among Democrats in Congress as well as administration officials, Clinton has noted that if the loan program could be implemented swiftly and successfully, a million new jobs would become available before the November midterm elections.

While there are many reasons why building owners and lenders have failed to capitalize on the savings available from energy retrofits, there is little disagreement on their benefits for both markets and society. Other countries, notably including Germany and Sweden, have made great progress toward their own carbon-emission objectives by deploying such “unsexy” measures.

The irony here, of course, is that the current president and his circle have made no secret of their scorn for the "small-bore" programs that marked the latter part of Clinton’s first term. But the energy efficiency loan guarantees have the singular virtue of being minor in cost yet monumental in impact -- and might even mobilize some of the enormous liquidity that the nation’s banks have kept locked up ever since the government rescued them.