Is America ungovernable? Who's to blame?

Joe Klein and I have an amiable discussion in which he mostly agrees with me, at least partly to be nice. Watch! 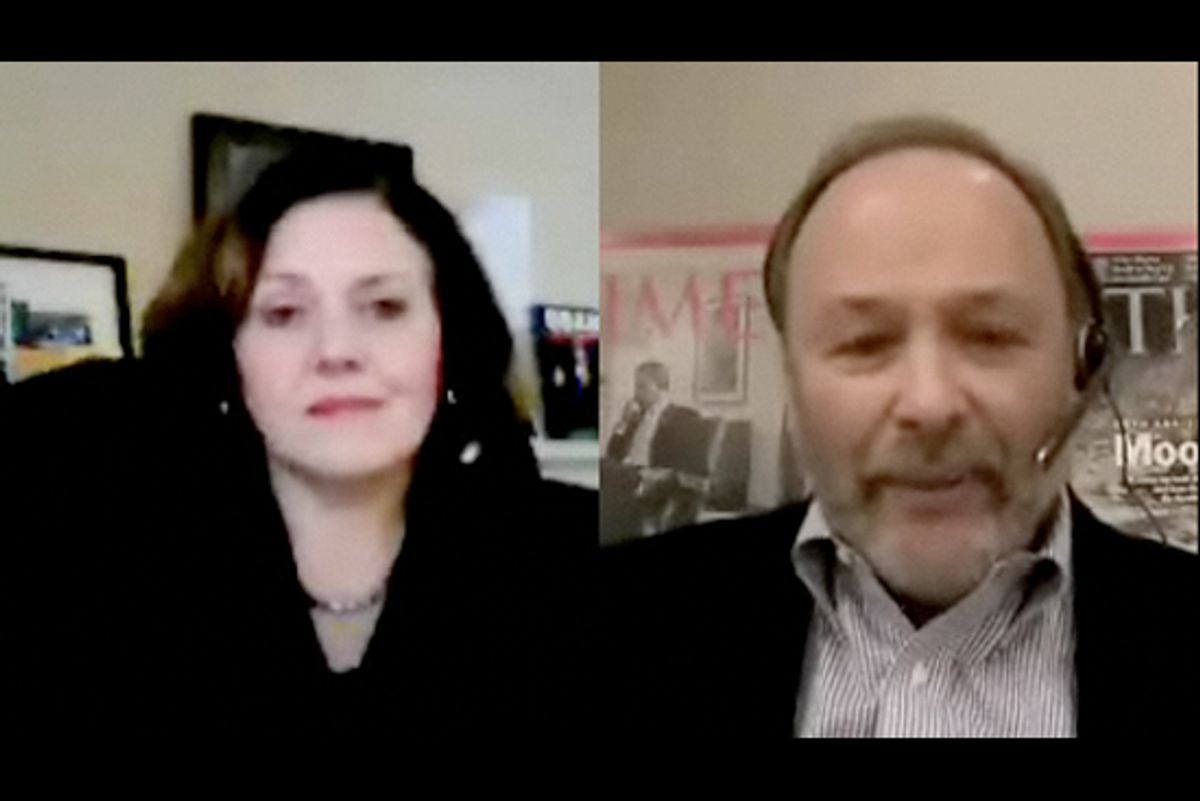 I had a long bloggingheads.tv conversation with Time's Joe Klein. You can watch it all here. We set ground rules; we would not talk about John Edwards, nor Glenn Greenwald, whom I worship and with whom Klein has, well, clashed. (We did discuss his telling the lefty blogosphere to "grow up.")

Klein and I are liberals; we mostly agreed. We're also a little wonky. (Don't watch the whole video unless you want a discussion of the EITC. And if I have to spell it out, you're probably not interested.) I was a fan of his Bill Clinton book, "The Natural," and I still find our 2002 conversation about it worth reading. But we had a couple of interesting back-and-forths about the mess Democrats are in right now.

Like a lot of mainstream media liberals, Klein periodically seems to drift into false equivalance land: Equating, say, MoveOn.org and the lefty blogosphere pushing hard (and sometimes obstreperously) for the public option, with the vast, obscenely well-funded army of right-wing politicians joined with insurance industry groups, pushing scare tactics and death panels and overall all false information -- and who may very well wind up defeating the bill. (Context for the clip below, Klein was peeved with New York Democrats who recently bowed to teachers' unions who hate charter schools.)

I told Klein I've supported some charter-school initiatives, but the nation's main political problem right now isn't the Democrats' kowtowing to their interest groups, it's the fear-mongering, ignorance-peddling and intransigence of the Republican party. Klein quickly agreed. "The main problem in our democracy right now is that the Republicans are a party led by nihilists." You can watch more here:

We also seemed to differ about who was responsible for the Democrats' sad failure to keep the White House in 2000, with Klein initially assigning blame to Bill Clinton's infidelity and Al Gore's bad campaign. When I blamed the mainstream media for being unfair to Gore, he surprised me by pleading guilty. Watch:

I didn't really intend to set out the places we disagreed, and where Klein ultimately agreed with me. But I just wanted to go back and hear those exchanges. Honestly, this discussion, and the issues it raised, have me thinking a lot about Obama's troubles, what caused them and what he can do now. I'll be blogging tomorrow in the run up to the State of the Union, and I'll work through some of these points there. Thanks to bloggingheads.tv and Joe Klein for giving me time and space and intellectual engagement to think about them.