iPad lesson: Apple is in control

From top to bottom, Steve Jobs' latest gizmo is locked down. But that hardly means the death of open computing 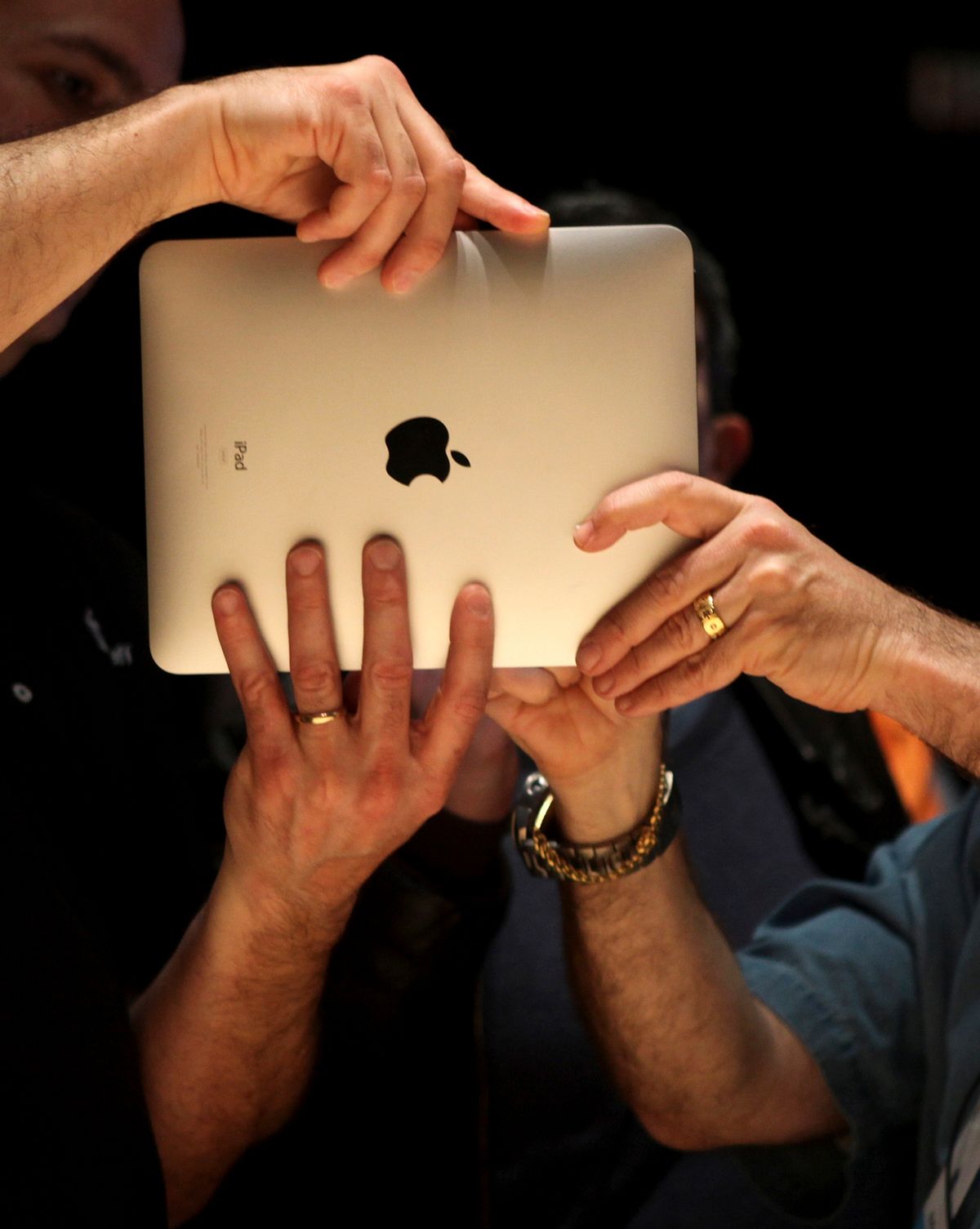 I never imagined a day when I might hear Apple described as a combination of "Microsoft and Intel rolled into one." It makes me feel dirty just thinking about it. But after sifting through the reams of media coverage generated by the iPad's launch on Wednesday, I'm beginning to think that the most interesting feature of the iPad, symbolically speaking, is Apple's decision to incorporate a proprietary microprocessor chip -- i.e., one designed by Apple -- in the iPad's design.

Jobs mentioned the chip -- dubbed the "A4" -- early on in his presentation at San Francisco's Moscone Center. That was noteworthy alone, as the perspicacious John Gruber observes, because Apple generally eschews public discussion of the technology specs of its products. (You wanna know what's in the iPhone? Buy one, and take it apart.)

So, clearly, Apple considers the A4 to be a big deal. Apple paid $278 million for a semiconductor start-up staffed by illustrious industry veterans in 2008, because the company wanted more control over the most important part (choose your favorite metaphor -- brains ... heart... lungs ...) of a computing device's hardware. That's not a game Microsoft or Google is playing, yet.

By all accounts, the chip dazzles. A common refrain coming from people who have had a chance to handle the iPad is that it is fast. Really, really fast. In a world where teenagers go nuts when "World of Warcraft" starts to suffer nanoseconds of lag, that virtue should not be underestimated as a selling point for new hardware. The most sublime user interface in the world is useless if Web pages render slowly or it takes ages to switch from app to app.

From a sheer engineering standpoint, Apple's ability to execute such an ambitious strategy is impressive. A superfast chip that is easy on the battery consumption is the ever-receding holy grail of microprocessor manufacturing. But in the context of the globalization of the computer hardware industry the feat is even more interesting.

The global chip industry is a model for how high-tech production chains have become distributed around the world. Outside of Intel, the notion of a vertically organized hardware company that owns and operates every aspect of production from design to manufacturing is archaic. Today, a fabless start-up in Palo Alto comes up with the specs (perhaps with help from Indian designers), a state-of-the-art foundry in Taiwan manufactures it out of raw silicon, a testing outfit in South Korea checks to see if it works, and then the finished product gets plugged into a device in some giant Chinese factory.

Five years ago, I explored the inner workings of the iPod as an introduction to globalization. More than most companies, Apple appeared exquisitely comfortable at the leading edge of this new industrial revolution.

And that's still true, to a certain extent. We won't know for a while exactly where the A4 is made or what strands of intellectual property licensed from other chip consortiums are incorporated in its DNA. My bet is that the A4 is still made in Taiwan. But so what? The decision to bring the chip's design in-house speaks to a desire for control so profound as to make the physical location of manufacturing meaningless. It is proof, in other words, that outsourcing production does not mean giving up ownership.

And it is that issue of control that is at the heart of most thoughtful critiques of the iPad (or iPhone, for that matter). The iPad is the antithesis of the open, infinitely configurable, general-purpose computer. As such it represents the apotheosis of a strain of Apple culture that's been apparent ever since the company made clear in the 1980s that cloning Apple hardware was unacceptable heresy. From the microprocessor to the fact that the device won't render Flash to the lack of multitasking or a USB port to the organization around "stores" (iTunes, iBooks) -- Apple's iPad is all about control. That's one reason why media companies are supposedly so gaga about the device. In their view, control equates to a potentially profitable business model.

Maybe it does, but only if users get something in return, which the New York Times had better remember. Apple's deal has always been that in return for giving up some freedom, the company will provide a fabulous user experience.

And I'm not sure why that isn't enough for the critics. Unlike Microsoft at its height, Apple is not crushing the life force out of its competitors and imposing its will on the marketplace via monopolistic tactics. It is succeeding by providing a popular choice. And in the current wide-open computing marketplace, there will always be other choices. The death of open computing is hardly imminent. Don't like a locked-down iPhone? Get a Google Nexus One and start hacking. Don't like the iPad? Someone will be manufacturing a cheap laptop in China that will do everything you could possibly want. It just might not be as slick and easy and fun to play with.

UPDATE: Even Hitler has issues with the lack of multitasking!