As John Edwards' marriage dissolves, so does his wife's once angelic reputation. So now it's her fault he cheated? 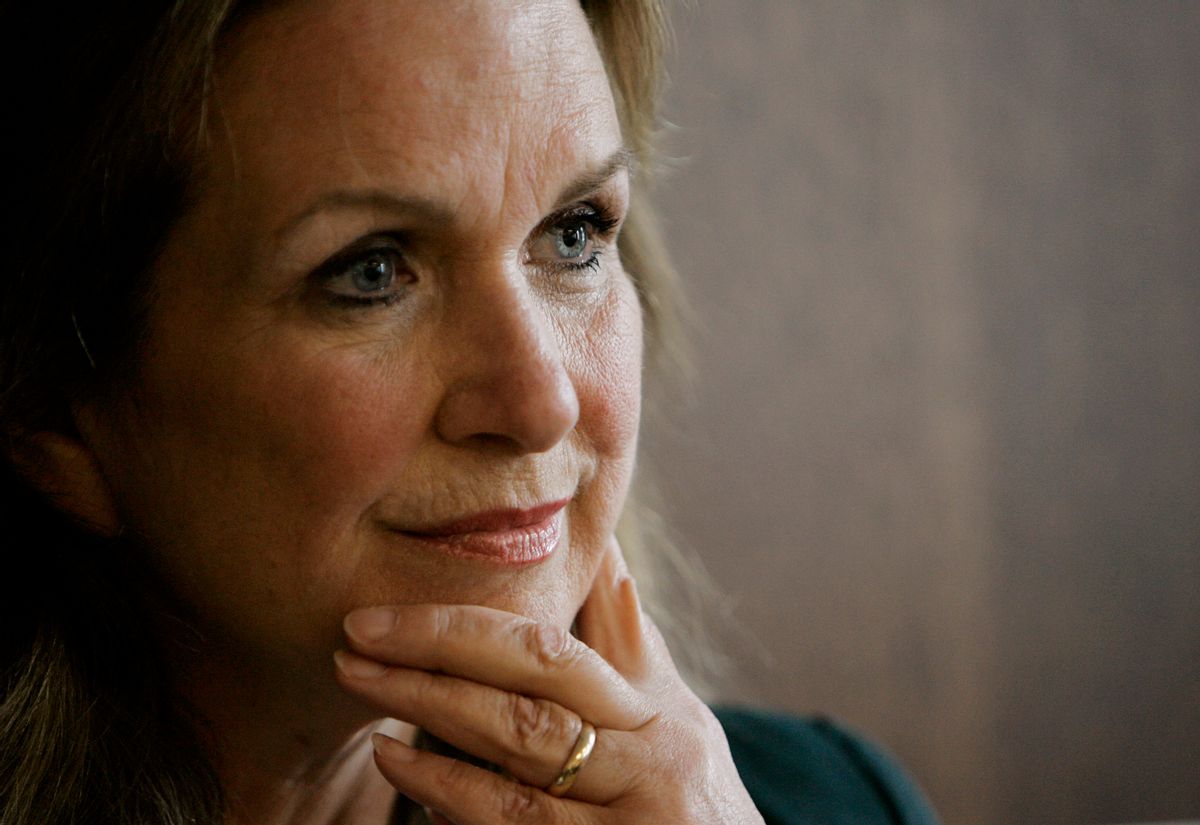 I'm one of those people who, for quite some time, gave John Edwards a pile of extra credit just for having the good sense to marry a woman like Elizabeth: Smart, accomplished, thoughtful, charismatic, beautiful in an approachable, age-appropriate way, undeniably strong, decently progressive, Internet-savvy. Look, I'll just say it: She's the kind of woman I'd like to have a beer with. And, yes, that mattered to me; it mattered to a lot of us. By last May, when her most recent memoir came out, Elizabeth's popularity rating was nearly 40 points higher than her husband's, which had dropped to 19 percent. It was clear by then that all the extra credit in the world couldn't save John Edwards from failing grades as both a husband and a politician, but his wife remained well-loved by the public -- many of whom were thinking nothing so much as, "DTMFA, honey."

Now, in the wake of his totally unsurprising admission that he fathered Rielle Hunter's toddler, and in anticipation of a tell-all memoir by former aide (and former pretend babydaddy) Andrew Young, Elizabeth finally has D'ed the MF. But before she and her girlfriends can head out for tequila shots and an impassioned karaoke rendition of "I Will Survive," there's one more round of public humiliation to go. After years of maintaining a practically indestructible image as the sane and strong one, the unflappable survivor in the face of tragedy, terminal cancer and her husband's spectacular infidelity, for the first time, Elizabeth Edwards might be in danger of losing her position as the thinking America's sweetheart. Among the scandalous (and questionably sourced) revelations in John Heilemann and Mark Halperin's "Game Change," published earlier this month, was an all-new portrait of the woman known as "Saint Elizabeth." She yelled at staffers! She talked like she was smarter than her husband! She was jealous of people who seemed too close to him! Not very saintly behavior at all.

Of course, she was yelling at staffers she believed had enabled John's affair, she probably is smarter than he is, and being infuriated by your husband's obvious closeness to a woman he actually is sleeping with is not really the same as being a paranoid, possessive harpy. Oh, and then there's also the fact that she'd recently been diagnosed with terminal cancer and informed that her husband, who was running for president of the United States, was cheating on her, and pretty much everyone knew it but her, and it was all coming out in the National Enquirer, and meanwhile, she had two small kids to raise. If ever a woman earned the right to lose her shit completely, it was Elizabeth Edwards in 2008. But we loved her more because she apparently didn't. As far as we knew, she heroically held it together, just as we'd expect our Elizabeth to do.

So the revelation that maybe -- maybe -- she didn't comes as a surprise, and it paves the way for us to buy into an even more damning accusation: that it's her fault John Edwards didn't slink quietly off the public stage while the gettin' was good. She "insisted" that he stay in the race, and even though a substantial portion of us would have trusted this man to be president of the United States, we're meant to believe he wasn't strong-willed enough to reject that advice. His decision to keep going wasn't about his own ego, sense of entitlement and delusion that the Hunter story would somehow not destroy his career -- it was all about his domineering wife's demands, apparently. Why, really, she's even more to blame than he is, if you think about it! As Joan Walsh said, "How do I count the ways that is wrong? John Edwards was both the candidate as well as the philanderer, who even after he'd lost, tried to strike a deal with Obama to become his vice president -- and his terminal-cancer-stricken wife, who might have been clinging to the campaign to protect her from the pain of her husband's infidelity and her likely death, is worse than he is?"

And yet, those who have seen advance copies of Andrew Young's "The Politician" are warning that it contains more of the same. Says ABC News, "Young's accounts paint a portrait of Elizabeth as a controlling wife beneath a collected exterior." She kept a close eye on her husband's movements -- though, again, this was evidently a reaction to knowledge of his cheating, even before Rielle Hunter was on the scene. She "kept him up all night fighting" -- about his cheating. She got Hunter shitcanned -- because why again? She "obsessed" over Young's knowledge of the affair and efforts to cover for Edwards, left angry messages and, according to the author, "insisted her husband fire me, which he couldn't do because he needed me to take care of Rielle." Of course. Let's review: Andrew Young facilitated the affair between Edwards and Hunter and helped the candidate avoid accountability by acting as a go-between, fielding phone calls, keeping Elizabeth away from her husband's mistress, and even publicly claiming to be the father of Hunter's baby -- and now I'm supposed to feel sorry for him because Elizabeth left some voice mails that hurt his fee-fees? I'm supposed to regard her as some pushy, controlling, jealous bitch because she behaved as though she expected her husband not to screw around on her -- while running for president, no less -- and his aides not to lie to her face about it? What?

But it's out there, and it seems to be the thing that's finally penetrated her Teflon coating. A Public Policy Polling survey taken after "Game Change" came out found Elizabeth Edwards' popularity at 46 percent, a 12-point drop since May. (Small consolation: Hubby's now at a record-breaking low of 15 percent.) So now, just as she's finally getting free of that philandering son of a millworker (and, after the tequila shots are digested, facing single motherhood and a fatal illness at age 60), she's also dealing with an unprecedented hit to her own reputation. It just seems so unfair. Tracy Clark-Flory wrote of the Edwardses' split yesterday, "She's better than this absurdly tawdry scandal, and it isn't hers to endure." But it has been hers to endure for ages now, and the final insult is the latest buzz -- that actually, maybe she isn't better than all this.

Maybe she is and maybe she isn't -- how would most of us ever know? Books like "Game Change" and "The Politician," regardless of their accuracy, remind us that the public faces of politicians and their families can be worlds away from the private ones, and our opinions about who's fit to lead the country are often based at least as much on carefully manipulated emotions as facts. It's entirely possible that the image of Saint Elizabeth was nothing but the smartest, most effective P.R. move the Edwards campaign ever pulled off. But I find it hard to believe it was all an illusion -- they can take away her reputation as a gentle stoic, but not the intelligence or demonstrated fortitude or public grace upon which her compelling persona was built. And while I'm still irritated that people are trashing her even as her soon-to-be-ex-husband's list of confessed and alleged misdeeds grows ever longer and more headsmackable -- a sex tape, are you kidding me, John Edwards? -- maybe losing a pedestal you've been forced to stand on for years can ultimately be as liberating as losing an endlessly thoughtless and embarrassing spouse. You can't be an acknowledged saint and a living human being at the same time, after all. So maybe all of this -- the separation and the wave of public criticism -- will clear the way for Elizabeth Edwards to be more fully herself, whatever that really means. I'm pretty sure I'd still like to have a beer with her.