The truth behind Tebow's tale

The star athlete's "pro-life" story has a dark underbelly 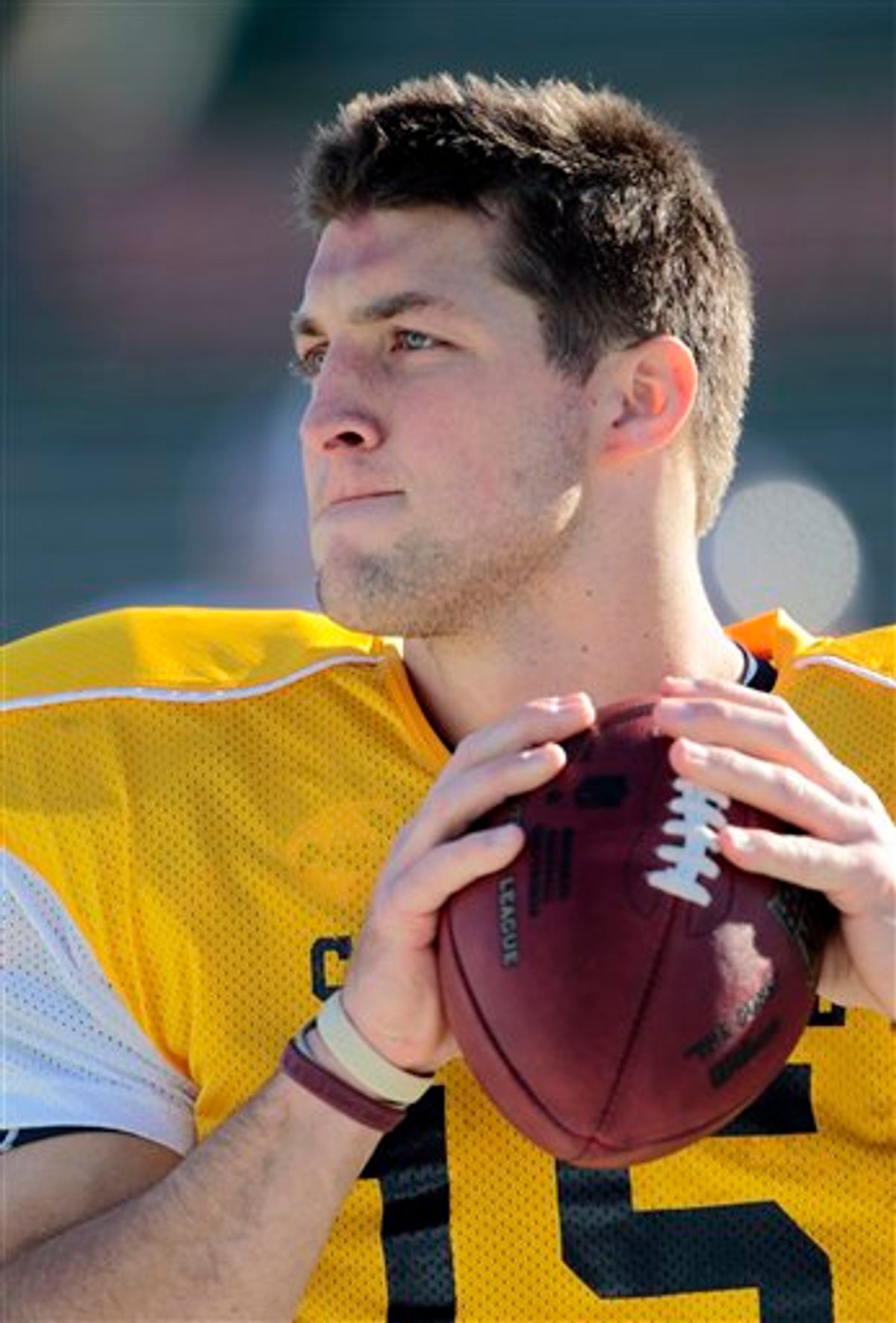 For just a moment, forget the debate about whether advocacy ads belong in the year's biggest night in sports. The Center for Reproductive Rights has taken an entirely different tack in fighting Focus on the Family's scheduled Super Bowl spot: Countering the personal anti-abortion tale Tim Tebow and his mother are expected to deliver with cold, hard facts.

In case you haven't been reading Broadsheet lately -- for shame! -- and are unfamiliar with the particulars of Pam Tebow's story: While pregnant working as a missionary in the Philippines, she fell ill with amoebic dysentery and was treated with robust antibiotics, which she says doctors told her had caused fetal damage, but she refused their advice that she have an abortion for her own safety. Luckily, she gave birth to a healthy baby boy -- and to a perfect anti-abortion tale. Only, one detail has so far been excluded from Tebow's public tellings of the story: abortion was, and still is, illegal in the Philippines. There isn't even a single exception allowed for cases where the mother's life is in danger. In a letter to CBS protesting the Super Bowl spot, CRR explains:

Physicians and midwives who perform abortions in the Philippines face six years in prison, and may have their licenses suspended or revoked. Women who receive abortions -- no matter the reason -- may be punished with imprisonment for two to six years. Abortion is so deeply stigmatized in the Philippines that women who seek care for complications from unsafe, illegal abortions are routinely punished by healthcare workers, who threaten to report them to the police, harass them verbally and physically, and delay care.

The letter also raises the question of "whether physicians in the Philippines would have urged a married pregnant woman to illegally terminate her pregnancy in 1987." Even women with life-threatening conditions are generally forced "to risk their lives, either by continuing their high-risk pregnancies or seeking unsafe abortions." So, just how much of a "choice" did Tebow's mother really have, anyway? That question might not be central to her personal story, seeing as she paints her decision not to abort as a result of her strict Christian faith and, presumably, not a lack of access. But it is an issue for, oh, the 1,000-plus women who died in 2008 because of the Philippines' abortion ban, and the 90,000 more who suffered serious complications as a result. The dark underbelly of this heartwarming s0-called "pro-life" story? Death.