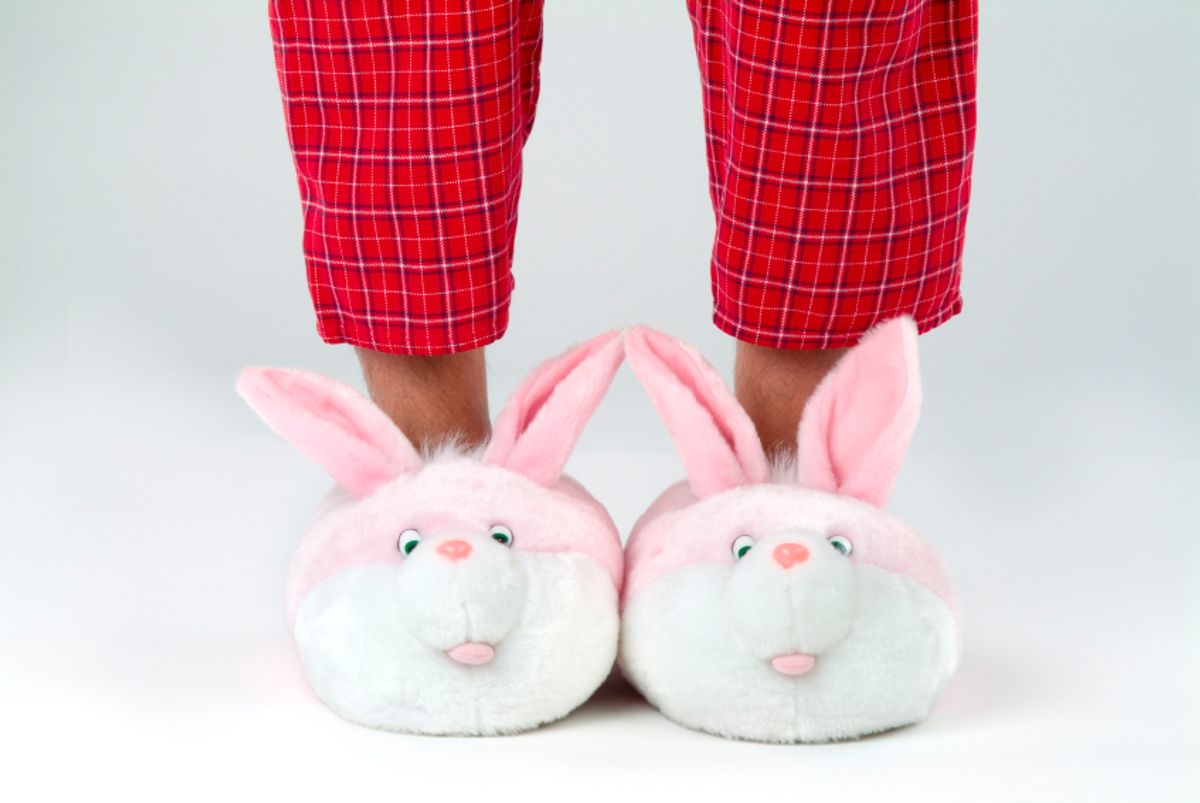 No shirt, no shoes … no canned goods? That's the latest edict from a Tesco supermarket in Cardiff, which recently became the first grocery store in Britain to institute a dress code. Tesco staff put up notices asking that customers "are appropriately dressed," which means that "footwear must be worn at all times and no nightwear is permitted." Grocery shoppers running rampant in their bare feet and negligees may sound more like a fraternity row fantasy than a problem, but according to a store spokesman, many young women have been coming into the store in their slippers and pajamas after dropping their children off at school. The dress restrictions are to "avoid causing offence or embarrassment." Elaine Carmody, a 24-year-old mother of two, was the first to feel the repercussions of the dress code when she was hustled off the store premises by a security guard yesterday.

Now, wearing shoes is generally a good idea,  whatever scientists say,  and it's not that hard to throw on a pair of jeans and a sweater instead of a nightgown. But Tesco's policy targets one of the demographics they should be serving: mothers. Obviously, someone wandering around a grocery store in a frilly undergarment with no shoes on might make other shoppers uncomfortable -- as well as being pretty cold, I imagine -- but for the most part, that's not what's happening.

Carmody was wearing pajamas with a coat pulled over them -- not the most flattering outfit, and certainly not work-appropriate, but just fine for running in for a carton of milk. It's one thing to ban overly revealing attire, but it's quite another to throw a woman rushing in for a box of cereal out because she's wearing sweatpants. The relaxation of dress standards has happened across the board for both men and women. Would a man in running shorts be thrown out of the store? How about a teenage girl in a tube top? Ejecting a harried mother from the supermarket for wearing her slippers is inconsistent and just plain silly.