Suddenly, the al-Qaida leader has an opinion about everything! 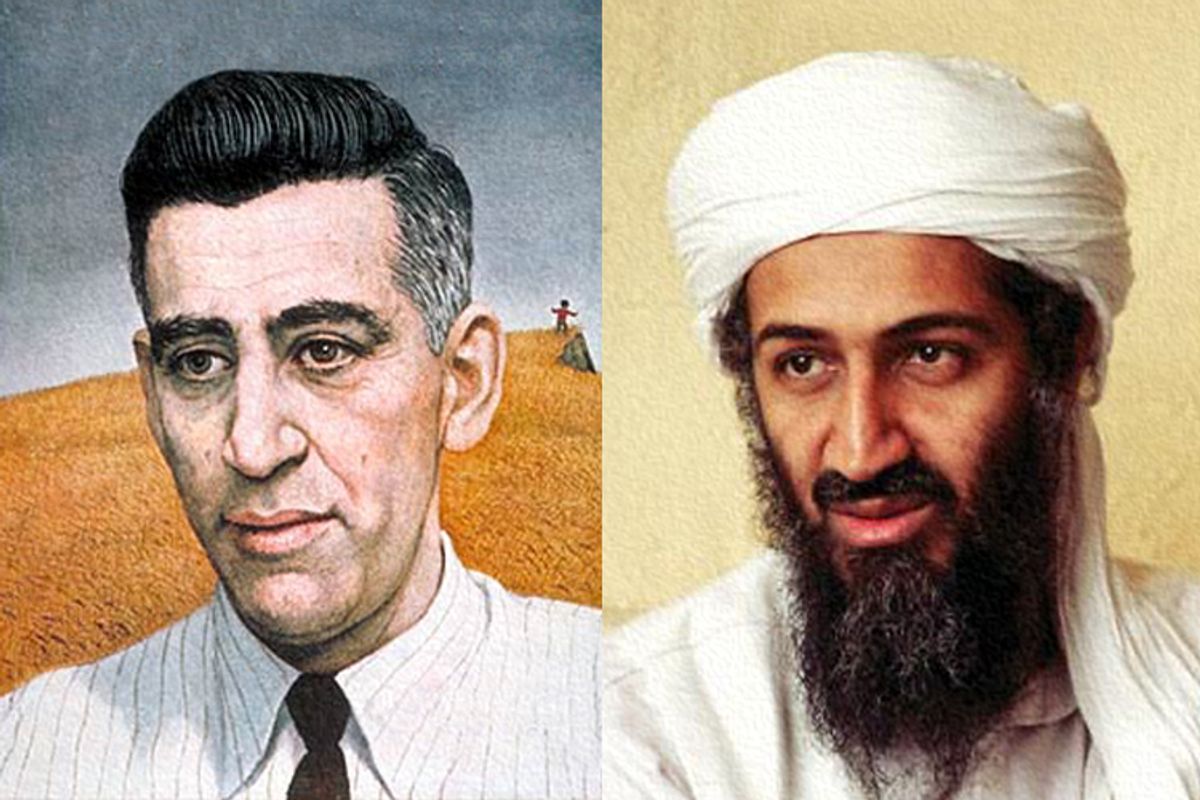 CAIRO -- Al-Qaida recluse Osama bin Laden today called for a worldwide boycott of American bookstores, saying the United States was responsible for the death of J.D. Salinger, New Hampshire recluse and author of "The Catcher in the Rye."

Ask yourself -- did you ever see them in the same room together?

"If you really want to hear about it," bin Laden says in an audiotape released today, "you'll want to hear all the David Copperfield crap about my lousy childhood and how I was abandoned by my father Muhammed Awad bin Laden because I was the only son of his tenth wife, but I don't feel like going into it." Bin Laden sought seclusion in the mountains of Afghanistan following the disastrous attacks on Sept. 11, 2001.  Salinger sought seclusion in the mountains of New Hampshire following the disastrous reviews of the film version of his story "Uncle Wiggily in Connecticut."  The two men were never seen together, and mysteriously canceled a scheduled appearance on "The Hollywood Squares" when they learned that Wally Cox would not be a member of the show's nine-celebrity "tic-tac-toe" box. Wally Cox and Joyce Maynard:  No connection, but the lack of any parallels is rather eerie.

Both Salinger and bin Laden became increasingly eccentric in their later years, with Salinger drinking his own urine according to his lover Joyce Maynard, a woman half Salinger's age who, like him, scored an early literary success.  Her world-weary adolescent memoir "An Eighteen Year Old Looks Back on Life" caught the attention of Salinger, who sent her a letter complimenting her style "because you obviously copied it from mine."