...and not voluntary manslaughter, a judge rules 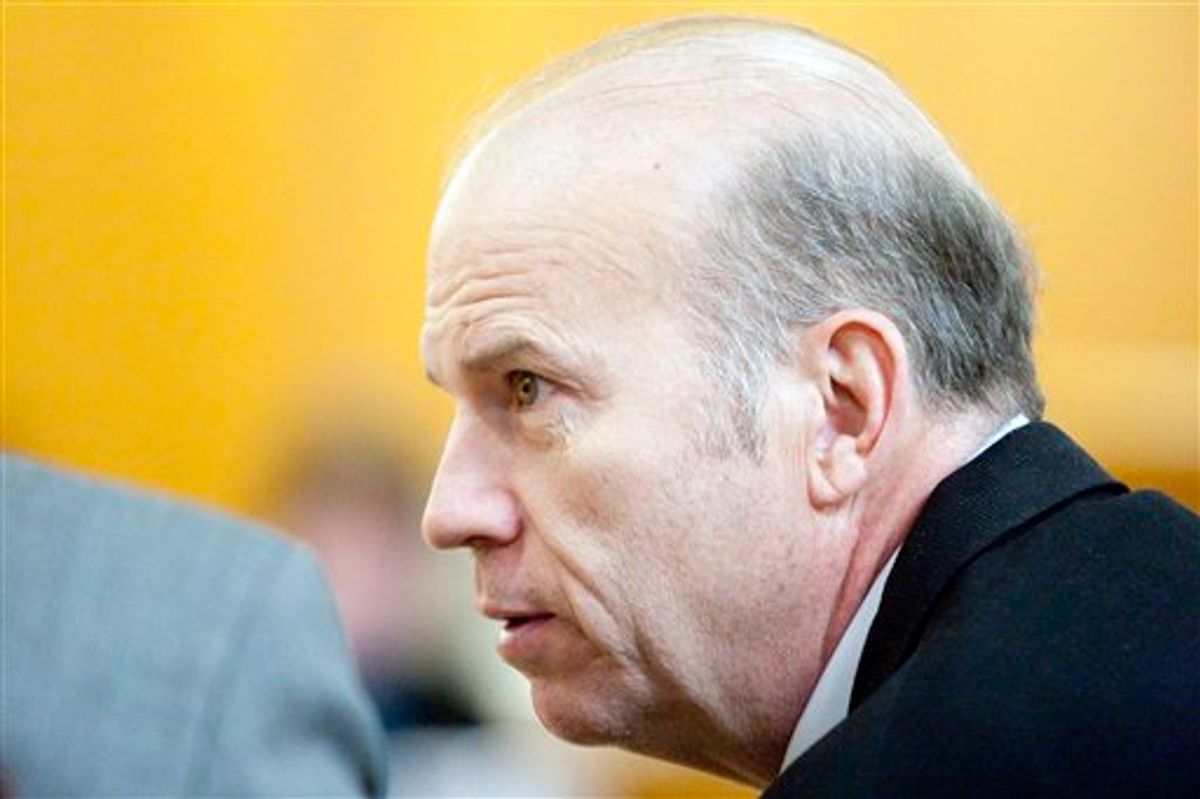 Scott Roeder confers with his attorney during this first-degree murder trial on Thursday, Jan. 28, 2010 in Wichita, Kan. Roeder, a man accused of murdering prominent Kansas abortion provider Dr. George Tiller, took the stand in his own defense Thursday and promptly admitted that he fatally shot Tiller in an attempt to save unborn children. (AP Photo/Jeff Tuttle, Pool) (AP)
--

You can breathe a sigh of relief, because after all that worry, it turns out Scott Roeder will not be given a chance at a lesser charge in the murder of Dr. George Tiller. After the defense rested its case Thursday, the judge ruled that the jury cannot consider a voluntary manslaughter charge, which Kansas law defines as "an unreasonable but honest belief that circumstances existed that justified deadly force" and carries a slim four-to-six-year sentence.

The other revelations to surface today from Roeder's testimony are rather disturbing, if not at all surprising: The 51-year-old admitted to shooting and killing Tiller in his Wichita, Kan., church and said that he doesn't regret it because he believes "abortion is murder" (although later, while talking about abortion in the case of rape, he contradicted himself by observing that "two wrongs don't make a right"). Roeder also admitted to considering other ways to attack Tiller -- including cutting off his hands with a sword, hitting him with a car or shooting him with a rifle -- before settling on his .22-caliber handgun.

Closing arguments will begin Friday morning, but for now you can rest assured that this trial will not set the deadly precedent that gunning down law-abiding healthcare workers is manslaughter and not murder.