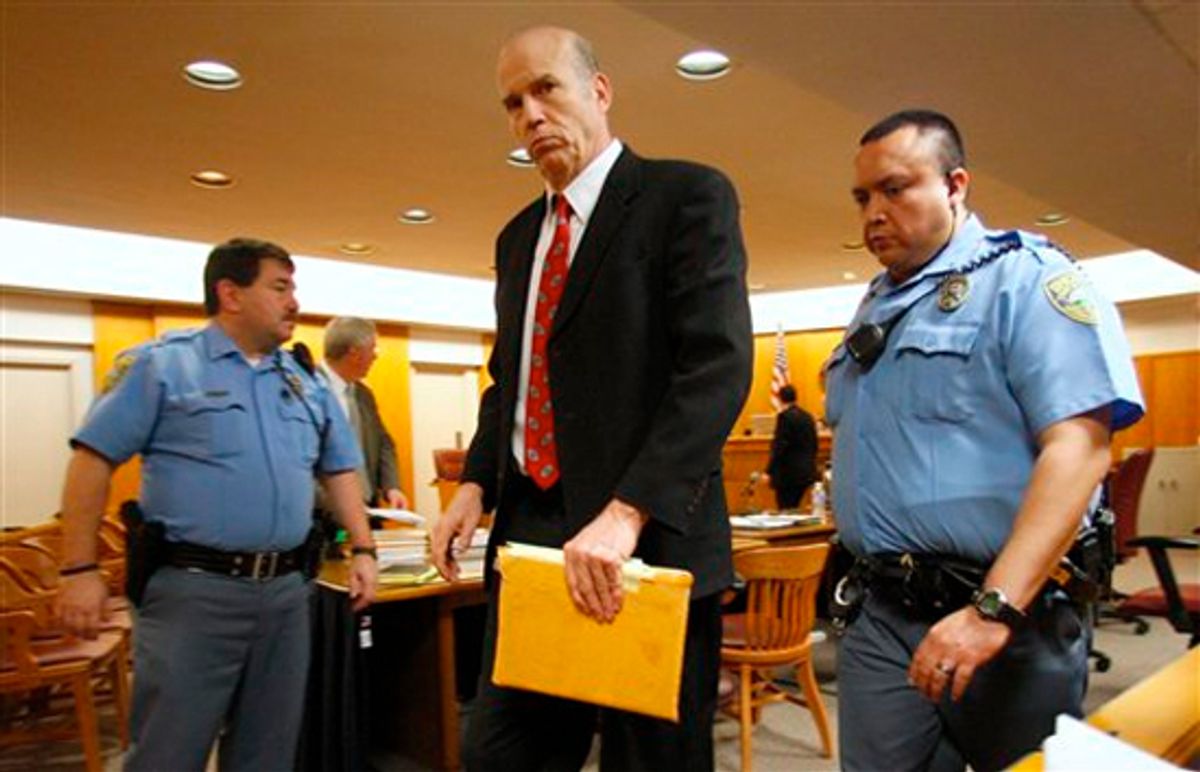 Defendant Scott Roeder leaves the courtroom after the jury heard the closing arguments in his case on Friday Jan. 29, 2010 in Wichita, Kan.
--

It took less than an hour to reach a verdict in the Dr. George Tiller murder trial. Early Friday,  the jury found Scott Roeder guilty of first-degree murder for gunning down the Wichita, Kan. abortion provider in May. The 51-year-old was also found guilty on two counts of aggravated assault against witnesses at the scene of the shooting.

This is just as expected after Judge Warren Wilbert ruled Thursday that jurors would not be allowed to consider a lesser charge of voluntary manslaughter or second-degree murder. The defense was hoping to make the case that Roeder honestly believed Tiller posed an imminent threat to "unborn children" and that using deadly force against him was justified. On the stand, Roeder admitted to shooting the doctor and expressed no regret: "There was nothing being done, and the legal process had been exhausted, and these babies were dying every day."

Luckily, the legal process has not been exhausted in Roeder's case: He will be sentenced in March and prosecutors are expected to seek a "Hard 50," meaning he would have to wait five decades before being considered for parole.