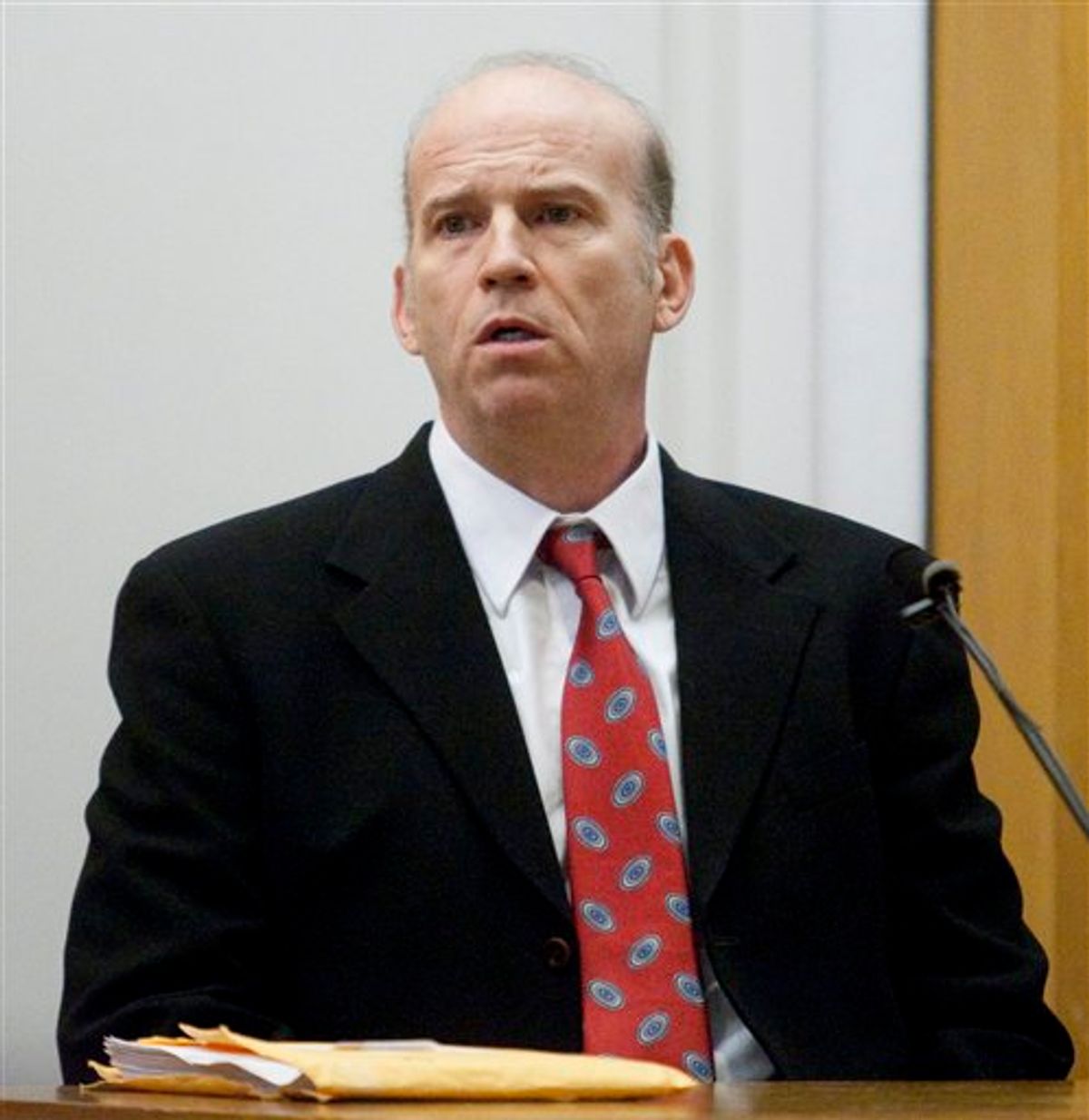 A man who says he killed prominent Kansas abortion provider Dr. George Tiller to protect unborn children has been convicted of murdering the doctor.

A jury deliberated for 37 minutes Friday before finding Scott Roeder (ROH'-dur) guilty of premeditated, first-degree murder. The 51-year-old Kansas City, Mo., man faces a mandatory sentence of life imprisonment with the possibility of parole after 25 years.

Roeder testified that he shot Tiller in the head May 31 in the foyer of Tiller's church in Wichita because he believed Tiller posed an "immediate danger" to unborn children.

His attorneys were hoping to get a lesser charge of voluntary manslaughter for Roeder, but the judge ruled that the jury could not consider such a verdict.

WICHITA, Kan. (AP) -- Jurors have reached a verdict in the trial of a man accused of killing a Kansas abortion provider.

It took the jury just 37 minutes Friday to reach the verdict in confessed killer Scott Roeder's (ROH'-durs) trial. It was to be read late Friday morning.

Roeder has said he shot Dr. George Tiller on May 31 to protect unborn children.

His lawyers on Thursday failed to make a case for a lesser charge of voluntary manslaughter. The judge also refused to allow the jury to consider a second-degree murder conviction.

If convicted of first-degree murder, the 51-year-old faces a mandatory sentence of life imprisonment with the possibility of parole after 25 years.