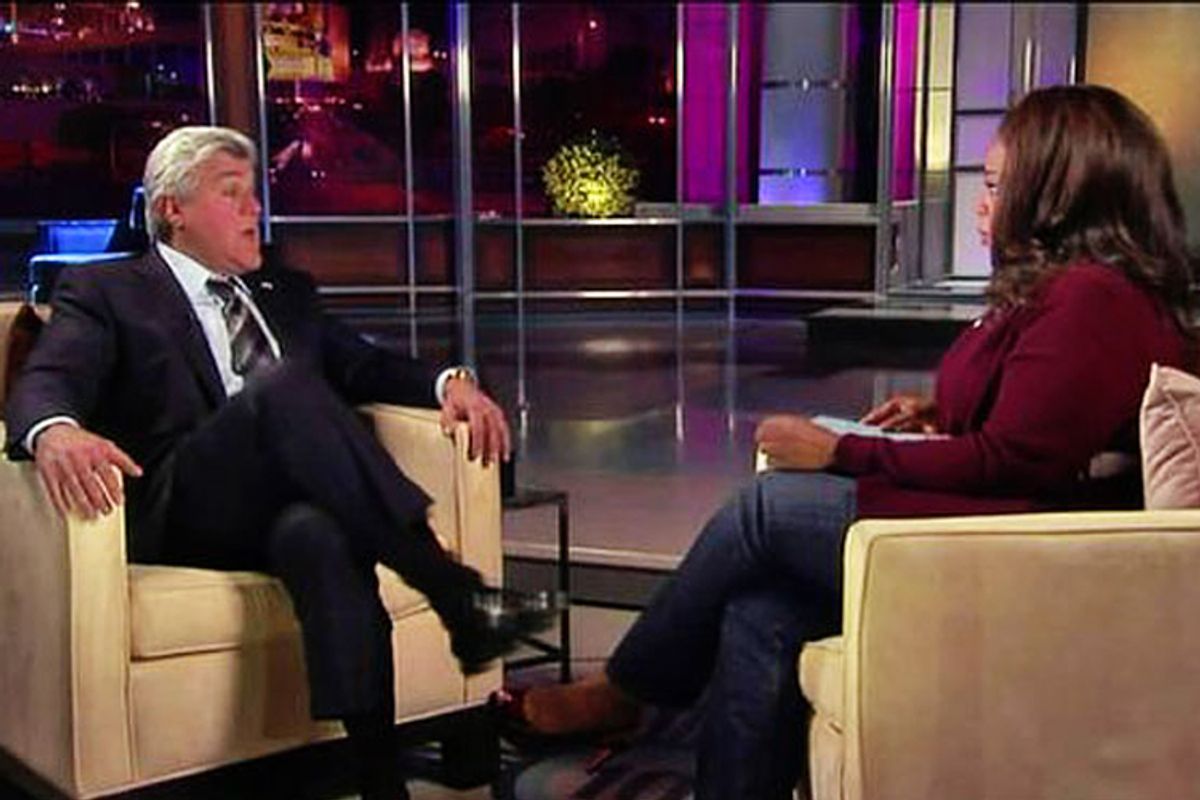 Leno told Oprah Winfrey on Thursday's episode of her talk show that he thinks what happened to O'Brien is "unfair." NBC has unseated O'Brien from "The Tonight Show" and moved Leno back to the program he had hosted for 17 years. Leno is scheduled to return to "Tonight" on March 1.

Leno also says he has "regrets" that the situation wasn't handled better -- but he isn't sure what he could have done differently. He told Winfrey that NBC executives asked him to leave "Tonight" in 2004 because they wanted to give the program to O'Brien.

Harpo Productions has asked O'Brien to appear on "The Oprah Winfrey Show," but an appearance hasn't been confirmed.