"When in Rome": Che bella

Finally, a not-terrible romantic comedy whose heroine doesn't have to be humiliated in order to find true love 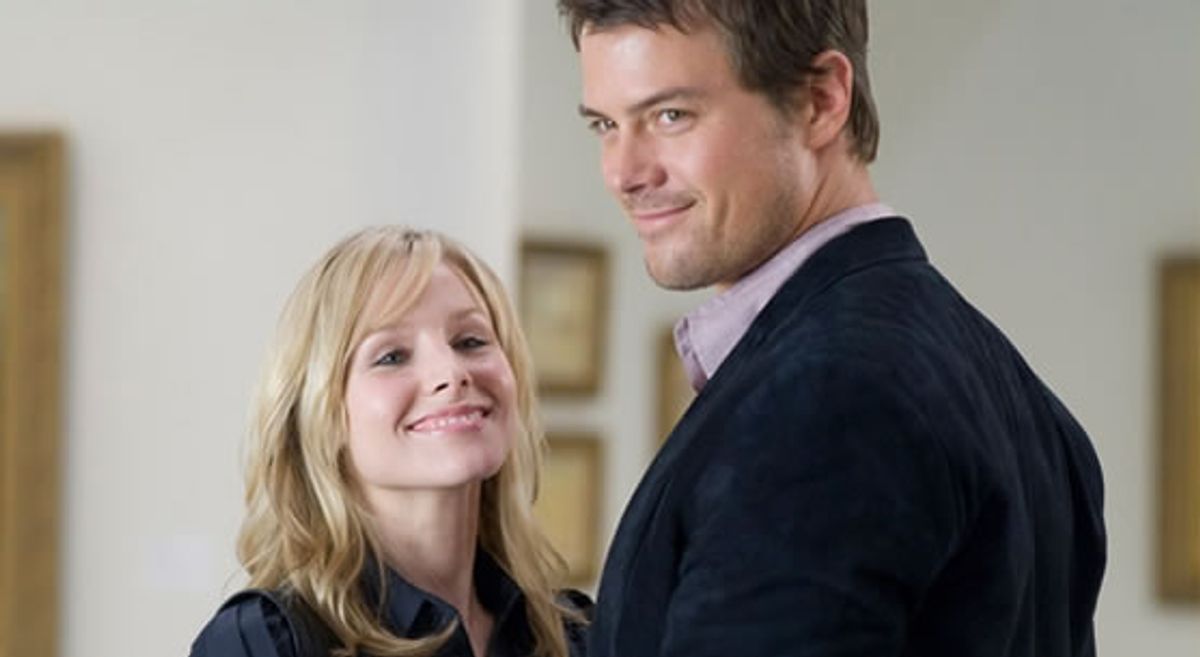 Kristen Bell and Josh Duhamel in "When in Rome."
--

Romantic comedies have gotten so bad in the past few years -- make that the past 20 years -- that it has practically become a survival tactic to trash them sight unseen: Those of us who love the genre keep on loving it, even though, like a bad boyfriend, it almost never comes through in the clutch.

But every once in a while, there's a romantic comedy that's at least good for a roll in the hay. "When in Rome" isn't the answer to our romantic-comedy prayers: It's a bit too rough around the edges; even though it features a few inspired gags, director Mark Steven Johnson (writer and director of "Ghost Rider" and "Daredevil") doesn't give them the sharp, careful shaping they need. But there's a glimmer of something going on here: "When in Rome," flawed and messy as it is, at least attempts to spark a connection, instead of just settling for being slick and impersonal. It's not as nutty as it ought to be -- this is a movie, after all, in which a young New Yorker's love life changes drastically after she retrieves a handful of coins from a magic fountain in Rome. But its stars, Kristen Bell (of "Gossip Girl," "Heroes" and the late, lamented "Veronica Mars") and Josh Duhamel, have an easy rapport; their characters seem to fall in like even before they fall in love, which is unusual for a romantic comedy. And the picture doesn't mistake sappy feel-goodism for sweetness. When the lovers finally get together, you get the sense they've earned it. They wear their bruises and battle scars proudly.

Bell plays Beth, a curator at the Guggenheim Museum, though I should warn you that even though the movie calls her a curator, she's really an event planner: That bit of bait-and-switch nonsense may be a failed attempt on the part of the writers, David Diamond and David Weissman (who co-wrote "Old Dogs"), to give their heroine an "interesting" career rather than a dopey, girly one. Right after Beth discovers that her ex-boyfriend has gotten engaged, she learns that her younger sister (Alexis Dziena) is getting married to a sexy Italian guy. (In the movies, is there any other kind?) Beth will have to travel to Rome for the wedding, even though her icy museum-director boss -- played by a gloriously imperious Anjelica Huston -- is just waiting for her to slip up on an important project.

In Rome, Beth meets and, of course, falls for, her new brother-in-law's best man, sportswriter Nick (Duhamel). He translates her toast -- badly -- into Italian; they dance and have a few drinks. Things seem to be going well, until they're not. At that point, a dejected Beth wades into the (fictional) Fontana D'Amore, over which a stern stone goddess presides. Beth defies the goddess by plucking a few coins from the fountain's not-so-deep depths. As a result, when she returns to New York, an assortment of all-wrong guys -- played by Danny De Vito, Jon Heder, Will Arnett and Dax Shepard -- immediately fall in love with her.

Some of what follows is plainly dumb and not all that funny. Heder's character, a magician, sneaks into Beth's apartment to impress her with a Houdini-like stunt, shattering a glass coffee table in the process; at her sister's wedding, Beth is invited to break a vase into bits -- the broken pieces are supposed to represent the years of happiness the bride and groom will have together -- and the thing turns out to be made of cast iron. But even the movie's lame humor is at least good-natured and freewheeling. It doesn't rely too heavily on the old "humiliate the heroine" routine (most recently seen in the horrific "Leap Year," in which Amy Adams was made to toddle through mud and sand in a pair of too-high heels). And while marriage does figure in the plot, the characters don't obsess over it as the ultimate goal.

And there are a few amusing bits here, some throwaway and some meticulously planned. A tiny-car gag goes further than you'd expect (and occasions a pleasingly ridiculous line from De Vito: "Who made this thing, Fisher-Price?"). Shepard -- Bell's beau in real life -- plays an obnoxious male model for whom self-absorption is a religion: Even as he's wooing Beth in a cozy mirrored Manhattan bistro, he informs her that he can't decide whether he'd rather stare at his own reflection or at her, she's so gorgeous. The joke reads like a perfectly believable dispatch from dating hell.

Bell and Duhamel keep things humming along nicely: Duhamel has the demeanor of a good-looking, nondescript regular guy, and he knows how to work it. He never looks as if he's trying too hard, and his cool approach pays off. It also works well against Bell's timing. Bell is so bright-eyed, so game, that she runs the risk of getting lost in the Hollywood sea of interchangeable blondes. But as adorable as she is, Bell never comes off as bubble-headed. There's something sensible, almost cautious, about her. Bell is playing the ambitious career woman here, but instead of interpreting her character as a barracuda, she makes Beth self-protective and practical. "When in Rome" may fall flat in places, but at least it hasn't had all the personality manicured out of it. And maybe it's just enough to appease, momentarily, the vengeful goddess of romantic comedy, who must be thoroughly sick of humans' desecrating her fountain.

Movies When In Rome