Harold Ford the latest pol to stumble into late-night trap 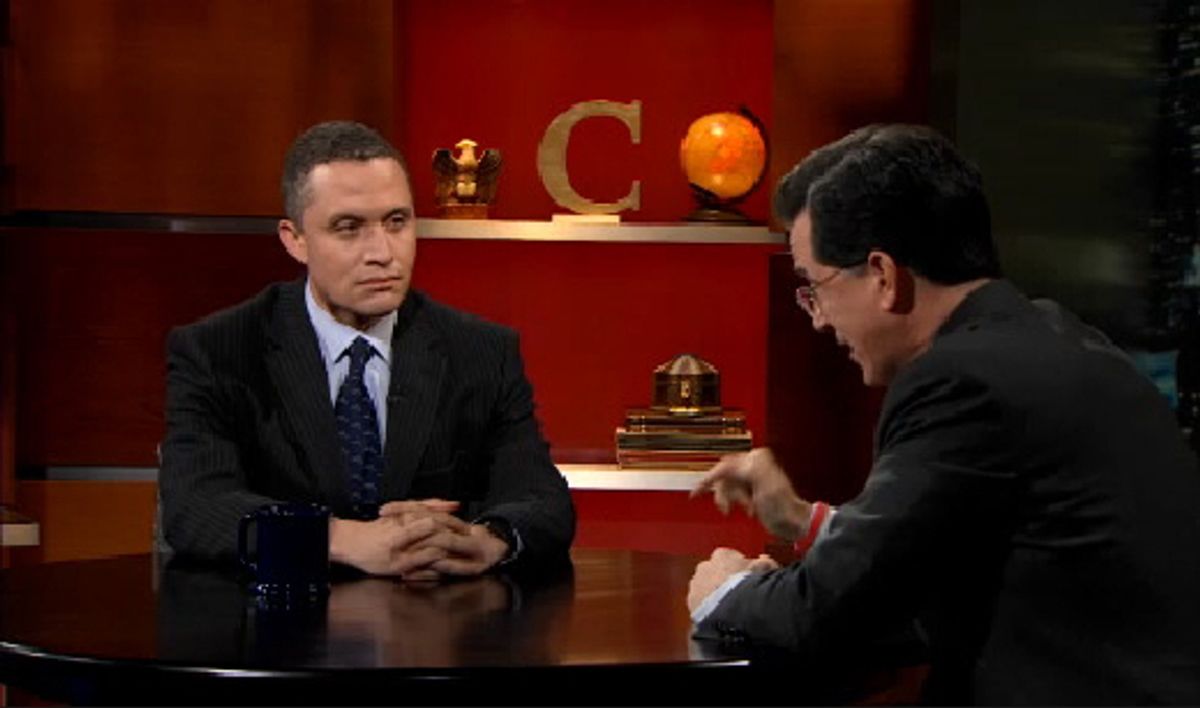 For the most part, despite a string of segments in which he's embarrassed elected officials, politicians tend to see an interview with Stephen Colbert as easy. As long as you can come off looking like you're in on the joke, it's not like he'll ask truly tough questions, so hey, no big deal, right?

Ford was on "The Colbert Report" Monday night to promote his burgeoning candidacy for Senate in New York. But the appearance probably won't do much for his poll numbers, as Colbert spent more than six minutes embarrassing the former Tennessee congressman.

It started with the host's introduction of his guest, when he joked, "Evidently, six minutes at my interview table counts as New York State residency." And things got worse from there, as Colbert made Ford look silly regarding his having changed his position on abortion and same-sex marriage, then derided him for having said he'd seen Staten Island because he'd landed there in a helicopter. "Are there other places in New York you designate as helicopter-only?" Colbert asked.

Watch the whole segment below.