"Fox and Friends" tries hard to make a story out of nothing, and looks silly doing it 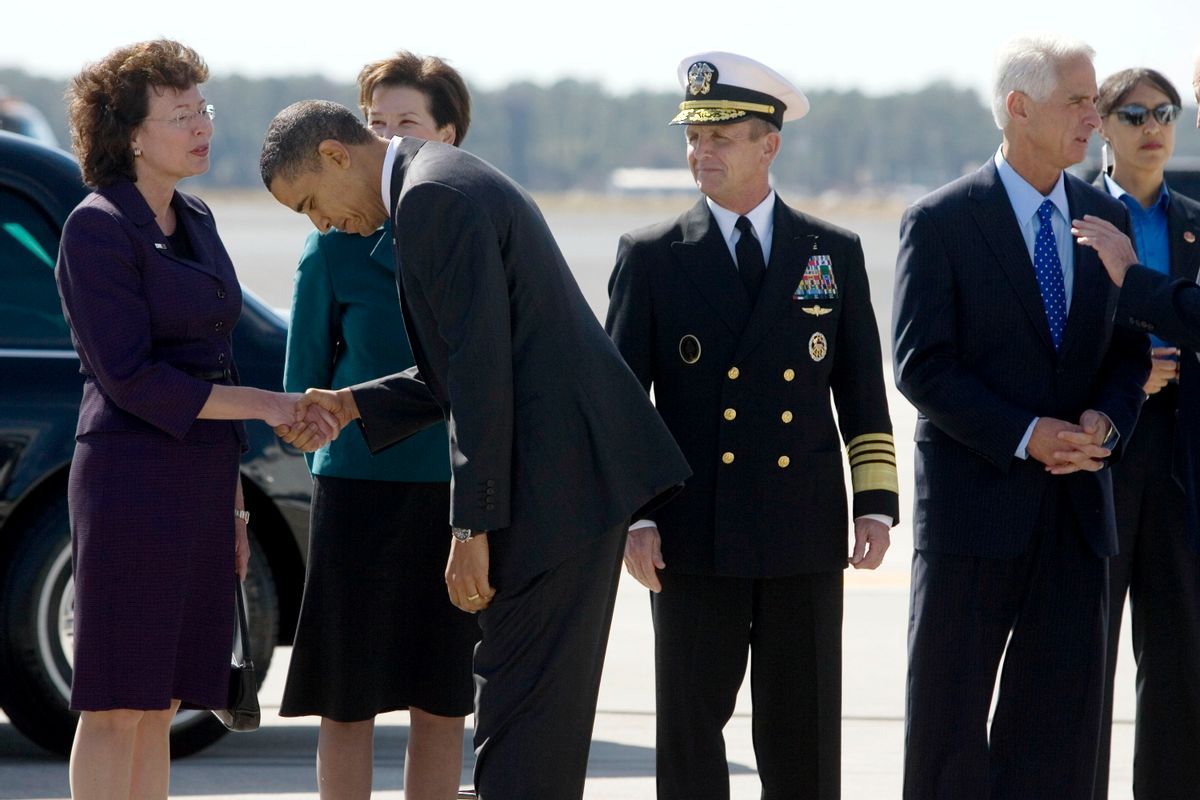 Last year, to listen to some people on the right, you'd think one of the biggest issues out there was President Obama's apparent habit of bowing to foreign leaders.

First, he bowed to Saudi Arabia's King Abdullah, and conservatives went nuts. That seemed to be explained by the implication from anti-Obama commentators -- made explicit in some cases -- that the president was either expressing his secret allegiance to Islam, or at least some willingness to submit to it. Then he bowed to the emperor of Japan, hardly a Muslim nation, and there was still a furor. Now, it seems like some people go crazy every time the poor man bends at the waist.

This whole thing's been set off again by an Associated Press image that appears to show the president bowing to Tampa Mayor Pam Iorio during the trip he made there last week in order to talk about high-speed rail. (On video, it doesn't look as much like a bow; more like a deep head nod.)

When something like this happens, you can depend on Fox News' ever-vapid morning show "Fox and Friends" to be on the case. And, of course, they have been, both Monday and Tuesday this week. On Monday, they were judging.

"Originally people said, you know, the president of the United States bows to no one," host Steve Doocy said then. "But, as it turns out, he bows to everybody." His co-host, Alisyn Camerota, chimed in to say, "We've seen it too many times now."

But on Tuesday, they actually had Iorio on the show. Problem was, Iorio -- a Democrat -- obviously thought their little game was stupid. And they weren't prepared for that.

"It's hard for me to believe this is such a major issue," Iorio said at one point. That didn't stop Doocy and co-host Brian Kilmeade, though. Doocy pressed the mayor, asking, "So it was a mannerly bow?" Iorio responded by trying to politely change topics, perhaps to something with at least a modicum of substance to it.

"It is a mannerly acknowledgment, and not something that I think deserves the kind of analysis that's been going on," she said. "But I can talk about high-speed rail, if you'd like, that deserves a great deal of analysis."

That provoked a little laughter, and a sarcastic-sounding "Right" from Kilmeade. And then the two tried to get Iorio to say the president's trip was really just a campaign event.

The whole thing has to be seen to be believed; with thanks to an eagle-eyed reader, it's below.