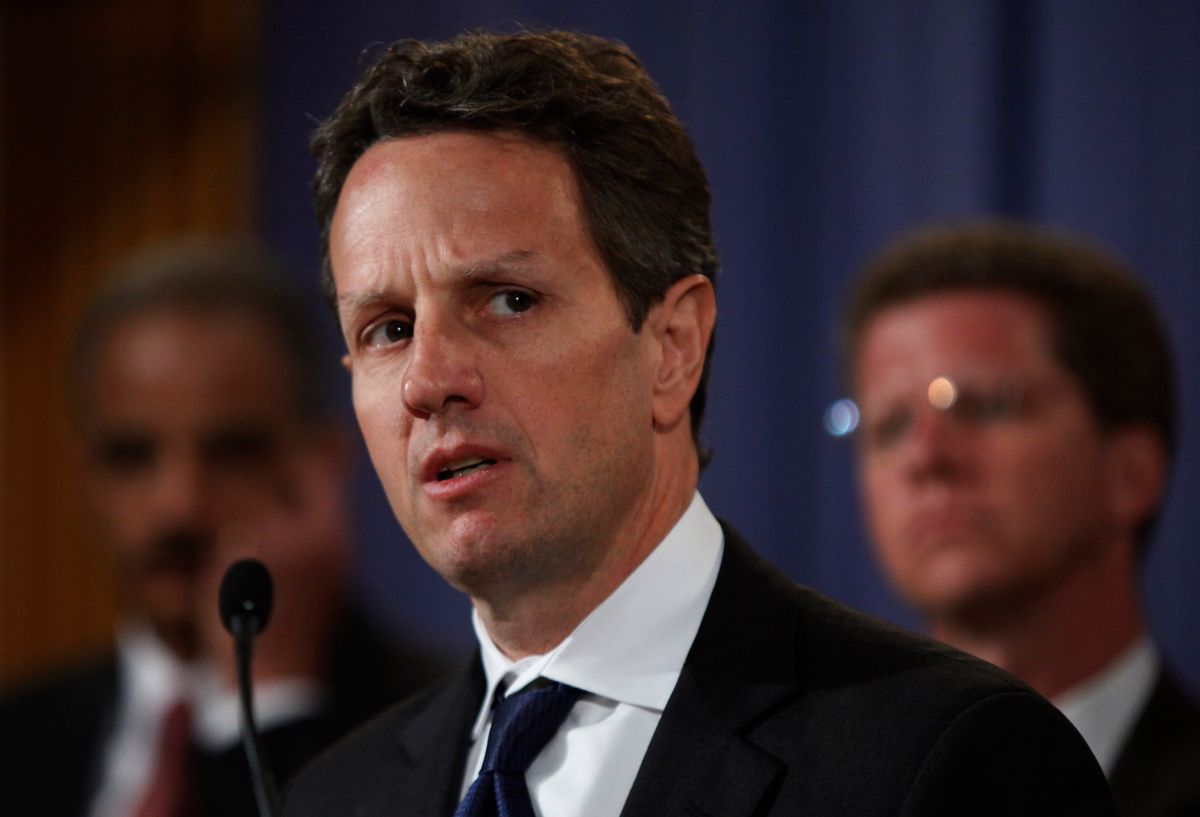 The White House is floating, ever so gently, the notion that they are open to nominations for the position of "Tim Geithner's Successor."

Via e-mail Johnson told me only that the news came from "a very good source" and acknowledged that it might be "White House disinformation ... or some more complicated game.

Although I can construct a scenario in which Geithner's lack of enthusiasm two weeks ago for Obama's new banking regulatory initiatives, combined with his unpopularity with both the left and the right, might be encouraging the White House to look for ways to jettison him, it still seems like an awfully risky strategy, more likely to fuel perceptions of White House chaos than anything else.

For Johnson, the titillating leak mainly served as a segue into recommending that Tom Hoenig, president of St Louis Fed, be chosen as the next secretary of the Treasury. Hoenig, writes Johnson, has the right views on breaking up Too Big To Fail banks and would be the kind of straight shooter who could go toe to toe with Wall Street CEOs.

That's great. But Hoenig is also a noted inflation hawk who, just last week, was the only member of the Federal Open Market Committee to dissent from the position that the Fed needed to keep interest rates near zero for the foreseeable future. He's on record as worried that the stimulus will fuel inflation in the near term. Do we really want a monetary conservative as treasury Secretary with unemployment holding steady at 10 percent?

This hesitation is understandable although likely mistaken; you don't keep the federal funds rate essentially zero for long when nominal GDP is growing at more than a 6 percent annual rate. In any case, the issue is irrelevant for the Treasury job. The Treasury Secretary's responsibility in a modern administration is to run financial sector policy, meaning bailouts and how to avoid them. Peter Orszag has the budget and Ben Bernanke (gulp) holds the monetary tiller. What we desperately need is someone who can sort out our largest banks.

If we knew that GDP was going to keep growing at a 6 percent annual rate, well, OK then. But we don't. Quite the opposite: Optimistic projections for next year expect annual growth of around 2.5-2.7 percent. Pessimists see a double dip recession waiting just around the next quarter. What Obama needs most right now is help figuring out how to avoid that recessionary relapse and bring unemployment down. Is Hoenig the guy for that job?

How The World Works Timothy Geithner