Aide workers focus food handouts on the weaker sex. Is it fair? 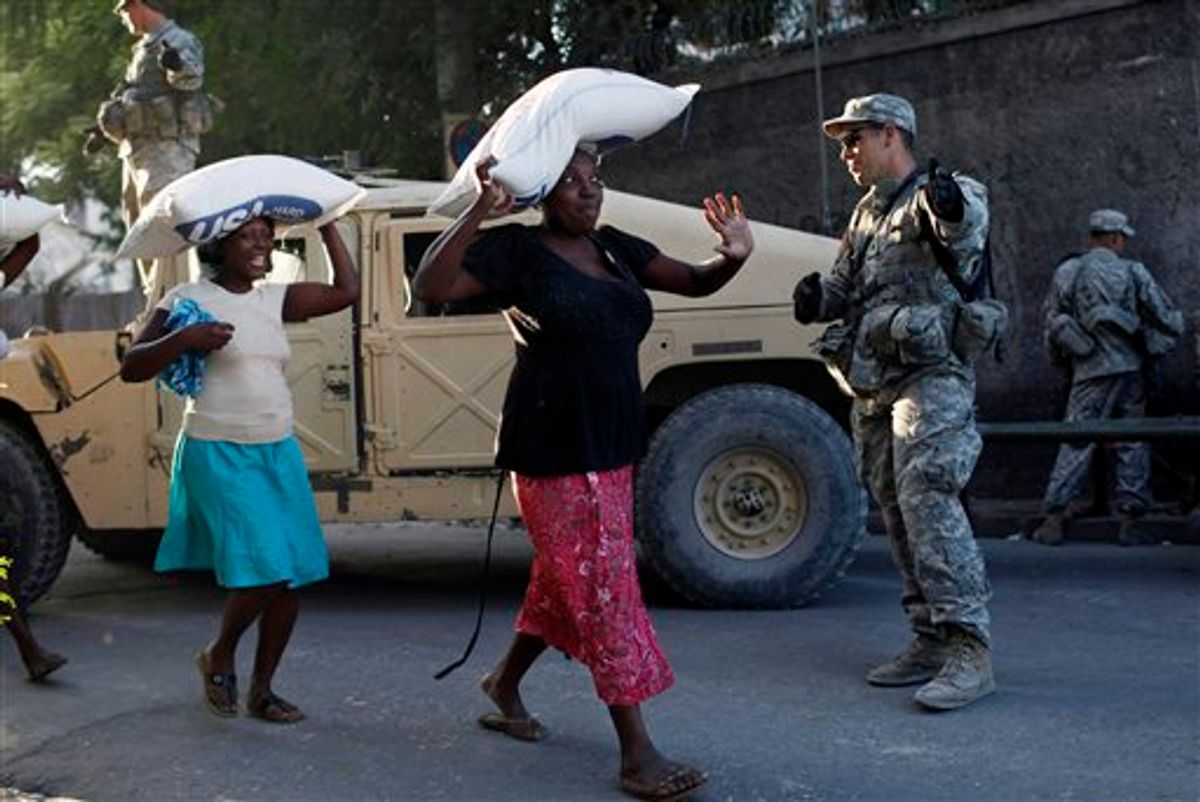 It's been every man and woman for themselves as aide workers attempt to deliver food to the desperately hungry in Haiti. Sometimes scuffles break out, strapping young men push their way to the front of the line or men grab bags of rice from women. In response to such chaos, the World Food Program and the United Nations have arranged special food handouts focusing on women to make sure they get their fair shot. But, some would ask, just how fair is that?

In the immediate aftermath of the quake, I wrote about attempts by relief workers to help women in particular. The post was controversial, to say the least. Suddenly, my in box was inundated with e-mails from men who deemed it a sexist approach -- and understandably so, because many interpreted it as a concerted effort to deny help to men, as opposed to better serving both sexes. Truth is, all of the experts I spoke with simply advocated for an approach that took into consideration the special needs of women and children post-disaster -- from supplies like birth control and prenatal vitamins to protection from domestic violence and sexual assaults, both of which increase during crises. They were searching for a way to utilize women's social roles as primary caretakers and community hubs as an asset to the rescue mission and the distribution of food and supplies to men, women and children. Their thinking wasn't to exclude men but to make a point of including women to everyone's benefit.

All that said, when you take in images of only women lining up for food and read about hungry men being held back by U.N. peacekeepers, it's a cause for pause. It might even give the impression that food handouts are only being delivered to women, which is not the case. Even I, having written about the reasons for targeting aide toward women in specific ways, found it discomfiting. But this is the reality of trying to impose order and fairness in a crisis that has pushed people to their ultimate limit of hunger and despair. We rely on what we've learned from past crisis situations: Women are less likely to get violent, so some women-focused food handouts are set up. Women are more likely to distribute the food to those most in need, so special efforts are made to put food in their hands. A spokesperson for the United Nations' World Food Program told the Associated Press: "Our experience around the world is that food is more likely to be equitably shared in the household if it is given to women." And then there is that inescapable fact of biology: In an "every man for himself" scenario, most women don't stand a chance.

All of these generalizations are factually true, but of course plenty of men, and women, also defy them. When supplies are short and people are starving, you do what you can. It isn't a perfect system, but it's the best one we've got.