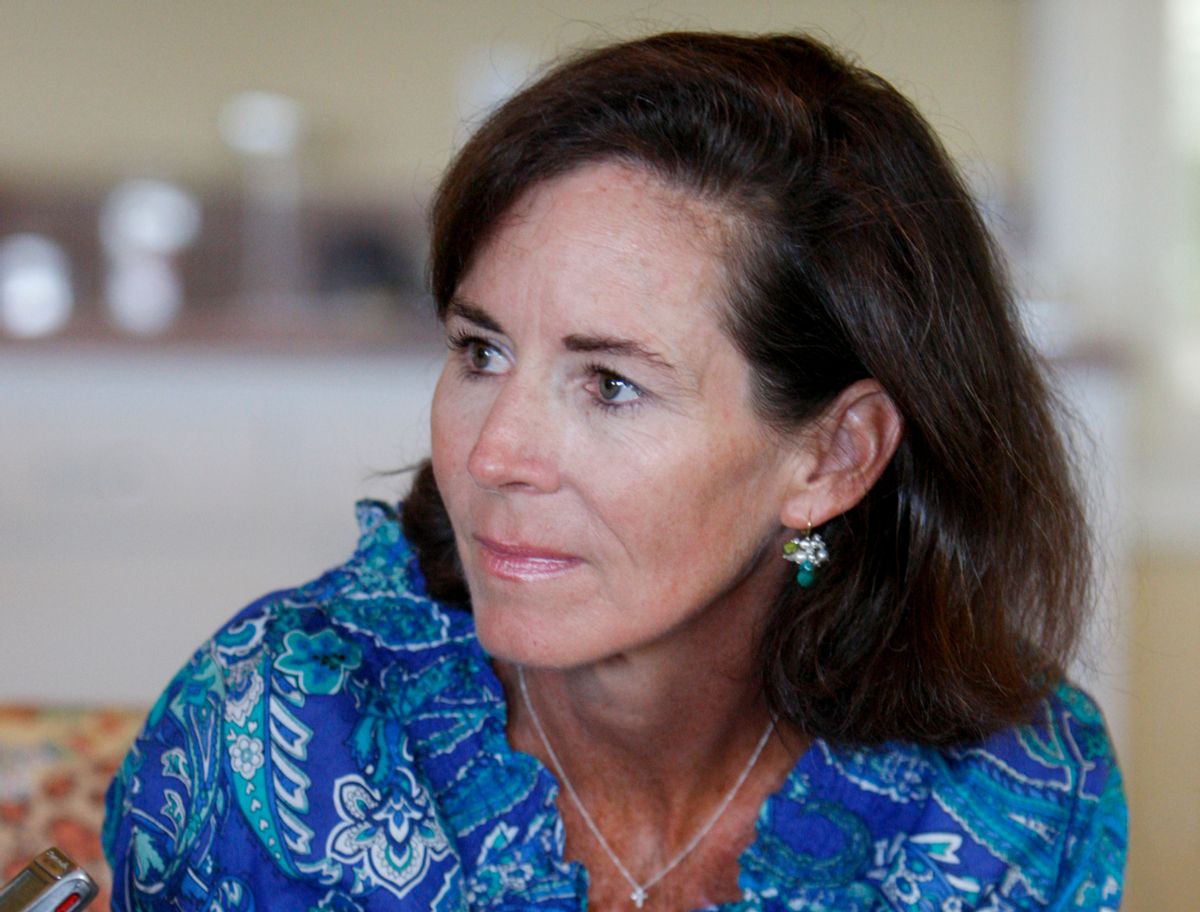 I never imagined I'd say this to South Carolina Gov. Mark Sanford, but points for self-awareness, dude. Among the revelations his wife, Jenny Sanford, made in a "20/20" interview with Barbara Walters airing Friday is that before they were married, Mark -- who, 20 years later, would leave his wife (and constituents) with no forwarding address while he enjoyed a fling with his Argentine "soul mate" -- "refused to promise to be faithful, insisting that the clause be removed from their wedding vows." You can say a lot of things about Mark Sanford and his kooky, all too public midlife crisis, but apparently, you can't say he gave his wife no warning.

Still, you also can't say Jenny was wrong to be pissed when it happened, and the fact that she obviously was -- that, unlike so many previous politicians' wives humiliated by short-sighted, philandering husbands, she didn't literally or figuratively stand by him while he offered the requisite rationalizations and hollow apologies -- made her an intriguing figure. Last June, half a dozen Broadsheet contributors pondered why she hung him out to dry before the cameras (after having let the media know he was missing, not hiking the Appalachian Trail, in the first place), later issuing a press release suggesting she might just take him back. What was she thinking? What did it all mean? Why wasn't she following the script? Although each contributor had a different perspective, the broad (ha!) consensus there was, "Huh, that's weird. Also, Mark Sanford? Huge douche."

It was interesting, certainly, that after 15 years of managing her husband's career, Jenny Sanford didn't -- as Judy Berman put it -- go into the "automatic career damage control mode we saw from Hillary Clinton and Silda Wall Spitzer." It was also interesting that, as Amanda Fortini pointed out in the round table, Jenny Sanford's press release not-so-subtly highlighted her own career accomplishments. ("I personally believe that the greatest legacy I will leave behind in this world is not the job I held on Wall Street, or the campaigns I managed for Mark, or the work I have done as First Lady or even the philanthropic activities in which I have been routinely engaged...") It was all kind of interesting, and kind of weird, at the time. Also, Mark Sanford? Huge douche. But several months after the nation finally moved on from the salacious story, is there really anything new to capture our interest?

Jenny Sanford's memoir, "Staying True," was released on Tuesday, and between that and the Barbara Walters interview, people can't stop talking about her this week. But apart from that tidbit about their wedding vows, and the revelation that he asked for her advice on how to spin the affair to the press -- damn --I haven't heard of any juicy details that would make me want to read the book, or watch the interview, or even have a beer with the beleaguered wife. I mean, I'm sure Sanford's a lovely person, and she's very smart and accomplished and everything, but -- with all due respect -- so what?

Unfortunately for Jenny Sanford, the very thing that made her newsworthy back in June -- her refusal to put her husband's career before her understandable desire to get away from the cheating jerk -- is what makes her seem a little snoozy now. It was exciting at the time only because so few politicians' wives in similar situations have been bold enough to do exactly what we'd all expect them to, i.e., the thing that makes sense. But while doing stuff that makes sense is a fine and admirable strategy for one's personal life, it's not a great one for crafting a page-turner of a memoir or generating buzz about it. We're drawn to behavior that makes no sense at all -- a married governor mysteriously decamping to Argentina for days, then turning into a giddy schoolboy when speaking publicly about his mistress; a wife sticking up for her high-profile husband after he's caught with his pants down; Jenny Sanford herself seeming more than ready to toss Mark out, yet issuing a press release that teased us all with the possibility of reconciliation. That's the stuff that makes us think, "What the hell is going on here?" and anticipate the tell-all book explaining it.

"He acted like a huge douche, and you all know that story, so then I left" isn't quite so compelling. In fact, according to the AP, Sanford's publisher isn't even openly trying to capitalize on her husband's famous affair or her response to it: "The outside dust jacket of the book makes no mention of the affair, or even that the author is the first lady of South Carolina. The cover has just the title and her name and a picture of Sanford sitting on the beach in a rose blouse and blue jeans. The back of the dust jacket contains an excerpt from the book that includes what the author calls the simple truth she has come to learn." Wow, really? I mean, I can appreciate the desire to rise above a tawdry scandal -- that, unfortunately for Jenny Sanford's intrigue factor, also makes perfect sense -- but successful middle-aged white women sharing "simple truths" about life (SPOILER ALERT: It's about what you put into and/or make of it) are a dime a dozen in the memoir category. I need a little more to whet my appetite before I'm willing to part with even an artificially low $9.99.

And judging by the promo for the Barbara Walters interview -- which identifies Sanford, in a hilariously over-the-top movie trailer voice, as "the woman who didn't stand by her man!" -- there are no new crazy-pants jaw-droppers here, just a woman scorned, who filed for divorce and moved on. Sure, marrying a guy who refused to include fidelity in his vows, then expecting fidelity from him, is a pretty classic "What was she thinking?" move, but it doesn't take a whole book to explain that. ("It bothered me to some extent, but ... we were very young, we were in love," she told Walters.) So, for her sake and her publisher's, I hope Sanford's famous name and involvement in a high-profile scandal will move a lot of books, and I do admire her personally for seeming quite strong and levelheaded. But as a reader, sometime cultural critic and aficionado of messed-up public behavior, I don't really get what the fuss is about. If Jenny Sanford weren't flogging a memoir right now, I'd be writing, "Why are we even talking about this? The poor woman has been through a lot, and reacted like any reasonable person would -- can't we just leave her alone?"