What won't the GOP do to block Obama on security?

On the campaign trail John McCain supported closing Guantanamo, but he's opposing Obama's plan to do it 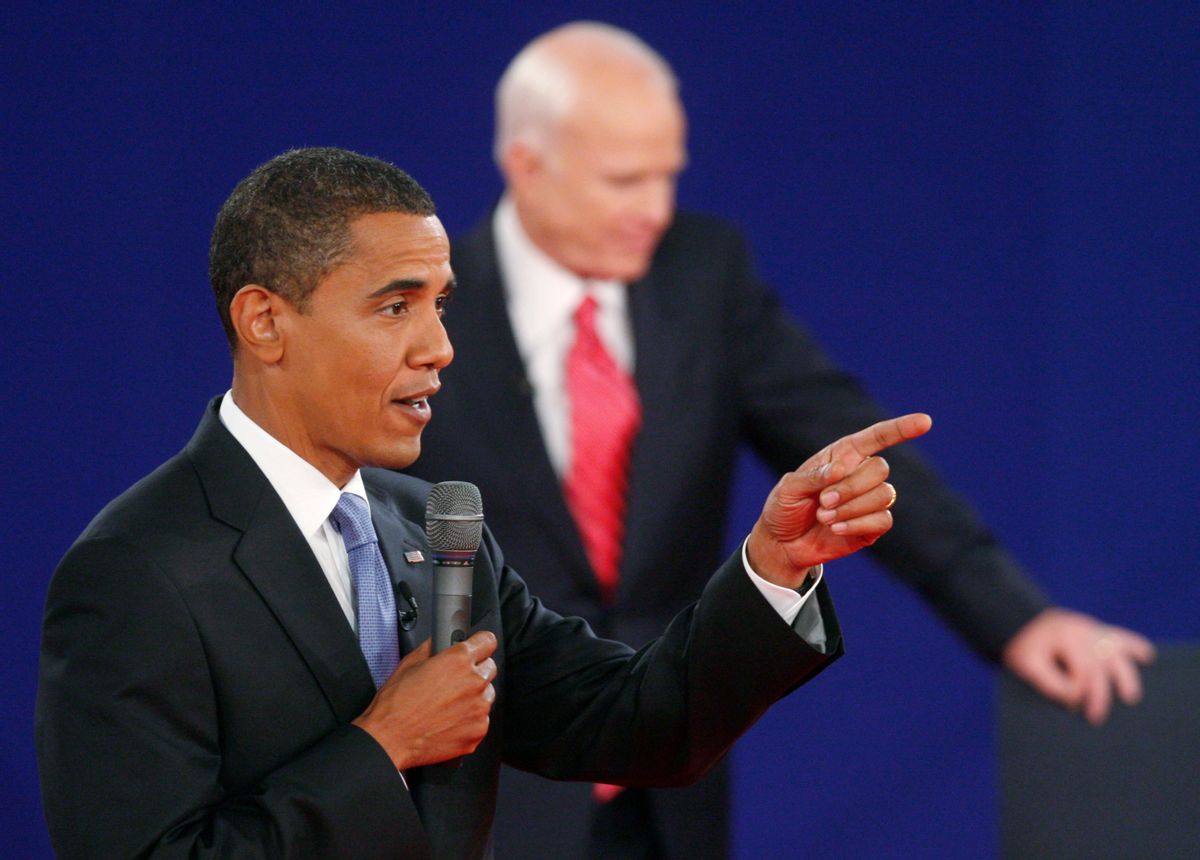 Glenn Greenwald laid it out well today: It's astonishing how many Republicans, and even some Democrats, have decided that controversial Bush-Cheney detention and interrogation policies, even some widely repudiated during the 2008 presidential campaign, didn't go far enough.

Although would-be shoe bomber Richard Reid was read his Miranda rights in 2001, the Obama team is being trashed for doing the same with would-be underpants bomber -- who is now, according to NBC News, providing useful information to interrogators. The Bush administration tried Reid, as well as the so-called 20th hijacker Zacarias Moussaoui, in federal criminal court, and convicted both; Obama's plan to try 9/11 mastermind Khalid Sheikh Muhammed in New York is being attacked by most Republicans as well as some New York Dems, who should know better.

Has anyone else noticed that the once-fierce GOP, which used to be (ickily) considered the "Daddy party," strong enough to protect us (the sexist formulation had Democrats as "Mommy," always wanting to take care of us and wipe our noses), lately seems like a bunch of bed-wetters, afraid to let our Democratic institutions work to keep us safe? We've tried hundreds of terrorists in criminal court and convicted them, and they sit in supermax American prisons. Not one has gotten out to terrorize again. But now Republicans are claiming that the policies pursued by Bush and Cheney regarding criminal trials for terrorists aren't enough. We have to be kept even safer! But if we agree to be terrorized by the thought of using our institutions to protect us from terror, well, haven't the terrorists won? I'm confused.

The administration's decision to put money in next year's budget to fund closing Guantánamo is likewise producing some hilarious moments of hypocrisy. One of the biggest hypocrites is John McCain, who called for the closing of Guantánamo on the campaign trail, in March 2008. That was the McCain of integrity; the former prisoner of war and torture victim who could see that Guantánamo had become a symbol of an America gone wrong, a symbol that was hurting us on the battlefields of Iraq and Afghanistan, and among Muslims generally.

Back then McCain wanted to transfer the Guantánamo detainees to Fort Leavenworth in Kansas, but a funny thing happened: Both the state's GOP senators, Sam Brownback and Pat Roberts, said no. Now the plan is to house them in the near-empty Thomson Correctional Facility, 150 miles outside of Chicago. Local leaders are on board, Ill. Sen. Dick Durbin backs the plan -- but it's become controversial, because Obama's behind it.

So now, his Leavenworth plan scotched by members of his own party, McCain is blasting Obama's Thomson plan. "I have always stated that we need a comprehensive plan to close Guantánamo safely and legally," he said in a statement last month. "The Administration still has not crafted such a plan, and I do not think we should transfer any detainees into the United States until such a plan is presented to the American people and approved by the Congress." Of course, part of developing "such a plan" would involve selecting a site for the detainees and getting it ready, which Obama is doing in his budget. He's not shuttling detainees to Illinois this weekend on Air Force One (stopping maybe at the Super Bowl in New Orleans on the way. "Who dat?" indeed).

And while I'm all for the president conferring with Congress, it should be noted that Bush didn't ask Congress for permission to begin to house captured prisoners, with no charges, at Guantánamo. There are two different sets of rules for Democratic and Republican presidents, and of course the media play along. (Glenn captures my MSNBC friends Chuck Todd, Savannah Guthrie and Mark Whitaker chortling and tsk-tsking over Obama's "self-inflicted wound" in doing with Muhammed what Bush did with Moussaoui. They each know better.)

McCain has changed course on two military issues of late, Guantánamo and "don't ask, don't tell." I'm sure it has nothing to do with having a crazy birther challenger from the right, former Rep. J.D. Hayworth. I'm sure he's just being all mavericky again.

On MSNBC's "The Ed Show" Tuesday, I got to respond to Wyoming Sen. John Barrasso, who was kvetching about Miranda rights for Umar Farouk Abdulmutallab, a New York trial for Muhammed and moving Guantánamo detainees to the U.S. Most of it was standard GOP talking points, but he took a nasty swing at Obama, echoing Dick Cheney's vicious claim that Obama is making the country less safe.

I shouldn't be surprised, but I'm always surprised when these people level what is perhaps the worst charge you can against Obama -- that he's making us less safe -- with absolutely zero evidence. Obama called it "rank politics," but it's worst than usual, because it really is playing politics with American security. Ed Schultz said Barrasso's position "floored" him; I replied we shouldn't be floored by anything anymore, because even formerly sane Republicans will do anything to undermine this president.