Screenwriting, the most meaningless Oscar

How did an action script like "District 9" get nominated over the beautifully crafted "The Informant!" 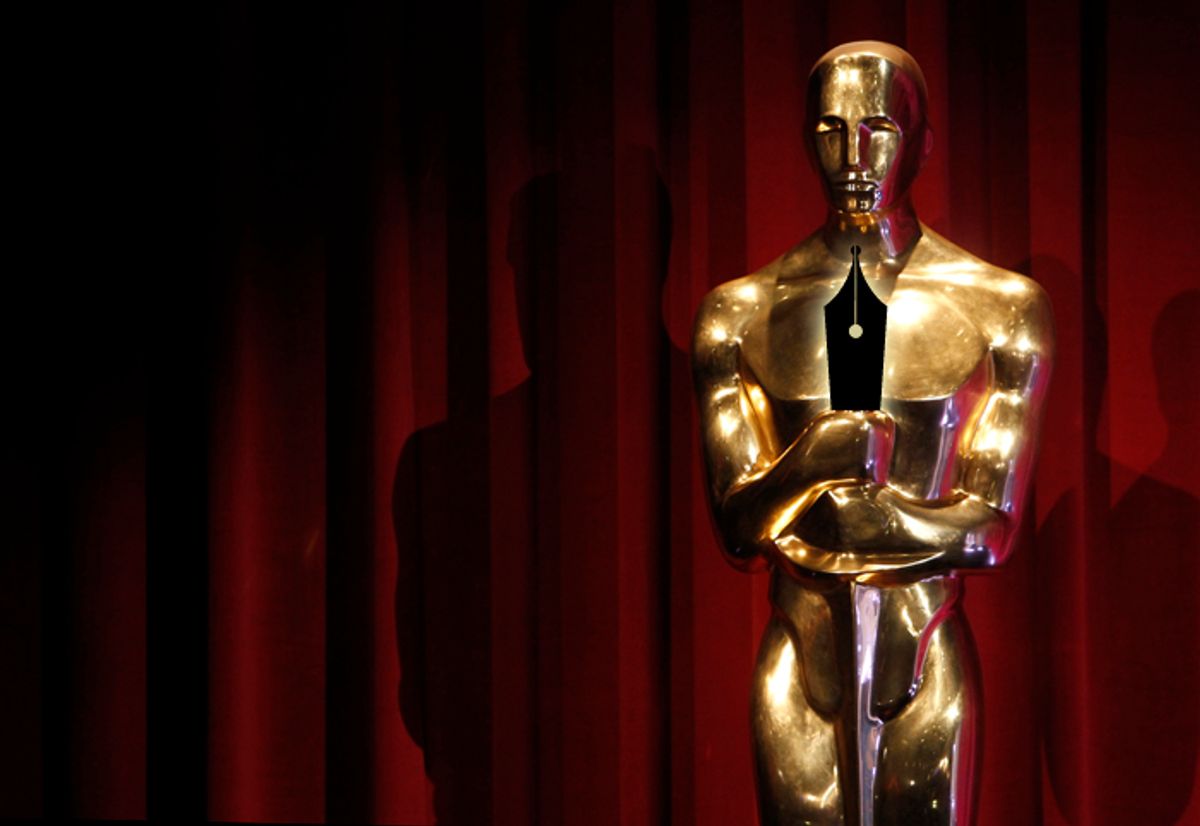 Andrew Grant, best known as Filmbrain on the Internet, is a critic and blogger. He is also president of the boutique distribution company Benten Films.

Of all the Oscar categories, it's the two writing awards that have become the most meaningless. Though there are usually one or two exceptions, the actual quality of the writing increasingly takes a back seat to popularity, box office and potential nominations in higher-profile categories. Browse through the list of past winners, and you'll find plenty of films that were awarded best screenplay without being nominated for best picture (cf. "The Lavender Hill Mob," "The Bad and the Beautiful," "Splendor in the Grass," etc.). In fact, up until the mid-1980s Oscar's track record for screenwriting awards is, for the most part, beyond reproach. In recent years, however, we've seen the writers of films like "Crash," Little Miss Sunshine" and "Juno" walk away with awards for screenplays that hardly belong in the same category as works by Robert Towne, Joseph L. Mankiewicz or Paddy Chayefsky. Did fellow screenwriters truly find "Crash's" on-the-nose dialogue a prime example of the art form, or were they just responding to the hype and an aggressive Oscar push?

Given its lone nomination, "In the Loop" is the only film recognized solely for its writing, and rightly so. Its rapid-fire dialogue recalls Billy Wilder and I.A.L. Diamond at their best (though far more vulgar), and it is without question the best in the category by a long shot. What's most surprising is that Steven Soderbergh's "The Informant!" didn't pick up a single nomination, particularly in the screenwriting category. How any voting member of the Academy can justify choosing "District 9," a film that is hardly dialogue- or character-driven, over Soderbergh's rich and beautifully written adaptation is a complete mystery.

What passes for screenwriting these days is worrisome by any measure. "Avatar," the most successful film of all time (and a glorious spectacle), has some of the worst dialogue in recent memory. Now more than ever it's critical to recognize those that are striving to keep the art of the screenplay alive. The best-picture Oscar can and will remain a populist award. That shouldn't be the case for recognition of genuine craft.